Get The First Glimpse Of Wedding Ceremony From Ankita Lokhande’s Wedding- Exclusive!

After waiting for too long finally the moment of happiness and dream coming true came for famous television actress Ankita Lokhande and her long-time boyfriend Vicky Jain. A red carpet event that was supposed to take place at Ankita Lokhande and Vicky Jain’s wedding, however, was called off due to the worsening situation of Covid-19 in Mumbai. One of the close sources of Ankita said in a statement that Ankita and Vicky’s wedding ceremony will now be an intimate gathering attended by close family and a handful of friends only. However, Ankita’s pre-wedding rituals and celebrations began on Saturday with a fun Mehendi ceremony which was followed by an engagement sangeet and Haldi ceremony. 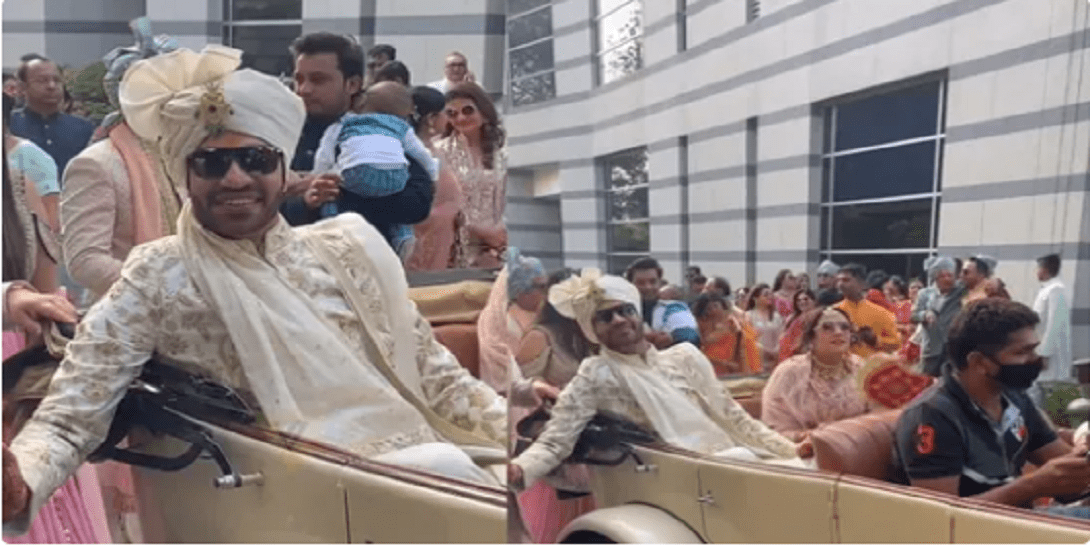 Several pictures and videos of Ankita and Vicky’s intimate ceremonies were shared online by their friends on social media. Actors Amruta Khanvilkar, Mahhi Vij, and several others gave an inside look at the fun moments from the celebrations. Yesterday, Kangana Ranaut, who shared the screen with Ankita in 2019 with the film Manikarnika, attended Ankita’s cocktail party and posted her pictures on the Instagram handle.

Even Ankita had also shared the pictures of her pre-wedding shoot on her official Instagram handle. Titled The Sands of Time, the video has been shot by The Wedding Story. Not only the celebrations of Ankita’s wedding but her wedding invitation has also caught everyone’s attention. The blue wedding card in silver embossed writings, decorated with crystals looked royal as ever.

Talking about Ankita and Vicky’s relationship they have been dating each other for a while now. Earlier this month, the couple shared officially that the wedding rumours are not rumours anymore by sharing beautiful photos from a pre-wedding ceremony that they hosted at their house.