Amitabh Bachchan’s granddaughter Navya Naveli Nanda has taken the initiative to break the stigma associated with periods. She has shared a post on social media. To support her point, Navya has shared a meme about Kim Kardashian’s Met Gala look and shared it on social media. Actor Amitabh Bachchan’s granddaughter Navya Naveli Nanda on Wednesday shared a post emphasizing on breaking the stigma prevalent in the society regarding periods. He has also shared a meme inspired by Hollywood actress Kim Kardashian’s Met Gala look to support his point. Through the meme, she has compared Kim Kardashian’s head-to-toe clothing with a packet of sanitary pads and told it to be delivered in black polythene by pharmacies across India. 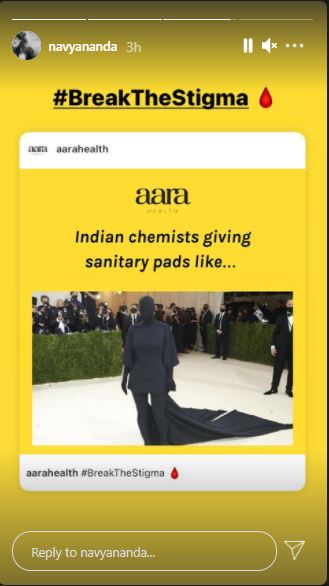 Navya shared the post with the caption “#BreakTheStigma”. Along with this, she has also shared a blood drop emoji. Reacting to the post, Navya has also posted a laughing emoji. In fact Navya Naveli Nanda along with Mallika Sahni, Ahilya Mehta and Pragya Sabu has started online healthcare platform Aara Health for women. Aara Health aims to create a secure virtual healthcare platform for women, thereby bridging India’s healthcare gender gap. 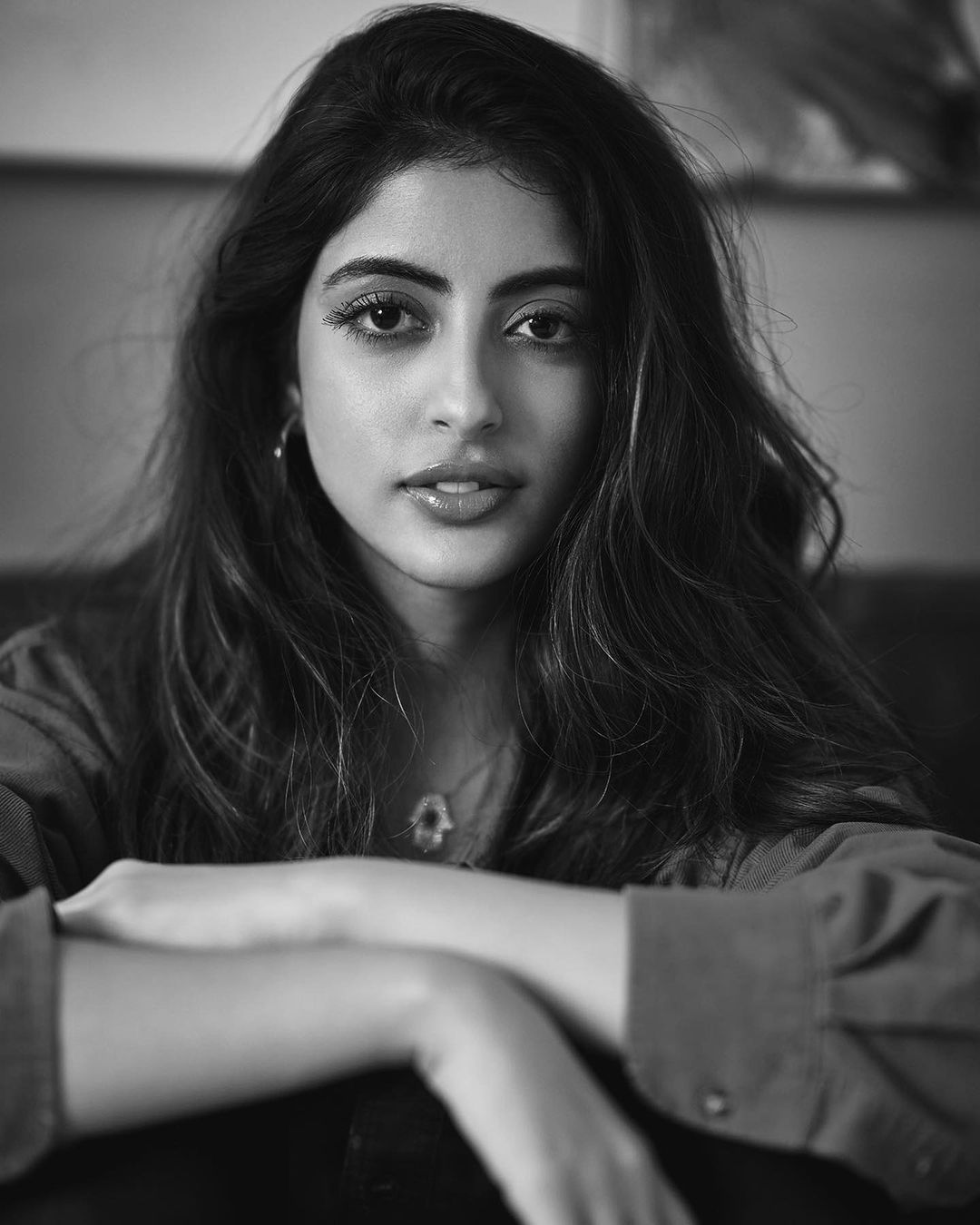 Navya is very active on social media, she often shares her pictures and videos on Instagram which also goes viral very fast. Meanwhile, Kim Kardashian walked the red carpet of the Met Gala event in New York City on Monday, covering her entire body with a dress. While many people are appreciating Kim’s dress, many of her fans are in awe of her look. Navya has not yet entered the film industry but her popularity is no less than a celebrity. You can guess this by looking at her social media. Navya is known to express her opinion on social issues. Recently hee name was being linked with Javed Jaffrey’s son Meezaan Jaffrey. She had kept her silence on that issue but Meezaan Jaffrey had said that she was only a good friend of his.