‘I Am Ashamed To Be A Hindu’, Swara Bhaskar Gets Angry On The Slogan Of ‘Jai Shri Ram’ In Front Of People Offering Namaz

Actress Swara Bhaskar, who has her opinion on every issue of the country, has once again expressed anger by tweeting. Swara Bhaskar is furious over Bajrang Dal workers raising slogans of Jai Shri Ram in front of people offering prayers in Gurugram, adjacent to the national capital Delhi. He tweeted the video clip of the incident and said that he is ashamed of being a Hindu. Let us inform that on Friday (October 22), a furious mob, allegedly consisting of Bajrang Dal workers, reached a private property in Gurugram’s Sector 12-A when some members of the Muslim community were offering prayers peacefully.

As a Hindu I’m ashamed! https://t.co/26OfIqTeHO

She went and started raising slogans of ‘Jai Shri Ram’ in front of the people who were offering Namaz. This created tension in the area. Swara has tweeted the video clip of this incident and said, ‘He is ashamed of being a Hindu.’ Let us tell you that this is not the first time, even before this, Swara almost gives her opinion on the issue through social media. Be it the farmers’ movement, or CAA Swara has been quite vocal. 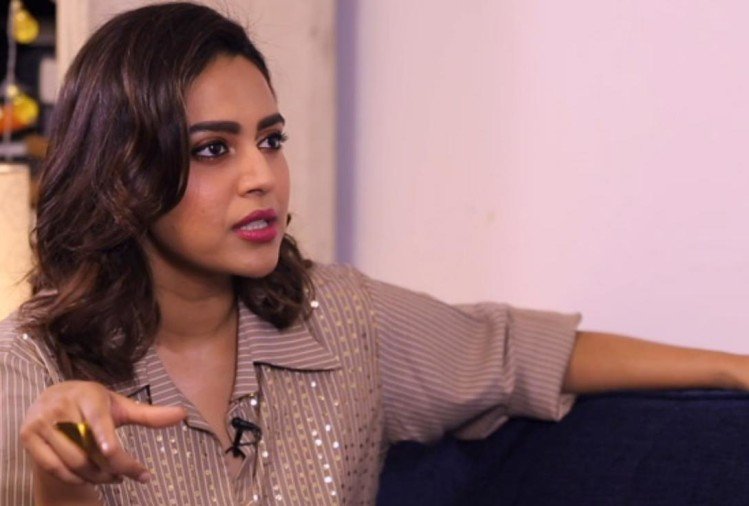 A few days ago, Swara Bhaskar lodged an FIR at Vasant Kunj North police station in Delhi. Swara Bhaskar had alleged that a person active on Twitter and YouTube is maligning her image by circulating a scene of Swara’s film on social media. The police started an investigation by registering a case under the IT Act and another section. According to ANI, the case has been registered under Section 354D, 509 (Word, gesture or intention to insult any woman) of RPC and Section 67 (punishment for publishing or transmitting obscene material in electronic form) of the IT Act. . Let us tell you that Swara had recently told about this incident on a post on her social media account. Talking about Swara’s films, she is working in Sheer Qorma and Jahaan Chaar Yaar.