I Once thought Shah Rukh Khan And Kajol Were Married: Varun Dhawan; Deets Inside

Bollywood actor Varun Dhawan appeared in ‘Dilwale’ together alongside Shah Rukh Khan and Kriti Sanon. Later, for the film’s promotion, he appeared on ‘Comedy Nights With Kapil’ along with his co-actors. In the show, he raised some funny topics on the actors on the set. The actor also said that he was collecting funds along with his friends and for that, he went to Mannat (SRK’s house).

Moving forward, during the episode of the show, Kapil Sharma said that after watching ‘Dilwale Dulhania Le Jayenge’, his mother was convinced that Shah Rukh and Kajol were married to each other. Eventually, he said, “Meri mummy to yahi manti thi ki miya-biwi hain.” Watching him, Varun also confessed to SRK and Kajol, “Bachpan mein mujhe bhi aisa lagta tha. I thought you all were married. Till I met Gauri (Khan) ma’am, obviously.” 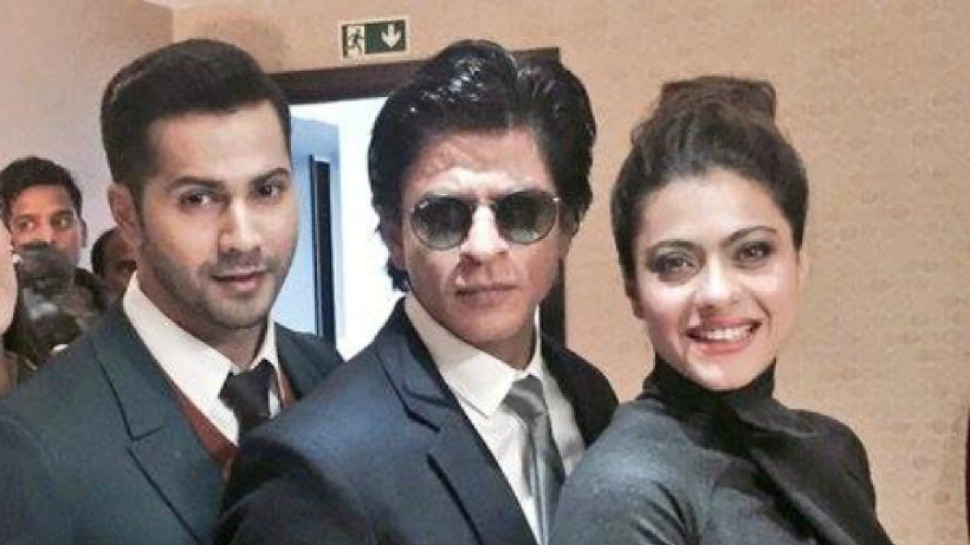 Rewinding the incident of collecting funds, he said, “I went to Shah Rukh’s house, Mannat, but to his surprise, Gauri opened the door. Mujhe kuch galat laga uss waqt (I felt something was wrong at that time.” Funnily, SRK expressed that Varun might have thought, “Who are you and what are you doing in Kajol’s place?” On that note, Varun went home and narrated the whole story to his mother, who already told him that Gauri Khan is Shah Rukh Khan’s wife.

Moving on to the work front, Varun just completed shooting for his upcoming film ‘Bhediya’ teaming up with his ‘Dilwale’ co-actor Kriti Sanon. The film also features Abhishek Banerjee and Deepak Dobriyal. Further, the film is expected to get released on April 14 next year in theatres. Next, he will be seen shooting for Jugg Jugg Jeeyo. The film is all set to shoot with its cast – Kiara Advani, Anil Kapoor, Varun Dhawan, Maniesh Paul, and Neetu Kapoor. Seems like the actor has a bunch of films in his hands to entertain the people of India.