It’s Sunday once more, and the football game is in full motion, as it is every Sunday. In Juhu, a slew of Bollywood stars has been sighted. But it was Saif Ali Khan’s son Ibrahim Ali Khan, who was laying on a stretcher, that attracted our attention. He appears to have been hurt while playing the game since he is visibly in agony. Abhishek Bachchan, another prominent figure who was sighted on the football field, was seen relaxing and lounging on the ground looking stylish. 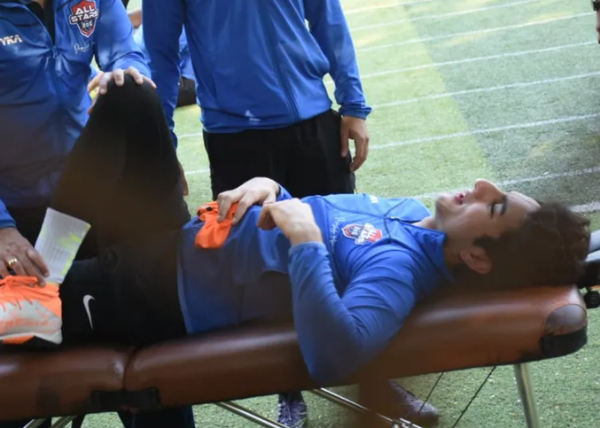 Ibrahim Ali Khan is dressed in a blue jersey with black pants in the photo. White socks and white shoes with neon orange laces complete the look. Someone may be seen assisting him with stretching as he is resting on the stretcher. The celebrity child appeared to be in discomfort. Aparshakti Khurana appears at Ibrahim’s side and appears to be soothing him. On the other side, Abhishek Bachchan can be seen seated on the ground in the same coloured football outfit. He wore his clothing with a hat and a yellow-colored frame to complete his ensemble.

Meanwhile, Saif Ali Khan and Amrita Singh’s son Ibrahim Ali Khan will appear in Rocky Aur Rani Ki Prem Kahani as an Assistant Director to Karan Johar. After an almost 6-year break, KJo will return to the director’s chair. In this film, Alia Bhatt and Ranveer Singh will star. The film’s Delhi schedule was recently completed, and fans are anxiously anticipating its release. 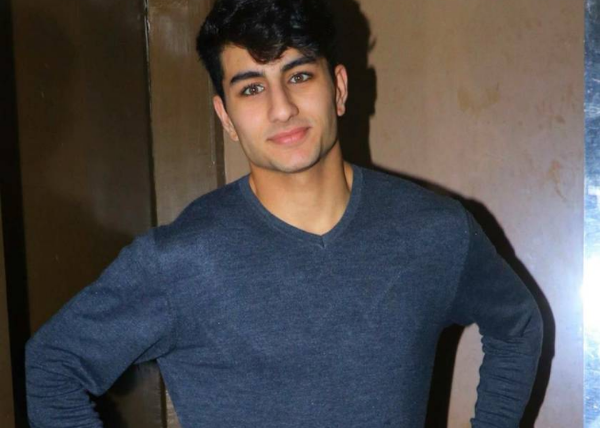 Rocky Aur Rani Ki Prem Kahani, directed by Karan Johar and produced by Dharma Productions and Viacom18 Studios, is an upcoming Indian Hindi-language romantic drama film. Dharmendra, Jaya Bachchan, Shabana Azmi, Ranveer Singh, and Alia Bhatt appear in the film. It will be Dharmendra and Jaya Bachchan’s first on-screen reunion in 48 years, after their previous collaboration in Sholay (1975). On February 10, 2023, it will be released in theatres all around the world.