On Sunday, November 21, IFFI (International Film Festival of India) commenced with the dance performance of Salman Khan and Ranveer Singh. Besides these two actors, Shraddha Kapoor, Mouni Roy, Rashi Khanna, and Reteish Deshmukh-Genelia D’Souza also performed at the Film Festival. Khan sang “Hud Hud Dabangg” from the film Dabangg, while Shraddha Kapoor sang “Kar Har Maidan Fateh” and “Badal Pe Paon Hain” from the film Chak De India. The actor did outfit transitions between her performances. The actor wore a blue top and yellow bottom, and she enhanced her look through jewellery.

Gold actor Mouni Roy performed a traditional dance. She looked graceful in the red traditional attire. Her white floral jewellery and red bangles made her look more glamorous. The Bharamam actor, Rashi Khanna, performed the dance in a traditional look. She wore a red blouse and red bottoms. Adding to her attire, she wore diamond-studded jewellery. The famous Bollywood couple, Riteish Deshmukh and Genelia D’Souza, wore the orange-colored outfits. Genelia dressed herself in an orange kurta with green bottoms, while Riteish dressed himself in an orange jacket with black at the bottom. The couple are popular for their new product launches and Instagram reels. 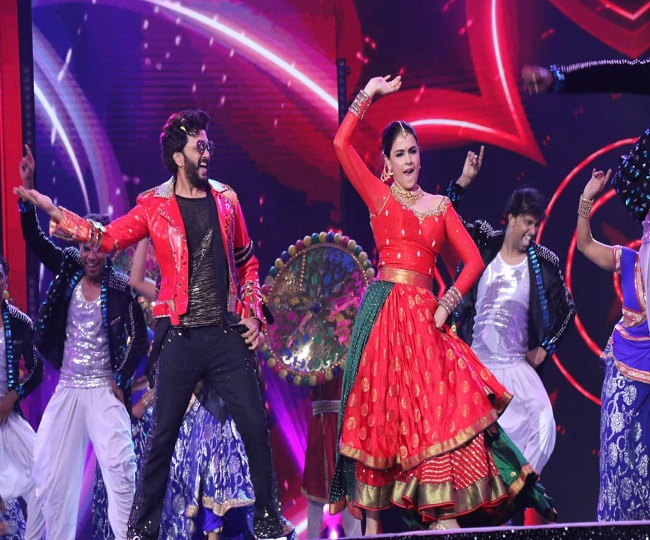 The opening ceremony was hosted by Manish Paul and Karan Johar. Politicians like Union Minister for Information and Broadcasting Anurag Thakur and Goa Chief Minister Pramod Sawant attended the festival. At the event, Hema Malini was conferred with the Indian Personality of the Year award. The Film Festival will be continued for eight days, starting from November 20th to November 28th. It is being conducted in the smallest state in India, Goa. The festival will feature 148 films from 73 countries across the world.