“In the spirit of the Brahmastra,” Ayan Confirms Ranbir Kapoor, Alia Bhatt’s Wedding

The wedding of Ranbir Kapoor and Alia Bhatt is scheduled to take place in the coming days. The countdown has started for one of the most anticipated weddings in Bollywood history.

The preparations are well underway, and according to reports, the wedding celebrations will begin today. 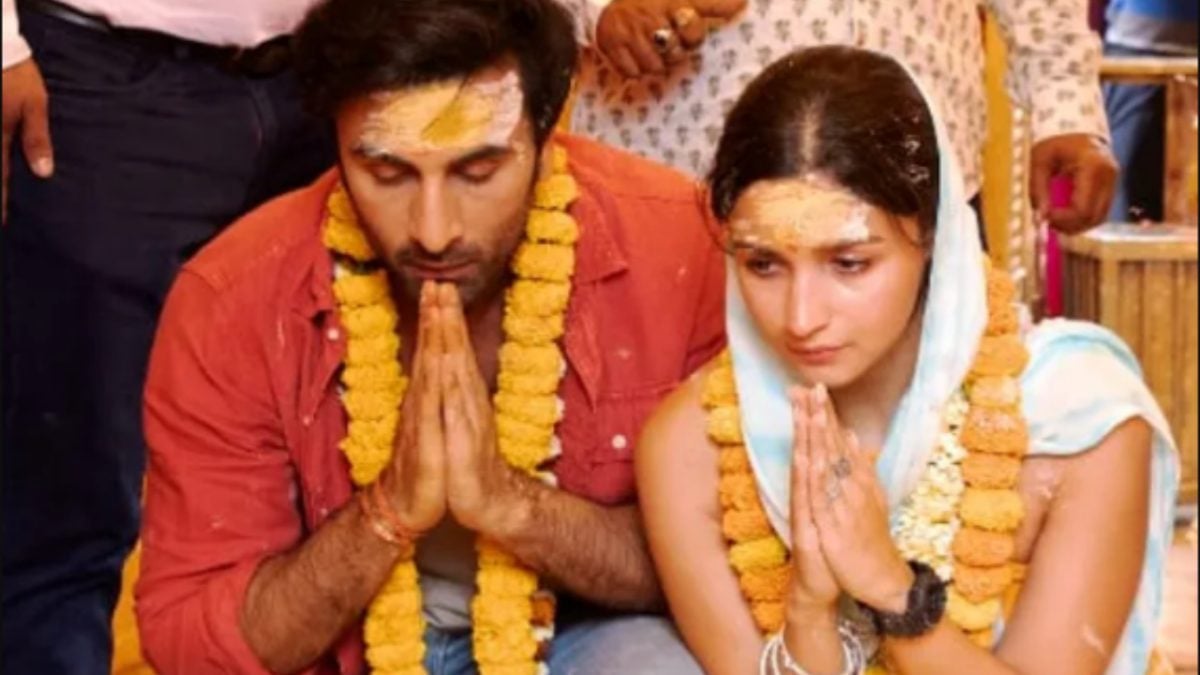 As a thank you to them and all of their fans, Ayan Mukerji released a portion of the song Kesariya from the film Brahmastra. Ayan published this to commemorate the union of the film’s leading couple and to wish them all the happiness in the world as they begin a new chapter in their lives.

Ayan Mukerji surprised Alia Bhatt and Ranbir Kapoor by releasing a song from Brahmastra about “love and light” the day before their wedding.

Love is the light!#AyanMukerji shares a video of #AliaBhatt and #RanbirKapoor from #Brahmastra and it’s absolutely beautiful. 💛❤️ pic.twitter.com/07RYEUVkKW

The video states, “Team Brahmastra wishes our lead couple all the love and light.” Ayan Mukerji wrote the video’s caption: “Alia and Ranbir! And… they will shortly undertake the Sacred Journey. Ranbir and Alia are my close and dearest friends in the world and my joyful and safe haven… who have devoted themselves completely and totally to our project.”

Ayan Mukerji concluded: “We had to give them and everyone a piece of their love story from our film, Kesariya, as a gift! As they begin on a great new chapter of life together, I wish them the best of energy, blessings, joy, and purity.” In her comments, Alia Bhatt used love emoticons. 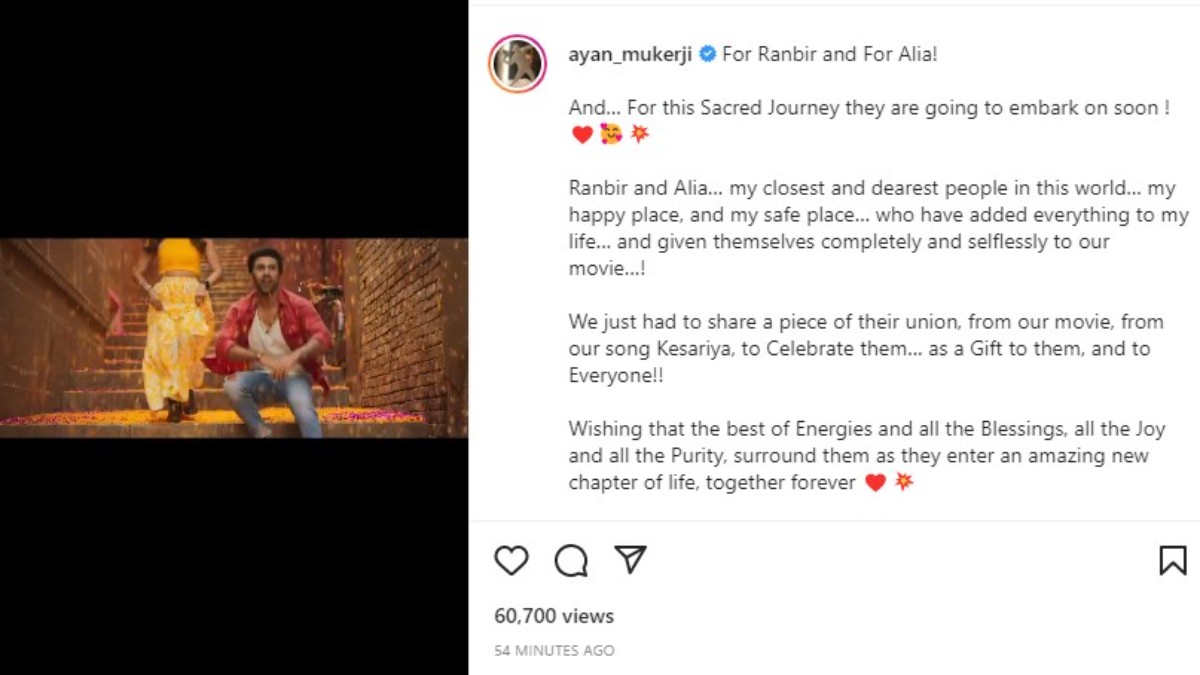 On Tuesday, Ayan Mukerji, Ranbir Kapoor’s closest friend, and co-star in films like Wake Up Sid and Yeh Jawaani Hai Deewani, was seen at the actor’s Vastu residence. Alia Bhatt and Ranbir Kapoor met on the set of Brahmastra. In 2018, they made their first public appearance together at Sonam Kapoor and Anand Ahuja’s wedding reception in Mumbai.

Alia and Ranbir’s wedding ceremony will commence today. According to the family, the wedding is tomorrow at 3 p.m. at their Vastu building. Only close relatives and friends will be there.