Actress Sushmita Sen has made a banging entry at the International Emmy Awards 2021. Sushmita, who returns to the screen after 10 years, has been nominated for her crime drama series Aarya. Sushmita made her OTT debut last year with Arya. The actress was also appreciated for her excellent performance. Sushmita had won many awards for this series and proved that her magic is still intact. 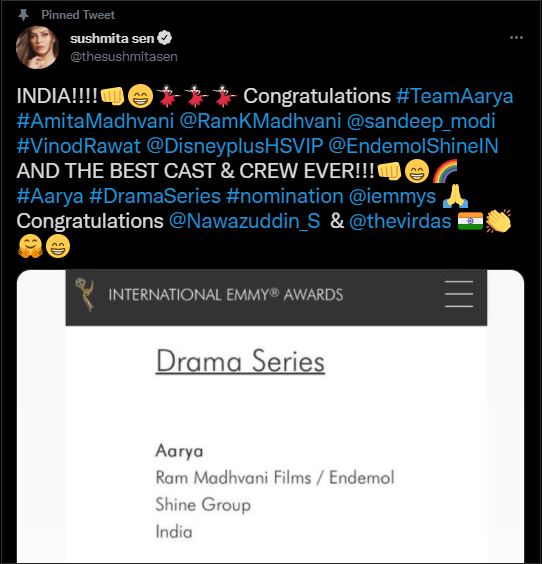 Arya from India has been nominated in the International Drama Series at the International Emmy Awards. Sushmita Sen herself has given this information on social media. Sharing this good news with fans, Sushmita wrote, ‘Congratulations to India…Team Arya.’At the same time, for this year’s Emmy Awards, actor Nawazuddin Siddiqui has also been nominated in the Best Actor category for the Netflix film ‘Serious Man’. Apart from Nawazuddin, the category also featured British star David Tennant (“Deus”) as well as Israeli actors Roy Nick (“Normal”) and Colombian Christian Tappan (“El Robo del Siglo” or “The Great Heist”). Actor and Vir Das’s comedy series Vir Das: For India has been nominated for Comedy Segment. Directed by Sudhir Mishra, ‘Serious Man’ is a sequel to writer Manu Joseph’s 2010 film of the same name.

Reunion Of Saif Ali Khan With Ritesh Sidhwani And Farhan Akhtar For His Upcoming Film “Fire.” 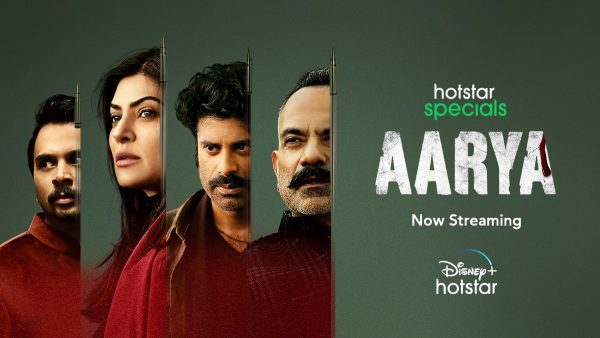 There is an adaptation of the novel. Let us tell you about Arya that this series includes Sushmita along with Chandrachur Singh, Sikander Kher, Vikas Kumar and many other actors. In this, Sushmita plays the character of Arya in which she is seen in a different avatar after the death of her husband. She is ready to fight with anyone for the safety of the family. The shooting of Sushmita Sen’s Aarya 2 is going on and there is no information about when it will be released but the work that Sushmita Sen did was amazing. Sushmita made her debut in 1996 with the film Dastak. After that, he has worked in films like Sirf Tum, Biwi No. He was last seen in the Bollywood film No Problem. On the other hand, on the work front, Nawaz will be seen in Heropanti 2, Bole Chudiyan, etc.