Is Kannada The Ugliest Language In India? Know All About The Viral Controversy 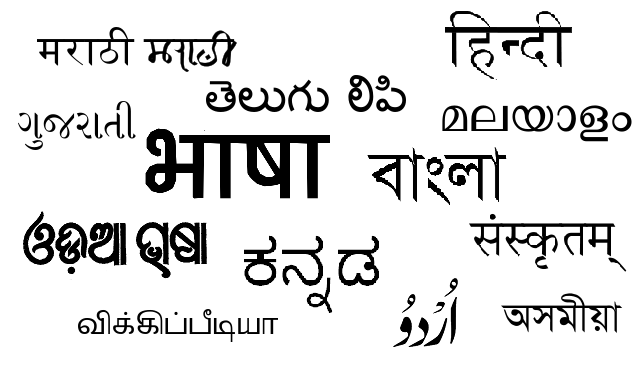 On getting noticed by netizens, an outrage on the same is noticed. People all around India are demanding an official apology from Google on the issue. A petition to remove the search result from Google has already been started on change.org.

President AAP Youth Wing, Karnataka, Mukund Gowda, has written to Google India Vice President Sanjay Gupta. In the letter shared by him on Facebook, Gowda wrote, “I take a serious exception to the search results shown by Google when someone searches for ‘Ugliest Languages in India’. Unfortunately, ‘Kannada’ is the answer which comes up on the screen. While there is no Ugly Language in India, Google should have been sensitive to even show any result for this search. I believe this is the result gathered based on inputs and user experience that is logged as answered by some anti-Kannada users of Google.“

Gowda has requested Google India VP to immediately take down the search result and trace people who are playing with the sentiments of Kannadigas. 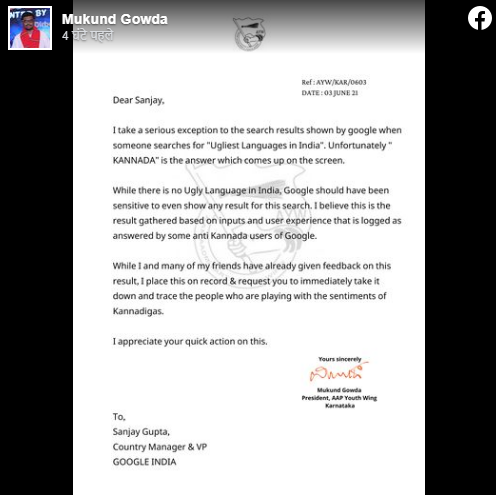 TS Nagabharna, President of Kannada Development Authority has also put forward his views on the same. He said, “We have got into the legal battle over this issue. Legal notice sent to Google condemning Kannada. The humiliation of one another in terms of ground, water, language, and culture cannot be tolerated. Clearly, this is some kind of systematic conspiracy. Kannadigas, the moods of the Kannada language, are ambushed to create such an opportunity. It is not our job to resist. Instead, these types of events must be kept in check.”

Taking to Twitter, BJP MP PC Mohan said, “Home to the great Vijayanagara Empire, #Kannada language has a rich heritage, a glorious legacy, and a unique culture. One of the world’s oldest languages Kannada had great scholars who wrote epics much before Geoffrey Chaucer was born in the 14th century. Apologize @GoogleIndia (sic).” 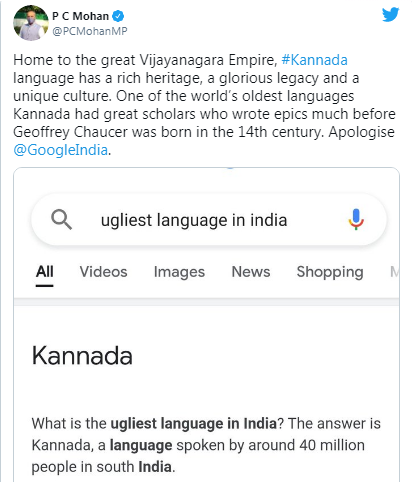 Google is right now at the receiving end of various social media users. People are putting up angry tweets and posts regarding the prevailing issue.