Is Siddharth confesses his feeling for co-actor Kiara Advani? Read to know more.

Sidharth Malhotra and Kiara Advani’s starrer Shershaah’s huge success marks the history in the War based concept in Indian cinema. Both the lead actors enjoying the appreciation from the fans and industry. Sidharth’s impeccable performance as Param Vir Chakra awardee Captain Vikram Batra and Kiara as Dimple Cheema impressed the audience a lot. It was the first time that Kiara and Sid working together but their onscreen chemistry give birth to the rumours the both are dating. Well! We haven’t any official announcements/commitment for the same but are all praises for each other. 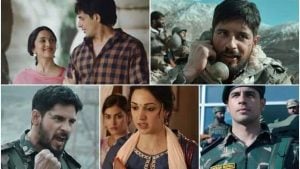 In the latest Interview, the actor shared the enormous response he has been fetching after the success of Shershaah. When did the interviewer ask that, is he expecting a National Award? Sid smiles and said, “That’s so sweet, I am so happy that you think so (smiles). But right now, I am just enjoying the fact that people are enjoying my work and the craft. I think it’s one of the most prestigious awards that an actor can receive from the government. I am not really thinking about it as of now, but just really soaking in the love and the appreciation that is coming to the film,” he asserts. 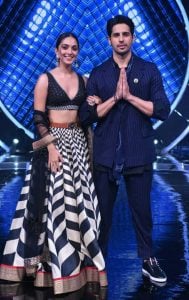 Move on to Kiara Advani, who admitted that she considers Sidharth to be one of her closest friends in the industry via chat show. While speaking with ETimes he said, “This was our first time working together; we met a couple of years ago for the film. Before that, I had met her during the screening, and on the sets of ‘Lust Stories’ that she did with Karan Johar. We were so eager to get her on board for Dimple’s role because we felt that she has a great sense of earnestness and honesty as an actor which I really admire about her. She gives a sense of purity. On the sets, too, she is instinctive; I would want to do more takes, but she would be okay with it”.

“I think even personally, there is a sense of regularness to her, which we both connect on. I am a boy who is from Delhi and I am not connected to the industry per se, but now have been here for many years. She has been working for a couple of years as well. We both have lives away from the industry and that is something that we connect on and cherish. Sometimes you get so embroiled in all these things that you forget to have a regular life. I think both of us have regular lives and that’s what we connect on.” He added…