Is Urvashi Rautela Heartbroken? Sharing The Photo Said, “They Will Not Understand, Let It Go”

Bollywood’s style queen actress Urvashi Rautela has always been in discussion about her looks and dressing sense. She is often in a lot of discussions about her pictures and videos. Urvashi is a great actress as well as a popular model. Apart from acting, she is also very active on social media. At the same time, his fan following is also quite tremendous. Meanwhile, now Urvashi Rautela has come into the discussion about her recent post. Seeing this post of his, the fans have got worried. 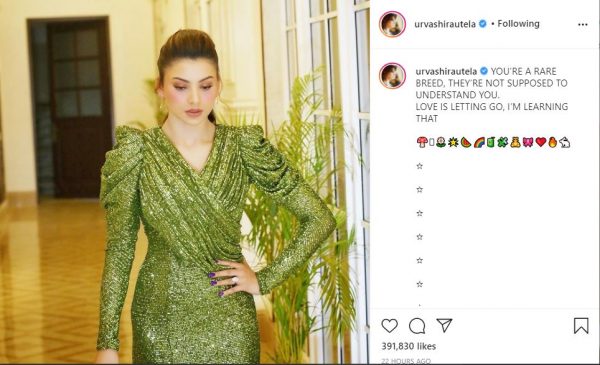 Urvashi Rautela has posted the latest picture of herself on her Instagram account. In this picture, she is looking very gorgeous in nude makeup with a shimmery green gown. At the same time, to style the hair, she has a pony with tight hair. This look of her is making her very beautiful. Along with sharing this picture, Urvashi writes, ‘You are absolutely unique, she is not ready and capable of understanding you. Forgetting is the real meaning of love. This is what I am learning. Fans are very fond of this picture of Urvashi. 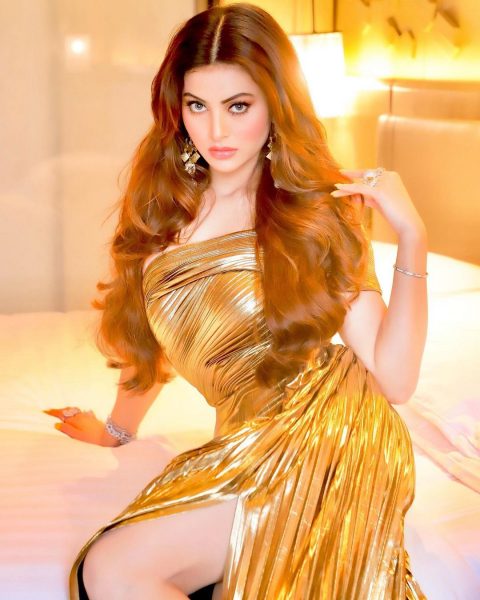 Talking about Urvashi Rautela’s work front, she will soon be seen in the web series ‘Inspector Avinash’. Actor Randeep Hooda will be seen playing the lead role with him in this series. Apart from this, Urvashi is also going to make her Tamil debut very soon. According to the news, this Tamil film of his will be a big-budget movie. In this, Urvashi will be seen in the role of an IITN and microbiologist. Not only is this, apart from these projects, the actress also working in the Hindi remake of the bilingual thriller ‘Black Rose’ and ‘Thirutu Payale 2’. Along with this, Urvashi Rautela also remains in a lot of discussion about her fitness. She keeps sharing her fitness videos with her fans on social media. Through her exercise, not only those fans are seen motivating others for fitness.