Ishaan Khatter To Lead In The Biopic Of Hockey Legend Dhyan Chand? 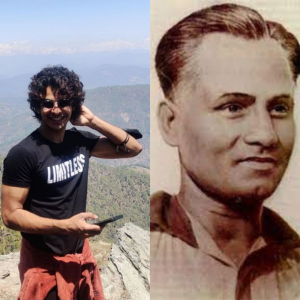 Ishaan Khattar has been approached to play the titular role in hockey legend Major Dhyan Chand’s biopic helmed by Abhishek Chaubey. The star kid is also extremely excited to play such an important character.

The movie was announced under the banner of Ronnie Screwvala production in December last year. Sharing the news, they wrote on their official Twitter handle.

According to media reports, Ishaan Khatter is the first choice of the makers to play the role of Major Dhyan Chand. According to a report in an entertainment portal, the team feels Ishaan will be perfect for the role. 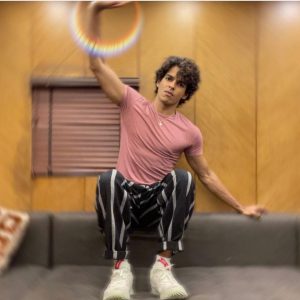 Major Dhyan Chand was an Indian field hockey player widely regarded as one of the greatest in the history of the sport. He was known for his extraordinary goal-scoring feats. His birthday, 29 August, is celebrated as National Sports Day in India every year.

The much-awaited film was officially announced in December 2020. Ishaan has agreed to be a part of the project; however, he is yet to make it official by signing the contract.

Ishaan Khatter made his acting debut with Iranian filmmaker Majid Majidi as a lead role in “Beyond the clouds” in 2017.  Ishaan Khatter has assisted Abhishek Chaubey in the 2016 crime thriller titled Udta Punjab. Ishaan has played charming characters in films like Khali- Peeli and Dhadak.

On the professional front, Ishaan will be next seen in Pippa, which also features Mrunal Thakur and Priyanshu Painyuli. Pippa is set to have Ishaan in the role of Brigadier Balram Singh Mehta. It’s the story about the 1971 war, the liberation of Bangladesh through our Army.

He is also gearing up for his upcoming horror-comedy film ‘Phone Bhoot’, starring Katrina Kaif, Ishaan Khatter, and Siddhant Chaturvedi. Phone Bhoot is a story about three ghostbusters.