Ishita Dutta Reacts On Her Pregnancy Rumors, Says, “The Bump Has Come By Me Eating All The Mithai’s”

Many Bollywood stars and TV actresses have announced their pregnancy in the past few months during the lockdown. And many new speculations have been coming out about different actresses. One such name is that of Ishita Dutta. The actress tied the knot with her love Vatsal Seth some time back. She recently posted a picture with her hubby on her social media and rumors started going abuzz about her pregnancy. There have been many speculations about her pregnancy as people could notice her bump in the picture. Now she has finally reacted to the news of pregnancy.

Ishita Dutta was also seen pregnant in her recently released advertisement which is also featuring many stars like Deepika Padukone, Ranveer Singh, and Virat Kohli along with other cricketers. Now, Ishita Dutt has refuted the news of her pregnancy and stated that she is playing a pregnant woman but not pregnant in real life. 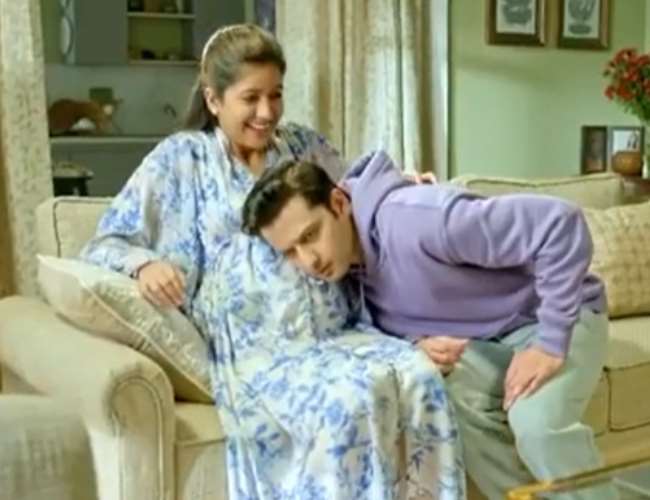 Speaking to Spotboye, Ishita Said, “I am getting so many calls after these speculations, I can’t even tell. My relatives are calling me to congratulate and telling me ‘bataya bhi nahi’. But honestly, I am not pregnant. The bump has come by me eating all the mithai’s. I think it’s time to workout as people think that I am pregnant. Now, the gyms have opened, so all those who are speculating, will see me back in shape in a month’s time.”

Talking about her featuring as a pregnant woman in the latest advertisement with Ranveer Singh and Deepika Padukone, Ishita says, “Yes, I am playing a pregnant woman but I am not pregnant in real life. I feel people must have related to it.” She also added, “Recently, a lot of celebrities have come out to announce their pregnancy and I feel due to that everybody is thinking it’s like a season of getting pregnant. I am very happy for those who are expecting but I am definitely not pregnant.”