It Was Ross Who Turned The Tables In This F.R.I.E.N.D.S Goof Up!

They say mistakes give rise to things splendiferous and beautiful. There are a lot of mistakes that have been kept in the frame by directors, and the cast improvised it further. And guess what? F.R.I.E.N.D.S isn’t an exception either. Remember the legendary line ‘I Ross, take thee Rachel…’ that had our laughs rolling out loud as we saw Ross digging his own grave, failing miserably in bonding his marriage yet again and putting a full stop to his happily ever after? This one scene turned epic, with people celebrating it even now. 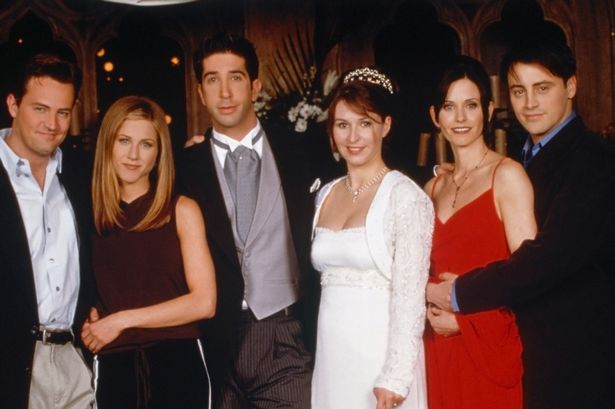 But what if we tell you it wasn’t in the script once, but a humorous slip-up by David Schwimmer who apparently forgot his lines?  Well, at the end of season 4, when Ross is finally set to marry Emily after several obstacles only to take his ex’s name at the altar and following up with Mr. and Mrs. Geller giving the audience a moment to toast on with the lines, ‘This is worse than him marrying that lesbian’ was all due to David leaving his lines behind.

And boy, it did come out wonderful with the audience feeling pretty sorry for him, again as he makes the Freudian slip at the altar when he says, ‘I take thee, Rachel,’ instead of ‘I take thee, Emily…’ ending any chance of a happy married life with Emily, all credits to Rachel who decided to storm into his wedding avenue and mess up with his head. 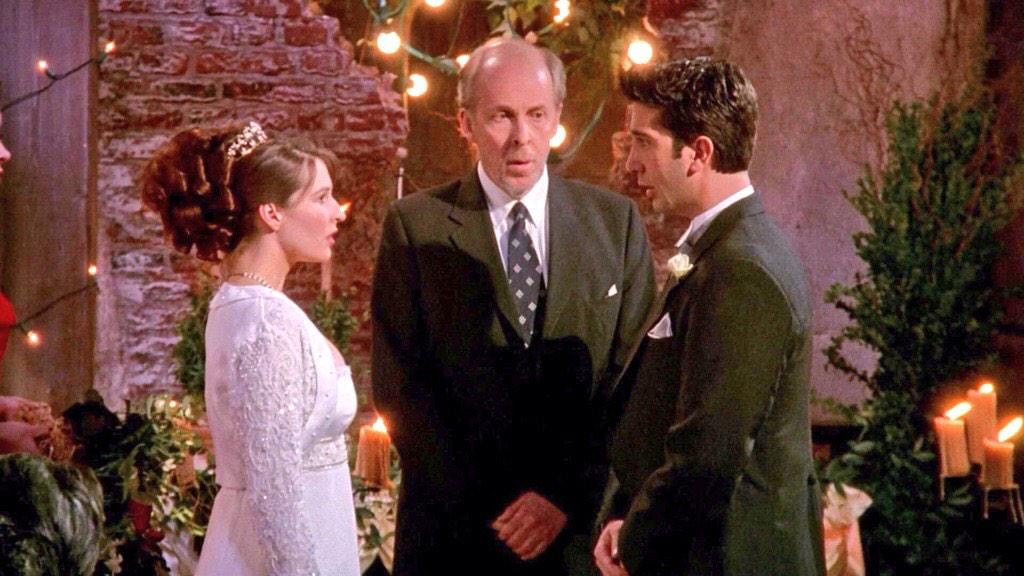 It turns out that Ross wasn’t meant to say, Rachel. A fan uploaded an Instagram interview where a writer reveals it was never meant to happen at all. The writer said: “We never knew how it was going to end. We struggled with it, we couldn’t figure it out. And then there was one time, at a taping, where David Schwimmer walked in the room. What he was supposed to say was ‘I have the cab waiting downstairs Emily’. But he walked in and said ‘I have the cab waiting, Rachel’.

Guess Ross had Rachel messing up his lines too, and if not this, what else would prove that he was indeed obsessed with Rachel!

Watch the scene below: