These days Ganesh Chaturthi is being celebrated with pomp across the country. This is  Celebrated for 10 days, this festival is celebrated with great zeal, especially in Maharashtra. In such a situation, there is a lot of enthusiasm among Bollywood stars about this festival. These days all the stars go to see the Ganesha pandal decorated at each other’s homes. Meanwhile, Bollywood actress Jacqueline Fernandez also reached to visit Ganesh Pandal and she herself gave this information through social media. But Jacqueline did not come to any celebrity’s house but at such a place to visit Ganpati Ji. Due to which she is being praised on social media. In fact, Jacqueline Fernandez, along with an NGO, came to visit the Ganpati pandal of Kinnar Samaj in Mumbai. 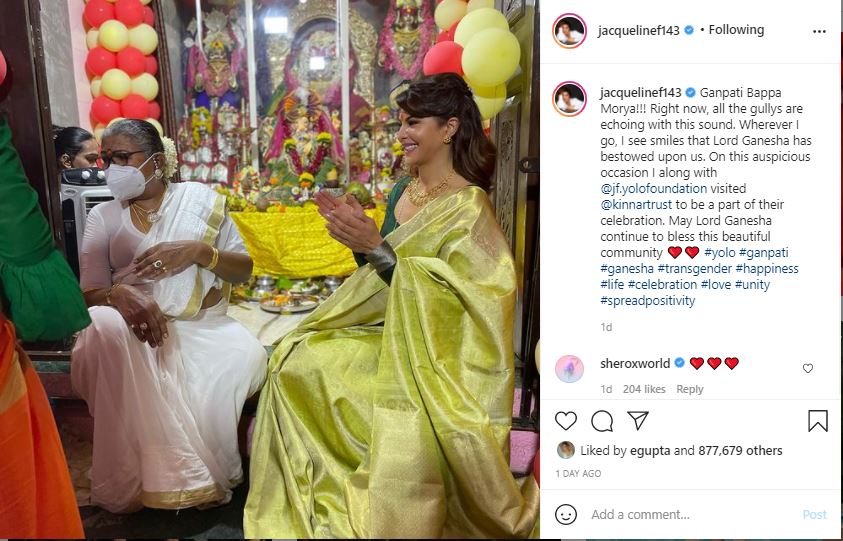 The actress was wearing a yellow sari on this occasion. Sharing this picture, she wrote, “Ganpati Bappa Moria!! This sound is being heard everywhere. Wherever I am going I get to see smiles on everyone’s faces which Lord Ganesha has given to all of us. On this special occasion, I have joined the celebration of Kinnar Samaj in association with YOLO Foundation. I pray to the almighty to have blessed on this beautiful community.” 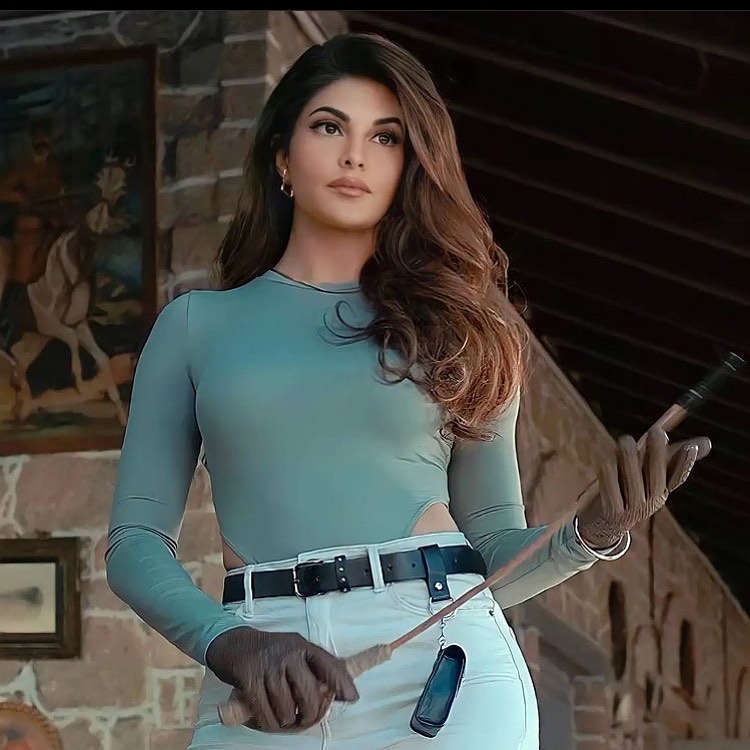 This post of Jacqueline Fernandez is getting a lot of praise and this picture is also being liked a lot on social media. Talking about Jacqueline Fernandez’s work front, the actress was recently seen in the film ‘Bhoot Police’. Which was released on Disney Plus Hotstar. Yami Gautam, Arjun Kapoor, and Saif Ali Khan also appeared in the lead roles with her in this film. Apart from this, if we talk about her films, then the Attack in which John Abraham will be with her. Simultaneously she will be seen in Circus, Bachchan Pandey, and Ram Setu. The shooting of Bachchan Pandey has been completed, Akshay Kumar will accompany her in this. Although no information has been received about the release of it till yet.