Jhalak Dikhhla Jaa 10 & Khatron Ke Khiladi 12 Will Have A Mahasangam; Soon To Be Broadcast On This Day 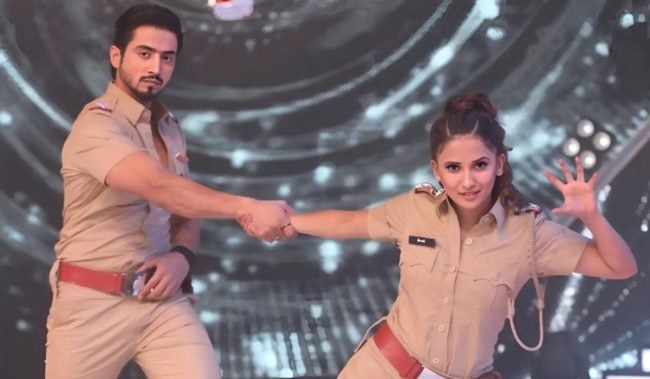 Taking up the challenge, Faisal Shaikh, aka Mr Faisu, who is currently a contestant on “Jhalak Dikhhla Jaa 10” and who was earlier the contestant on “Khatron Ke Khiladi 12,” shows some amazing moves on the song ‘Singham’ on the stage of “Jhalak Dikhhla Jaa 10” and all the judges are stunned. Karan Johar, Madhuri Dixit, and Nora Fatehi applauded Mr Faisu for completing the act on the moving stage. The best compliment comes from Rohit Shetty, who says that he wants to see him moving forward through television. Impressed by Faisu’s courageous act, Rohit Shetty expresses how proud he is of him for having come a long way.

Floored by Mr Faisu’s performance, Rohit Shetty says: “Despite being so trolled, you have come a long way. Your journey from social media star to television reality shows like “Khatron Ke Khiladi” and now “Jhalak Dikhhla Jaa” is extremely inspiring. I have never seen a hard-working person like you. Karan and I are the brands today because of television, and I want you to grow here and make your family happy.”