Kajol Was Asked If She Would Have Married Shahrukh If She Hadn’t Met Ajay Devgan, Her Reply Is Hillarious

Shahrukh Khan and Kajol are undoubtedly one of the most loved and adored onscreen couples. The duo has won our heart a million times with their sizzling onscreen chemistry and it would be quite natural for their fans to wish they were a couple in their real lives too. The two have romanced each other in several films like Kuch Kuch Hota Hai, Dilwale Dulhaniya Le Jayenge, My Name Is Khan and many more. In the real-life, though Kajal is married to Ajay Devgan, Shahrukh Khan is in a happy space with his wedded partner and childhood love Gauri Khan. 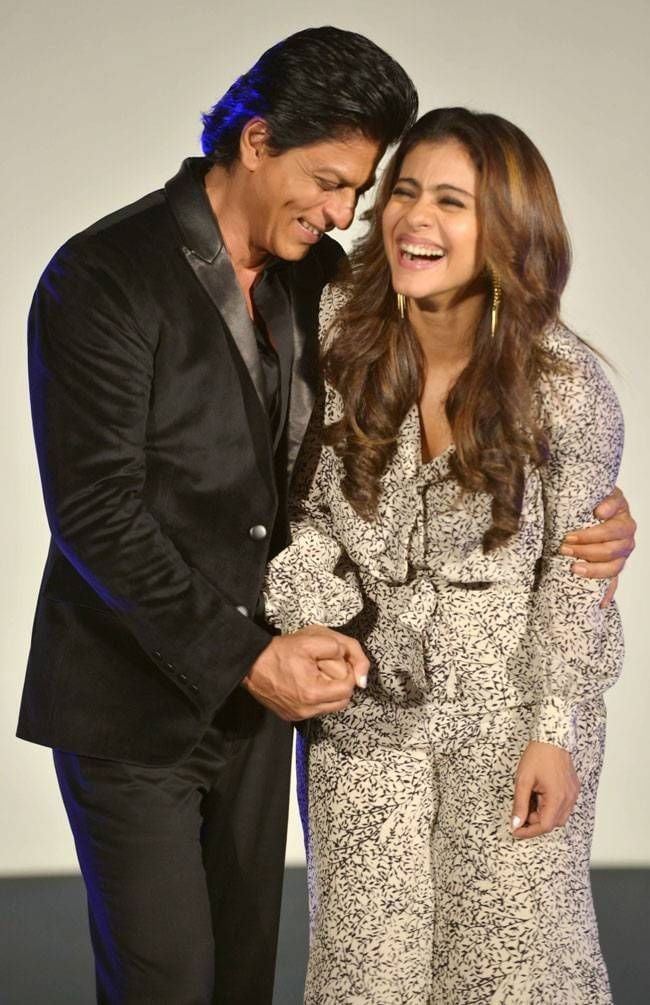 Recently Kajol had concluded a Q & A session with her fans on Instagram where she promised them to answer all their questions. One of her fans asked her if she would have married Shahrukh if Ajay was not a part of her life. Keeping up with her promise, Kajol being the witty person she came up with a sassy response which is sure to bowl you over. She had replied, “Isn’t the man supposed to be proposing?”  Check it out. 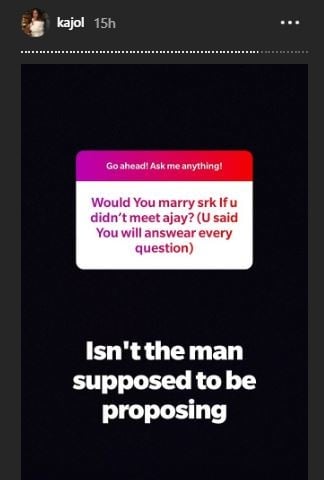 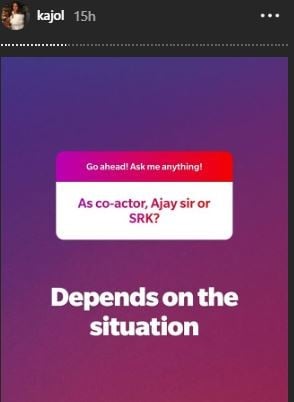 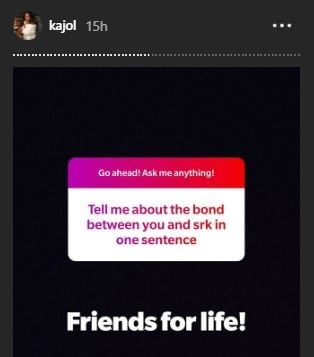 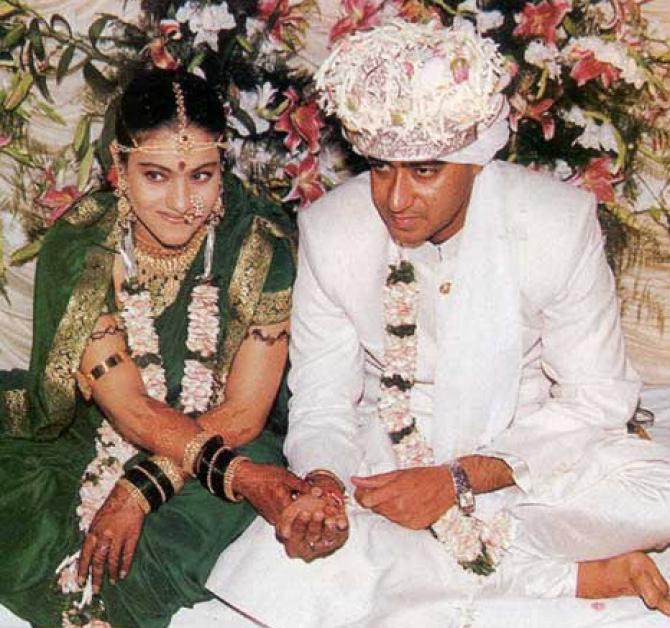 In an interview earlier, Kajol was asked why she chose to tie the knot with Ajay who wasn’t as successful as her at that point of time. To which Kajol had replied, “It was the right thing for me to do at that point in time. I had been already working for around eight and a half to nine years. So, I was ready to kind of calm down on my work front and kind of take it easier.” 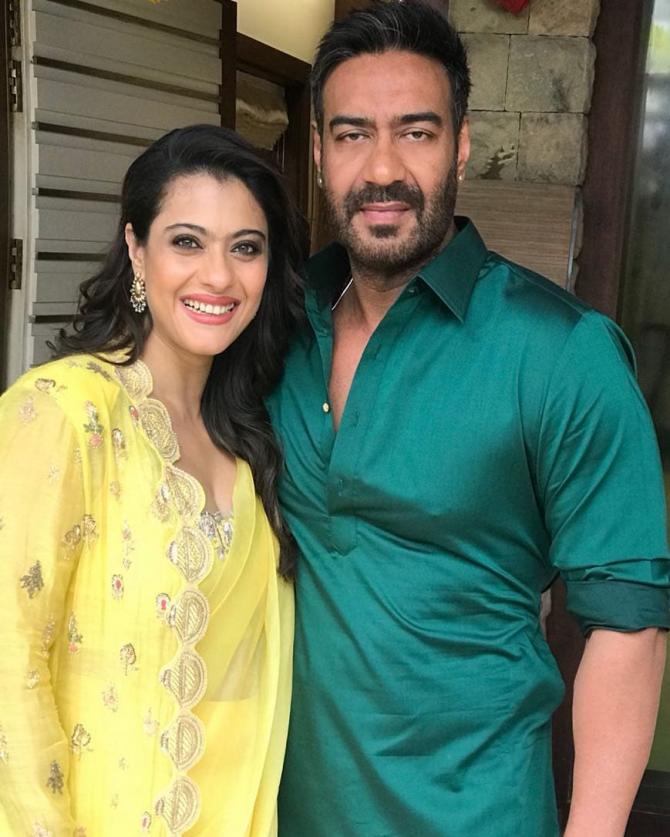 She had further added, “I was doing four to five films a year. I didn’t want to do only that and to only live like that. That wasn’t what I had set out for. So I assumed that I would get married and do one film a year. I’ll be happier and be more settled.” 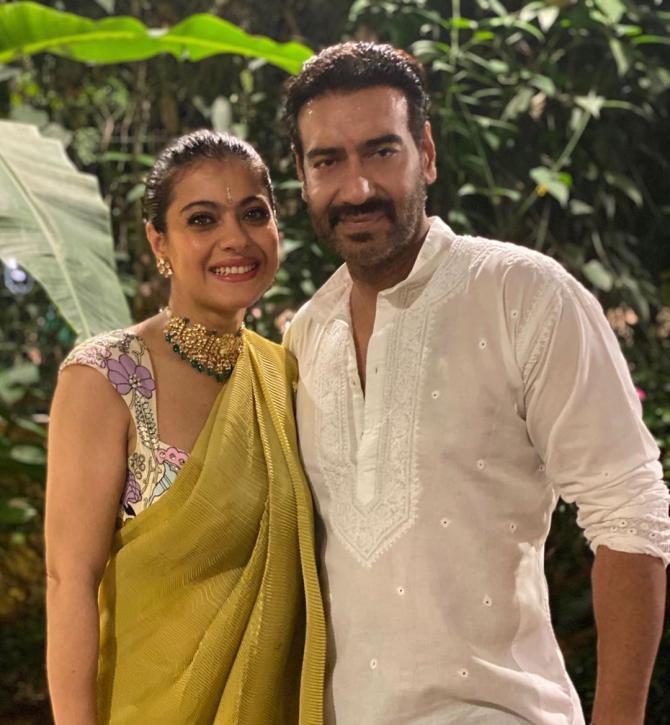 In an interview with HT Brunch Kajol had talked about her idea of marriage and had stated, “Contrary to what you may believe about marriage, it’s not all rosy in the beginning. Initially, you’re trying to please each other, feeling your way around, so it’s difficult to take the relationship to the next level. Only when the storm has settled, and the routine has set in – when you’ve seen the good, bad, indifferent sides of each other – does your relationship evolve. We work at our marriage. We see it as a structure that we need to look after.”

We wish Kajol and Ajay an eternity of togetherness.