Kangana Ranaut Appealed To Fans With Folded Hands And Said, “Please Go To The Theater And Watch Thalaivii”

Kangana Ranaut is all set to hit the theaters with her most awaited film Thalaivii. Kangana is quite happy with the applause she is getting in the media even before the release. The queen of Bollywood plays a former actress and late J Jayalalithaa in Thalaivii, which hits the big screen on September 10. Kangana has also appealed to the audience to watch the film on social media. 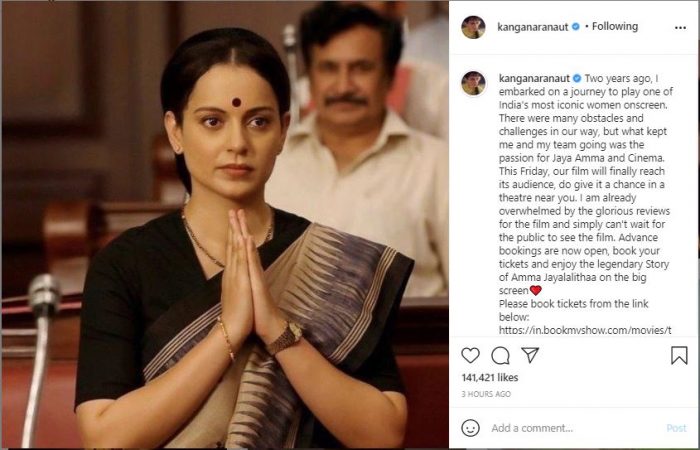 Kangana Ranaut posted on Instagram a day before the release of Thalaivii and wrote, “Two years ago, I embarked on the journey of playing one of India’s most iconic women on screen. There were many obstacles and challenges in our way, but I and my team carried forward Jaya Amma and my passion for cinema. This Friday, our film will finally reach its audience, must watch it in your nearest theater. I am already overwhelmed with the great reviews for the film. Booking has started; you can book your tickets and enjoy the great story of Amma Jayalalithaa on the big screen. According to reports, ‘Thalaivii’ will be released on two OTT platforms apart from cinemas. The film is planned to be released on Netflix and Amazon Prime. This will be the first time that a film will be released simultaneously on two OTT platforms. At the same time, the rights of this film have been sold for Rs 55 crore. 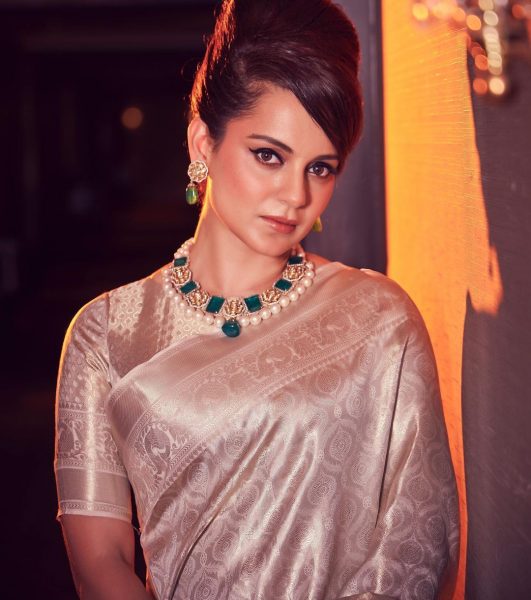 A few days ago, Kangana Ranaut uploaded a video on Instagram, and in that video, she was seen appealing to the owners of theaters to give them more windows. With this, Kangana had said that her film is being offered big by many big OTT platforms, although she has asked to ignore the profits and go to theatres. Apart from this, Kangana will be seen in the movie Dhakad. The shooting of the film has been completed but no information has been received about when the film will be released. Apart from this, Kangana will also be seen in a film on the former Prime Minister.