Bollywood star actress Kangana Ranaut has shared numerous pictures ahead of receiving her National Film Award on Monday. She won the National Award for Best Actress for her performances in Manikarnika: The Queen of Jhansi and Panga. 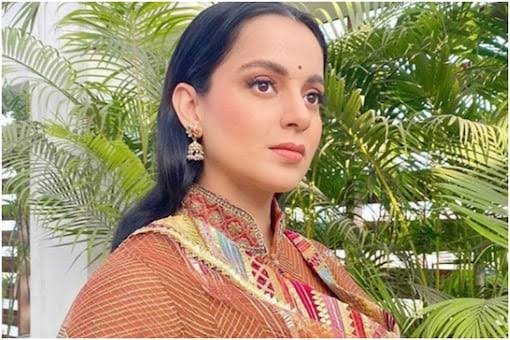 The actress Kangana Ranaut decked up in a red and golden silk sari and heavy gold jewelry for the occasion. She had a red bindi adorning her forehead and gajra in her hair.

She has shared another shot while expressing her excitement and wrote, “All set to receive the highest honor for an artist in the country today, National Award.

One more closeup of her look went with the caption, “This is my fourth National Award.”

After the announcement of the awards in March, Kangana Ranaut had shared a video to thank all those who worked with her in Manikarnika: The Queen of Jhansi and Panga. She said, “Everybody, thank you very much, ki aap logon ne is film ko safal banana (for making this film successful). Yeh puraskaar aap log mere Saath share kijiye please (Please share this award with me).”

Sanjay Gupta Calls The Silence Of Bollywood “Shameful” On Aryan’s Case: Check Out The Tweets!

The actress Kangana Ranaut has three more National Awards. She won Best Supporting Actress for Fashion in 2008, Best Actress awards for Queen in 2014, and Tanu Weds Manu Returns in 2015.

The actress Kangana Ranaut had played the role of Rani Lakshmibai in Manikarnika. The film raked several controversies after filmmaker Radha Krishna Jagarlamudi quit the project after directing a major portion of the film. Kangana shares the credit of the co-director with him.