Bollywood queen Kangana Ranaut is seen taking potshots at Bollywood celebrities often. But this time, she has targeted her guns on the body shamers. She gave them a befitting reply. She shut them up by sharing some of her throwback pictures to convey her thoughts.

She took to Instagram Stories to share some pictures from her Dhaakad wrap-up bash, which took place last year. She wore a deep neck see-through corset top. She wore matching pants. She looked stunning in the photographs undoubtedly. She left everyone in awe of her enviable curves. 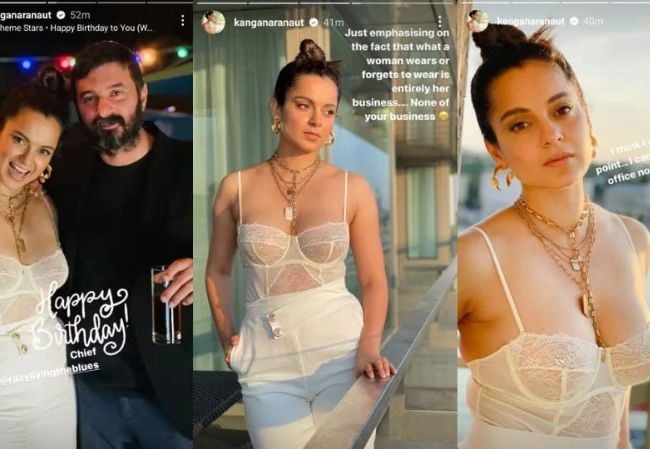 Kangana captioned it, “Just emphasising on the fact that what a woman wears or forgets to wear is entirely her business… None of your business.” In another photo she wrote, “I think I made the point, I can go to the office now… bye.” 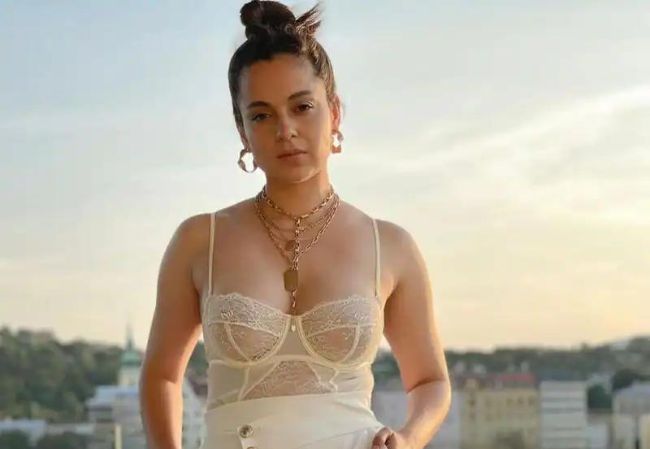 Tollywood actress Rukmini Maitra reacted to the news of Kangana playing the role of Binodini Dasi. She said, “I think it’s great news. To begin with, that Bengali stalwart is being recognised once again and being given her due credit. It’s almost a phoenix effect that I feel is happening to the Life of Binodini right now.”