Kangana Ranaut and Diljit Dosanjh seem to be always feuding now. Kangana recently made explosive claims that she challenged Diljit to say that he was not a ‘Khalistani’, however, he didn’t say that. In a recent interview, Diljit was seen calling Kangana out for her ‘drama’. This is surely not the first or the last time that they have a quarrel going on. 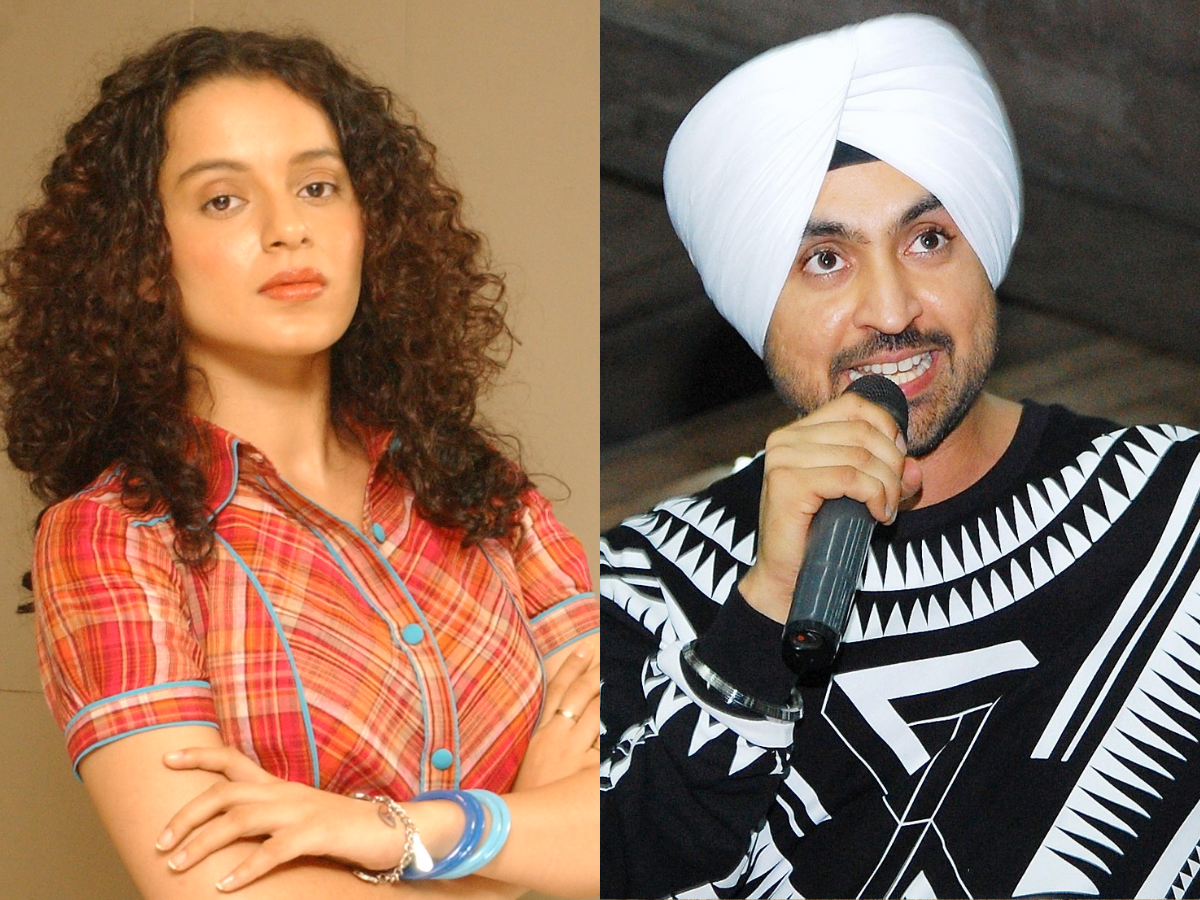 She said, “I openly challenged him to say just once that you are not a Khalistani, he didn’t say it. Youth have been misled, they have been presented with a dream about Khalistan.”

Sharing a message for the youth, Kangana said, “We should bring youth to do something constructive and not become a burden on nation.”  Talking of the ban on Twitter, just like TikTok, she had some chice words, “We have to clean this country of communist dirt.”

She further said, “I have only lost amid all this. My house was broken, it’s still broken, I suffered losses of up to ₹10-15 crore. So many cases have been filed against me, at least 6-7 lawyers are handling those cases. Many criminal cases have been filed against me, besides that of sedition. Javed Akhtar is sending me summons every now and then from the film industry. Congress leaders ganged up against me and said that I couldn’t shoot in Madhya Pradesh. You can even find a video. I m not even a leader, I have nothing. Their official handles troll me all day.”

Kangana also claims to stand strong, as she says,  “Still I haven’t lost courage, I have not tried to do anything for myself, whatever I am doing is for my nation, whatever I am saying is for this country. I get a lot of encouragement and respect from this country and that is what fuels me.”

Imtiaz Ali Had Once Said About Shah Rukh Khan: ‘Aapko Yeh Handsome Lag Raha Hai?”; Check Out
Laughter Queen Bharti Singh Has Shared Her First post On Insta After Getting Bail From NCB Arrest
Shahid Kapoor’s Son Zain Kapoor Flaunts His Bandana With Sleeveless Shirt In His Latest Pictures
Shah Rukh Khan’s Luxurious Homes In And Outside India Will Make You Believe In ‘Live Life King Size’- Pics Inside