Kangana will now play Sita’s role in place of Kareena

Bollywood’s ‘Queen’ actress Kangana Ranaut is making a lot of headlines these days for her film ‘Thalaivii’. Kangana is getting a lot of appreciation for playing the character of Jai Lalita in this film. Meanwhile, another good news has come for the fans of Kangana. After the role of Jayalalithaa, now Kangana will soon be seen playing the role of ‘Mata Sita’. Kangana herself has given information about this through social media. 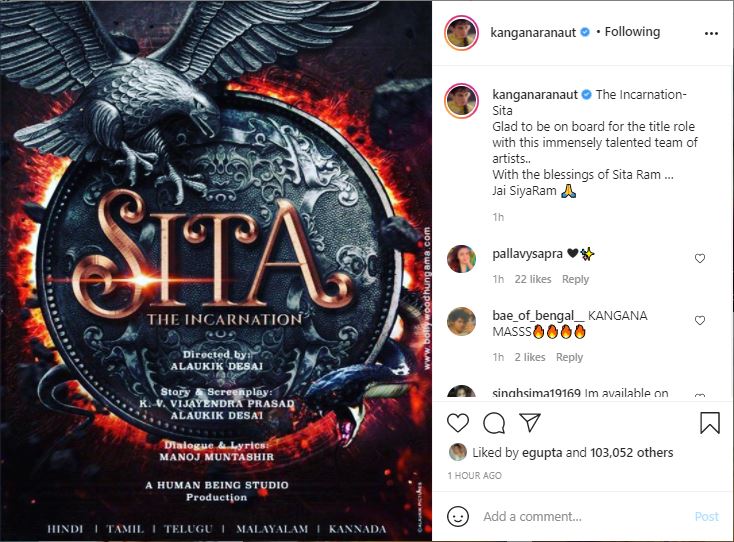 Kangana Ranaut has shared a post through her official Instagram account. Through this post, Kangana has told that she is going to play the lead character in the film ‘Sita’ to be directed by Aalaukik Desai. Kangana also told in her post that she is very excited about this character. Kangana wrote in the post, ‘The Incarnation – Sita, I am very happy with the team of this talented artist to play the title role in this film. With the blessings of Sita Ram. Jai Siya Ram’. 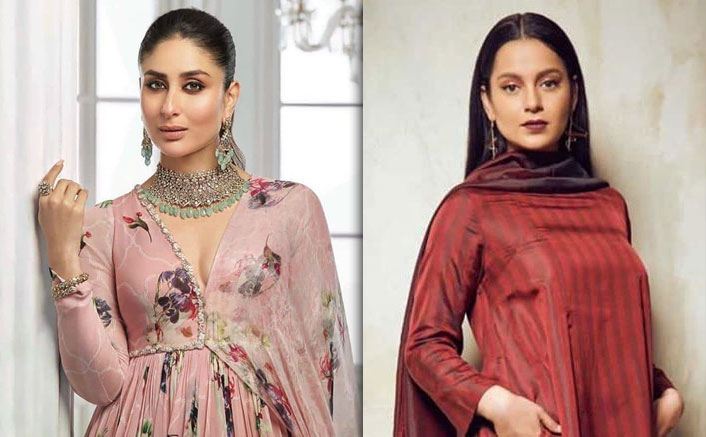 This film of Aalaukik Desai. had been a topic of discussion for many months. The names of many actresses were revealed for the film. Earlier there were reports that Kareena Kapoor Khan has been roped in to play Sita in the film. But Kareena demanded a fee of Rs 12 crore for this film. After which now this character has slipped from Kareena’s bag and fallen into Kangana Ranaut’s bag. With this news, there is a lot of happiness among the fans of Kangana Ranaut.

Let us tell you that this film is a mythological drama film. Which is going to be directed by Aalaukik Desai. This film will be made on a grand set. Produced under the banner of A Human Being Studio, the story of this film has been written by Aalaukik Desai himself in association with KV Vijayendra Prasad. The dialogues of the film have been written by Manoj Muntashir. Apart from Hindi, the film will also be released in Tamil, Telugu, Malayalam and Kannada languages.