Singer Kanika Kapoor, who became famous from house to house with the song ‘Baby Doll’, has tied the knot. Kanika and Gautam’s wedding rituals are taking place in London and the couple’s first wedding photo from London has also surfaced, in which both of them are looking very cute together. While Kanika is wreaking havoc as a bride, the groom Gautam is also giving a tough competition to his wife Kanika in terms of looks. 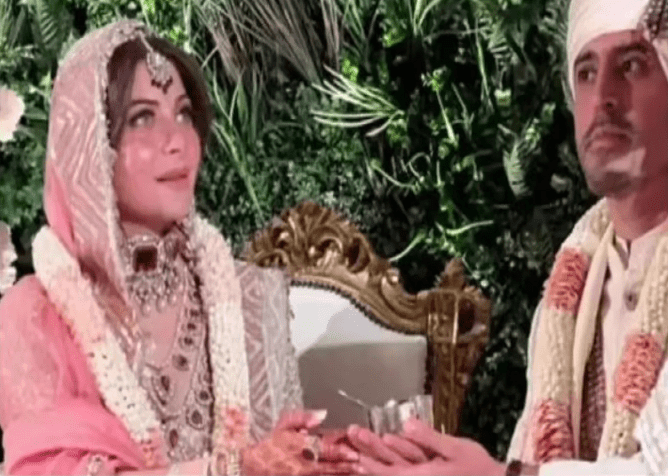 Kanika Kapoor and Gautam have taken seven rounds on 20 May. In the wedding, Kanika wore a beautiful pink color lehenga, in which she looked amazing. White embroidery work is done on Singer’s lehenga. She completed her look with heavy jewelery and makeup. At the same time, Gautam looks quite handsome in a light pink color sherwani. He is wearing a matching turban and a dark colored garland around his neck. 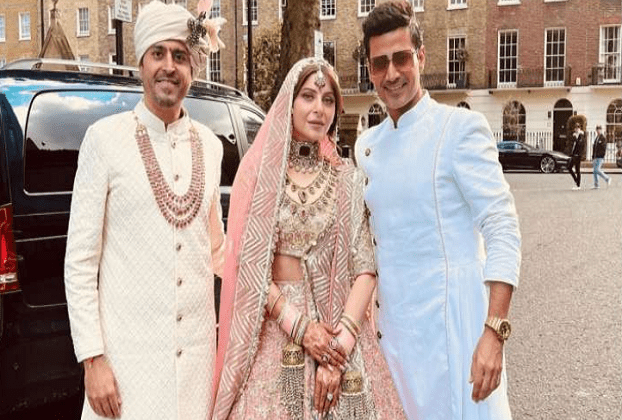 Kanika Kapoor shared pictures of her Mehndi and Haldi ceremony, which was well-liked by the fans. Kanika made a lot of noise in her Haldi ceremony. She danced a lot with her husband Gautam. Sharing these photos, the singer wrote in the caption, ‘G, I love you so much.’ Fans and celebs congratulated the couple on starting a new life as soon as these pictures surfaced on Instagram. Commenting on this post, famous comedy star Kapil Sharma wrote, “Many congratulations to both of them, God’s blessings remain.” 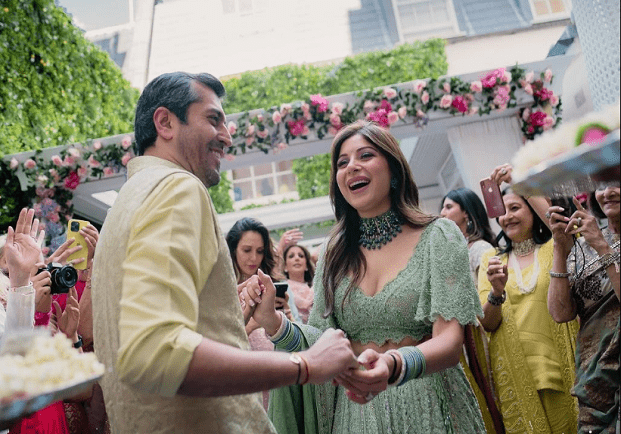 Let us tell you that Kanika Kapoor’s husband Gautam is an NRI businessman. This is Kanika’s second marriage. Her first marriage was to NRI Raj Chandauk. But both had divorced. After marriage, they have three children Ayan, Samara and Yuvraaj. Kanika came to Mumbai only after getting divorced from her first husband and released her song ‘Jugni Ji’. This song changed the fate of Kanika and today she is included in the famous singer.