Kapil Asked Kartik About Rumors Whether He Is Taking Home A Huge Payback For Shehzada- Checkout The Befitting Reply Of Actor!!!

Kapil Sharma shared an uncensored video from an episode of The Kapil Sharma Show on the YouTube Channel. The show featured the cast of the Netflix movie titled, “Dhamaka”. The clip began with whether Kartik had taken home a huge paycheck for Shehzada or not.

Kapil asked, “Aapki sachi mein fees zyada ho gayi hai ya film ka title aapne dekha Shehzada (prince) hai toh aapne zyada maang li (Did your remuneration really increase, or did you just look at the title of the film and quote a higher fee)?” Kartik blushed and replied to this. He said, “Paaji aisa hota toh har picture ka naam Shehzada rakhta main (Brother, if that was the case, I would call every film of mine Shehzada).”

Next, Kapil asked Kartik to deny or confirm the allegations leveled against him. Referring to Kartik’s exit from Dostana 2, Kapil asked, “Aap pe ek aur ilzaam hai ki aapko dostana raas nahi aata. Kya Yeh ilzaam sahi hai (There is an allegation against you that friendships are not to your liking. Is this true)? “

In response to this, Kartik said, “Nahi, yeh bhi jhooth hai (No, this is false too).” It was reported in April that Kartik left Karan Johar due to his unprofessional behavior and it led him to move out of the list of actors cast in Dostana 2. Dharma Productions gave a statement regarding him. The statement read, “Due to professional circumstances, on which we have decided to maintain a dignified silence, we will be recasting Dostana 2, directed by Collin D’Cunha. Please wait for the official announcement soon.” 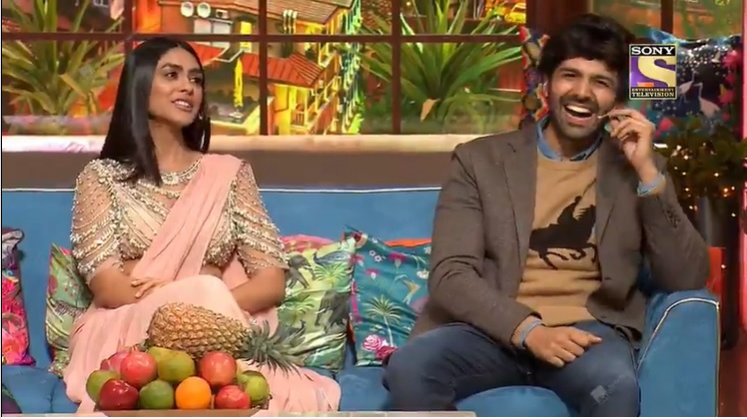 Kartik doesn’t want to comment on this. At the Agenda Aaj Tak 2021, the Akash Vaani actor said that he’s not part of any “camp” in Bollywood and he has reached to this point due to his talent. When being asked about Dostana 2, the actor said, “I don’t want to comment.”