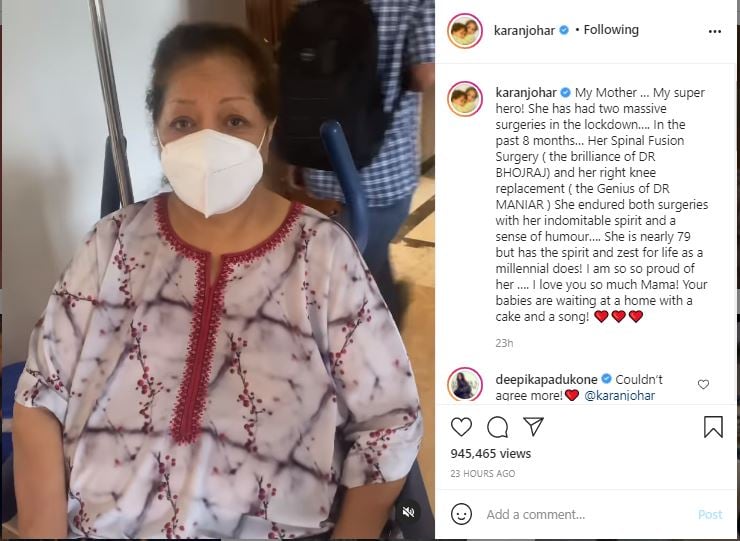 Sharing this video, Karan Johar wrote in the caption, “My mother… my superhero. He has had two major surgeries in lockdown. She had spinal fusion surgery in the last 8 months followed by a knee replacement on his right leg as well as did not let his power and sense of humor fall during both these surgeries He is close to 79 but his hope for life is the same as that of a Millennial. I am so proud of them. I love you so much mama. Your kids are waiting for you to come home with cake and a song for you.” 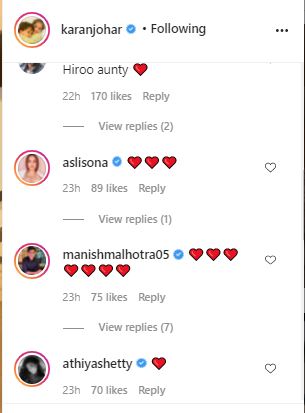 As soon as Karan Johar shared this video, there was a flurry of comments from the stars on it. Many stars like Dia Mirza, Shreya Ghoshal, B Praak, Sonakshi Sinha, Athiya Shetty commented and prayed for Hiroo Johar’s good health. Please tell that Karan Johar is very close to his mother. Even at the age of 79, Karan’s mother takes good care of her son and both grandchildren. On social media too, Karan Johar keeps sharing many videos of his mother when she plays with both the kids.