On the upcoming promo of Colors TV, It can be seen that this week is going to be emotional for the contestants as they will be meeting their family virtually this time. The first promo showed Karan Kundrra’s family accepting their relationship with girlfriend Tejasswi Prakash wholeheartedly. Now, the latest promo shows that during the virtual meet Tejasswi points out Karan and asks her brother if he likes him, after that she gets a reply from her brother saying that he is nice and even their mother also said yes to their relationship. After that, the actress seems very happy and all the other contestants cheered up for them. Link the link below: 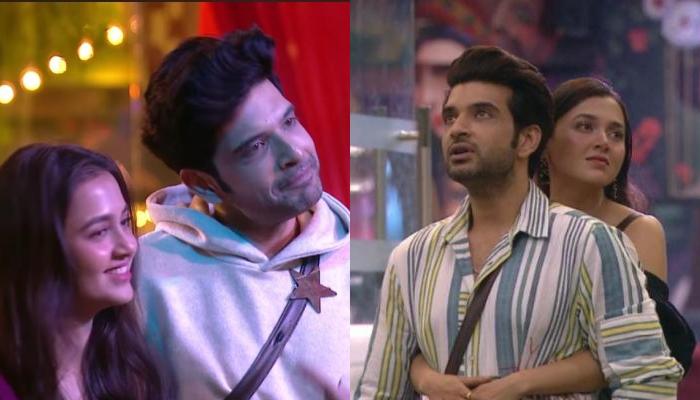 Tejasswi Prakash and Karan Kundrra fell in love inside the house of Bigg Boss after they met each other for the first time on the show. As soon as they accepted their own relationship on national television, their fans started calling them ‘TejRan’ on various social media platforms. In a short span of time on the show they have already seen many ups and downs in their relationship. The latest Weekend Ka Vaar episode shows, an astrologer who takes an entry in the house to predict the future of the contestants. The astrologer revealed Karan that this relationship might not work as their can be issues from Tejasswi’s side. Karan confidently replied to the astrologer that they will work together on their relationship, which will help them to stay together. On the same promo it shows that other contestants also meet their families, in which Rakhi Sawant gets emotional seeing her mother. She expresses her feeling to her mother that she loves her and will not be able to live without her. Last year, Rakhi Sawant’s mother was suffering from Cancer, and Actor Salman Khan helped her in the treatment, for that Rakhi always show her gratitude towards khan on national television and also in front of the media.