It’s that time of the year when the entire country gets drenched in the festivities of Ganesh Chaturthi. Every city in India has welcomed Lord Ganesha to their abode and are celebrating the festival with oomph and gusto. One can hear Ganpati Bappa Morya being shouted out of the lungs in every nook and corner. Among them, the Bollywood stars in Mumbai are also participating and adding more fun and glamor to the festivity. 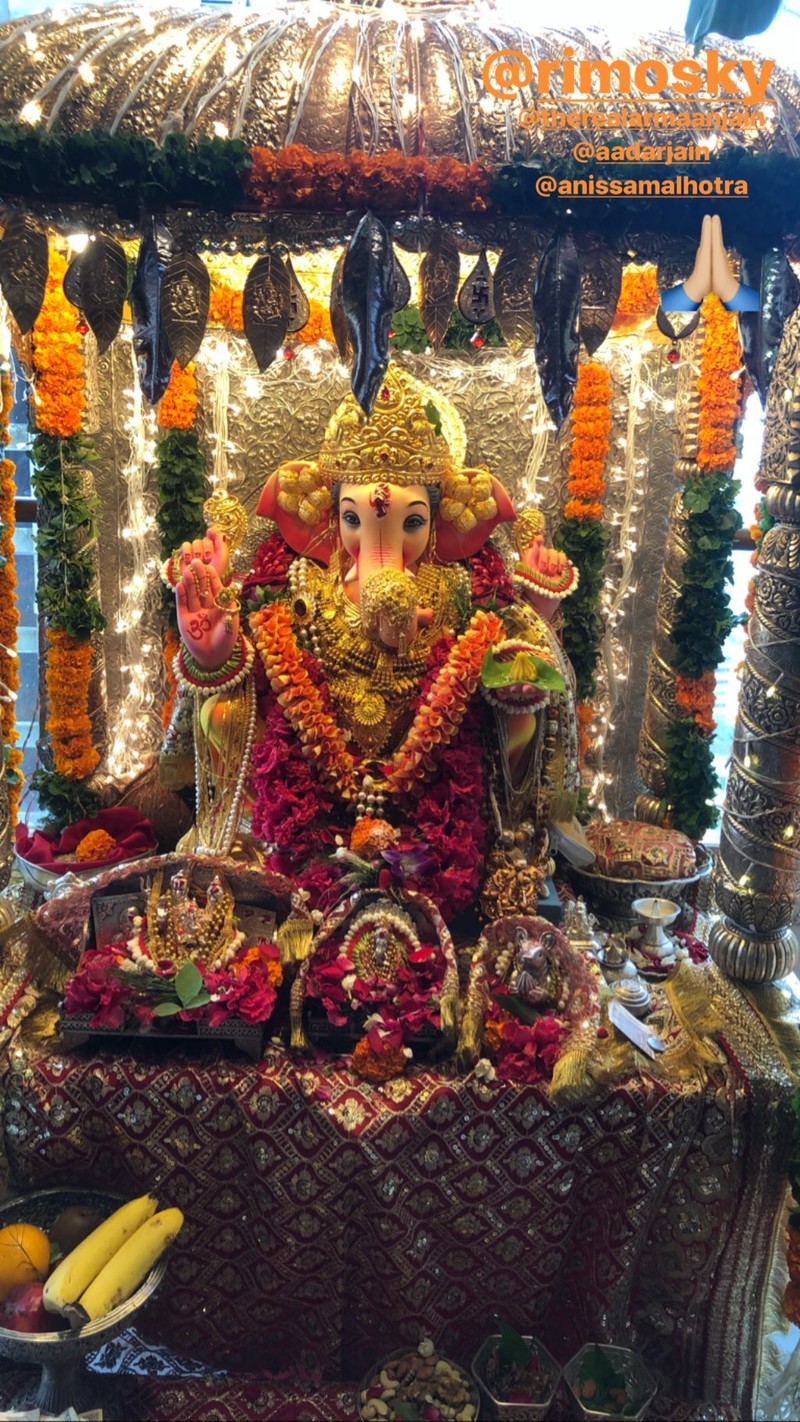 A number of Bollywood and TV stars and celebrities like Shilpa Shetty, Nia Sharma, and the Ambani’s have welcomed Lord Ganesha to their homes. We’ve all seen videos and pictures of all these stars dancing like crazy on the beats of the dhols while taking Ganpati Bappa to their homes. But you wouldn’t have seen this cute video of Bollywood’s cutie Taimur Ali Khan celebrating the festival that has taken over the entire city of dreams. 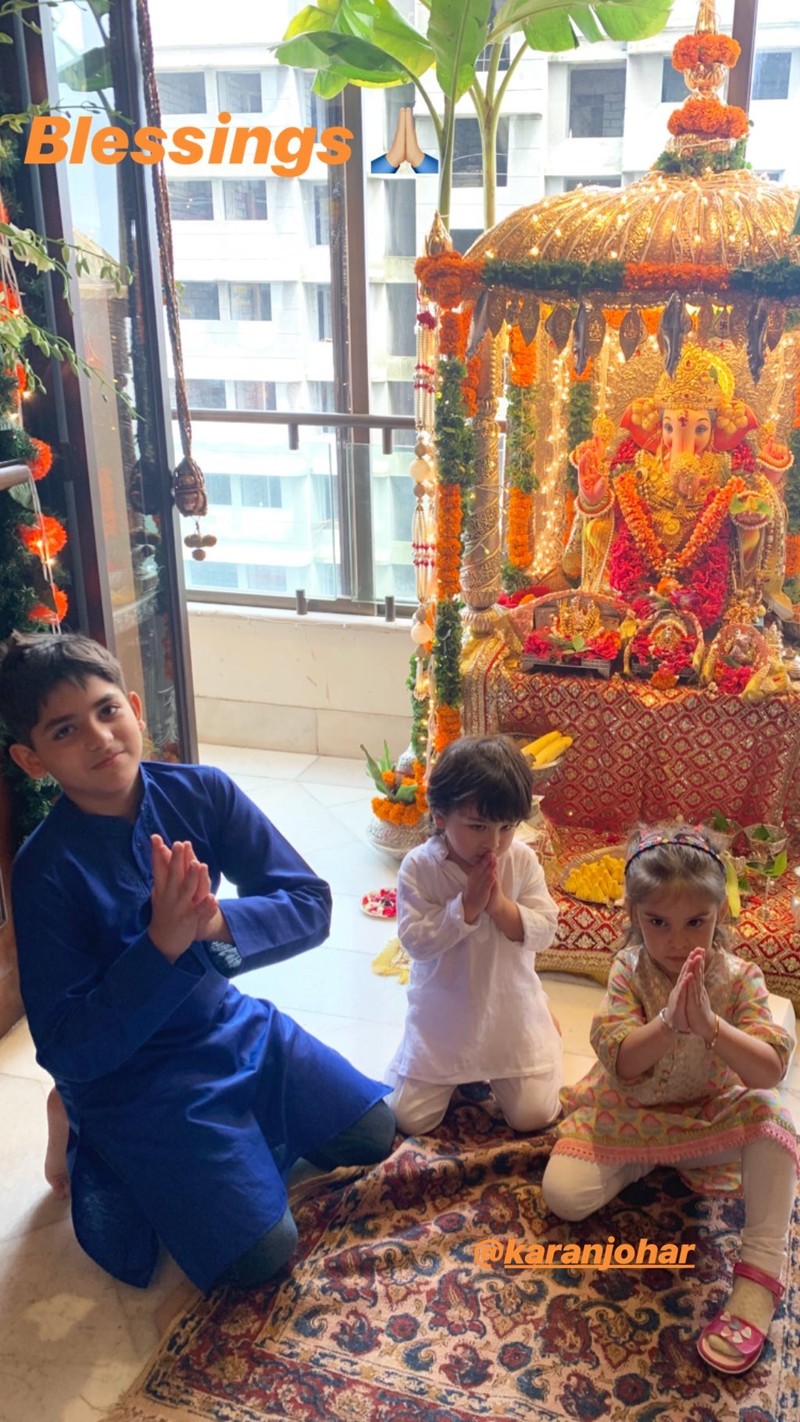 Taimur Ali Khan celebrated Ganesh Chaturthi at Rima Jain’s abode. Kareena Kapoor Khan, Karisma Kapoor, Babita, Hiroo Johar, Armaan Jain and his fiancee, Anissa Malhotra along with kids, Kiaan Raj Kapoor, Taimur Ali Khan, Roohi Johar and Yash Johar got together to seek blessings from Lord Ganesha before it is time to bid him adieu. Karisma shared glimpses from the celebrations but our favourite is the one in which baby Tim shouts ‘Ganpati Bappa Morya’ with his mamu, Armaan and brother, Kiaan! Karisma captioned the video as “#ganpatibappamoriya #family @therealarmaanjain @anissamalhotra @rimosky.” 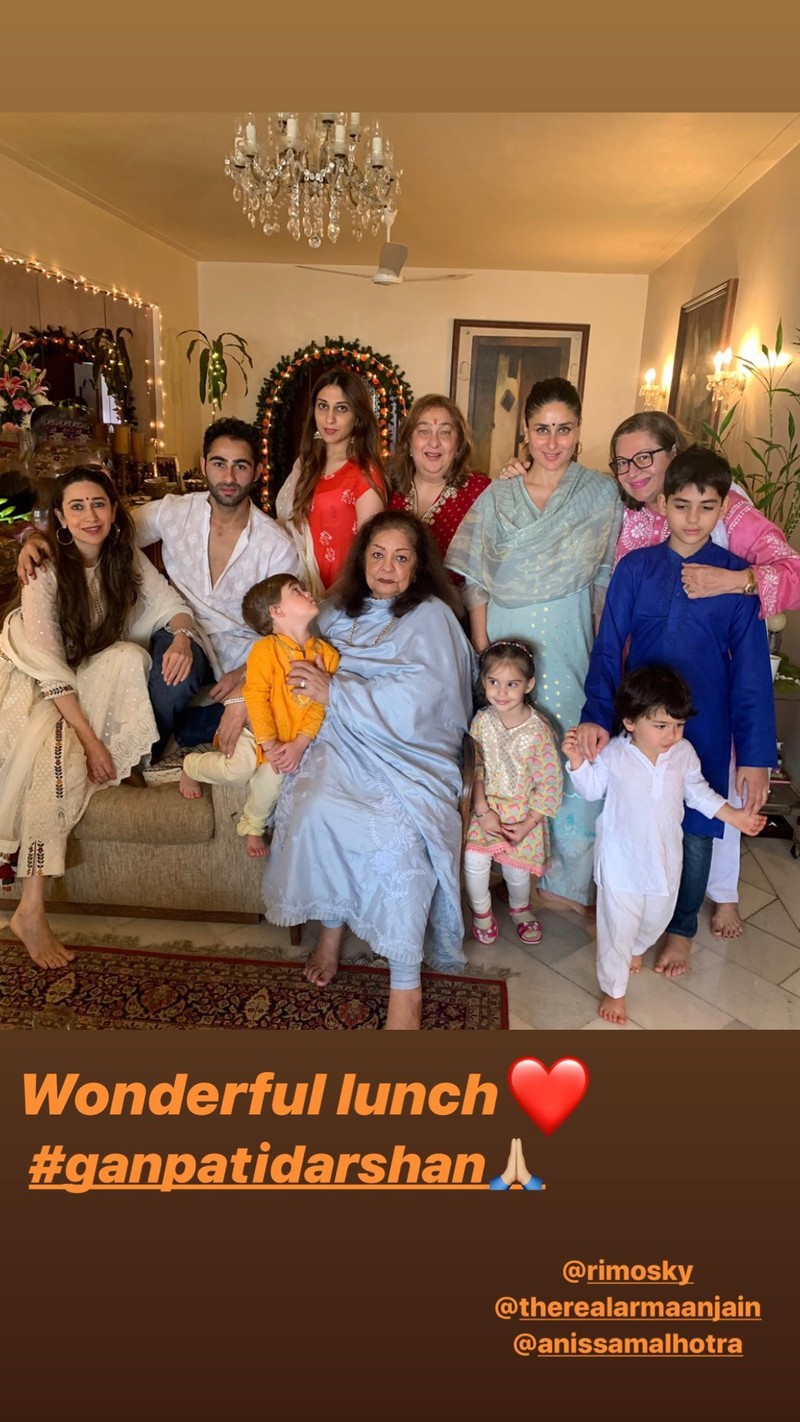