Bollywood actress Kareena Kapoor Khan is currently holidaying in the Maldives with her family. She is constantly sharing pictures of her two sons Taimur and Jahangir from the Maldives. Till some time ago, Kareena Kapoor Khan kept son Jahangir’s face hidden from the public. But, now she is constantly sharing new pictures of the younger son from the Maldives. Kareena has now shared a new picture of Jehangir on her Instagram, in which she is holding her son in her lap and kissing his forehead. 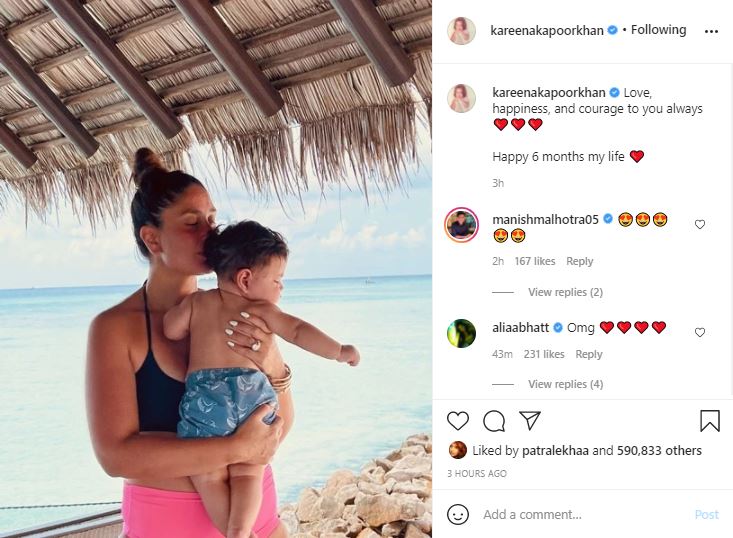 Jahangir is six months old. Kareena wrote in the caption of Instagram, ‘Wishing you six months of my life.’ Let us tell you that like Kareena’s first son Taimur, there was a lot of controversy regarding the name of his second son Jahangir. Saif and Kareena were trolled a lot on social media for naming Jahangir. However, on being trolled by Kareena, actress Swara Bhaskar came out in her favor and she lashed out at the troller. Kareena Kapoor wrote for her son Jahangir in her Instagram post, ‘Love, happiness, and courage to you always.’ Describing his life, he has wished Jahangir on the completion of six months. In the Instagram picture, Kareena is seen wearing a black and pink swimsuit and is holding son Jeh in her arms. 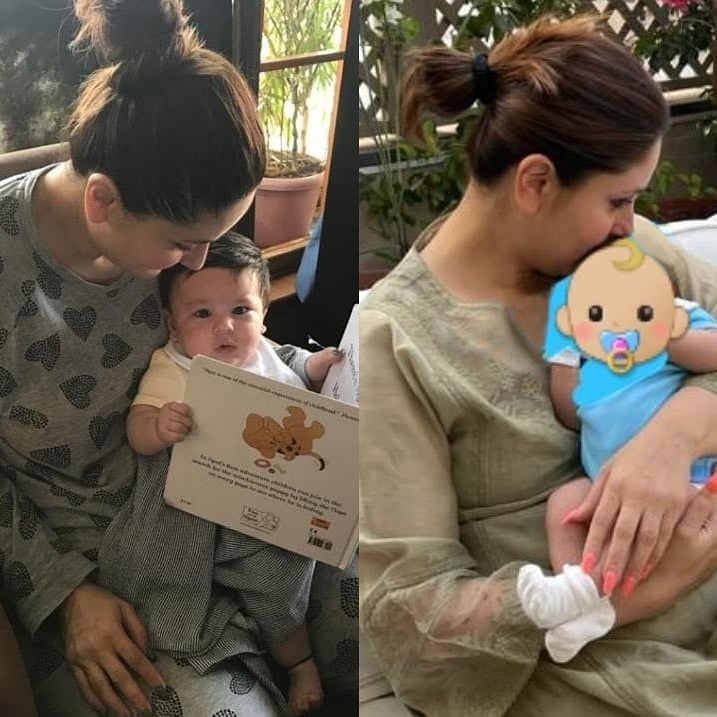 The name of Kareena Kapoor’s second son Jahangir has become public only a few weeks ago. Before this, Kareena and Saif had kept Jahangir’s name and face publicly hidden. She first gave information about Jeh during the release of his book on pregnancy. Since the release of her book, Kareena has been constantly sharing new pictures of Jehangir. In which Jeh’s face is clearly visible. Let us tell you that Kareena Kapoor Khan had revealed in her book that while Taimur looks like his father Saif, Jeh’s face has gone on him.

Kareena Kapoor has written about her experience during both pregnancies in her book. He says that my two children are completely different. While Taimur was flamboyant at the age of three months, Jeh is calm. Kareena has written in her book itself that during the birth of Taimur, she did not drink milk for 14 days. She has also written that she was unable to breastfeed Taimur at the time of his birth, whereas she was able to breastfeed easily during Jeh’s birth.