The Met Gala 2021 has already begun. On Tuesday, September 14, many Hollywood celebs took part in this big and prestigious charity event. Kim Kardashian is often seen in such revealing clothes that many times the eyes of the beholder are left wide open. 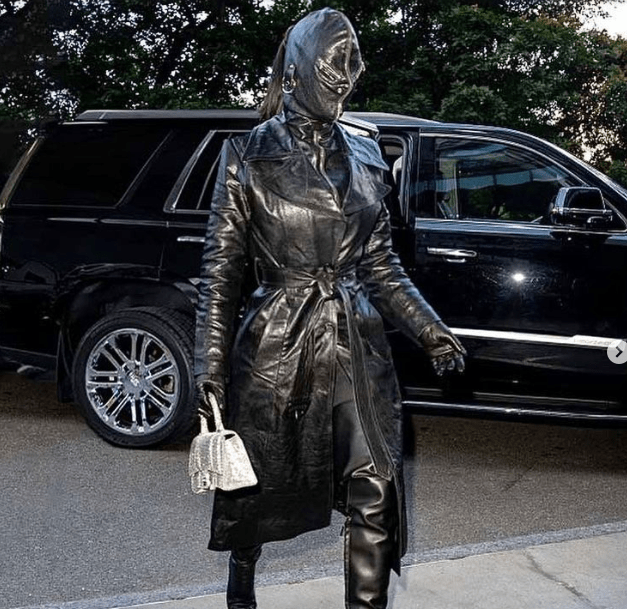 But recently, the look in which Kim Kardashian reached the Met Gala 2021 has surprised everyone. Kim who is always seen in a bold and hot look has reached the red carpet of the Met Gala with a full body cover this time. This time Kim is wearing such a dress that her body is not visible even an inch. From head to toe, everything is covered with black dress, even the nose, hair, eyes, and fingers of the actress, everyone is surprised to see this getup of Kim. The photos of the actress are becoming very viral on social media, which are also being made fun of, Bollywood actress Kareena Kapoor Khan has also reacted to Kim’s photos. 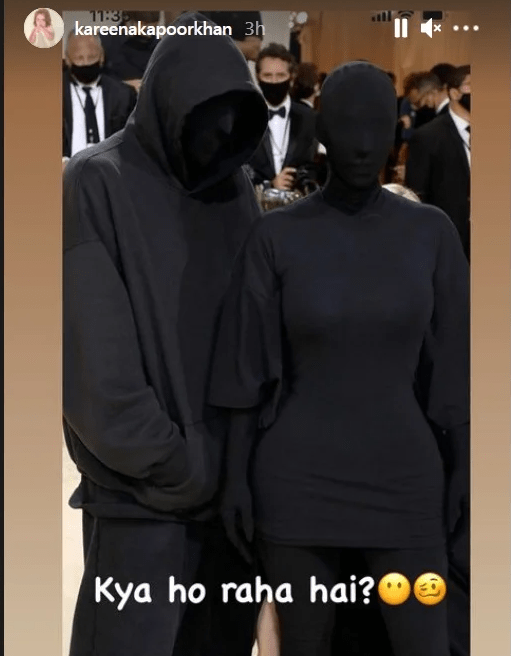 Kareena Kapoor has shared this photo of Kim Kardashian on her Instagram story with which she has asked a question also. Sharing the photo, Kareena asked, ‘What is happening’? People are making fun of Kim’s dress and sharing funny memes on social media like this. 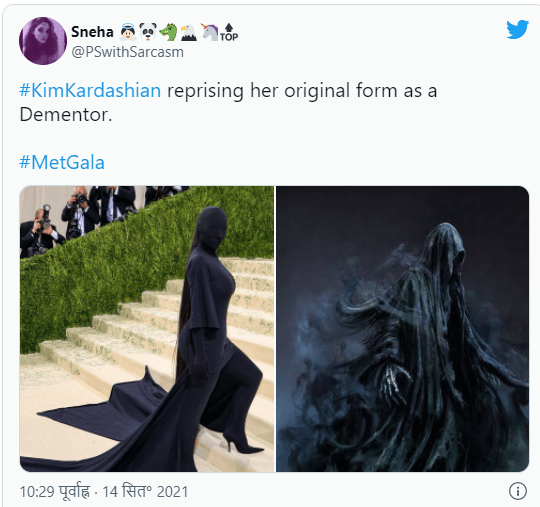 Kim is being described as the Dementor, who is seen in the Harry Potter films. Apart from this, many users say that she looks like a locked character of a video game, which when unlocked reveals her look.