Kareena Kapoor is currently shooting for Sujoy Ghosh’s film Suspect X. With the film, Kareena will mark her OTT debut.

Actor Kareena Kapoor shared a picture of herself on her Instagram handle from West Bengal’s Kalimpong on Wednesday. In the photo, Kareena is seen getting her makeup done with a scenic background behind her. Kareena is currently gearing up for her OTT debut.

Sharing a picture from the sets of her upcoming film based on The Devotion of Suspect X, Kareena wrote, “Day 1-Kalimpong…The devotion of suspect X.” In the photo, Kareena is seen looking at a mirror, as she gets her hair done. The film’s crew is also spotted in the picture, along with the beautiful hilly background.

One fan commented, “What a background,” another one wrote, “Life ho toh aisi (I want a life like that).” While one wrote, “This is amazing,” another one called it a “picturesque shot.” Many fans dropped heart and fire emojis in the comments section of the post.

The project, a murder mystery, is the screen adaptation of one of Keigo Higashino’s most acclaimed works. The film is directed by filmmaker Sujoy Ghosh and it is backed by film producers Jay Shewakramani, Akshai Puri, and Thomas Kim. The film will also star actors Jaideep Ahlawat and Vijay Varma. 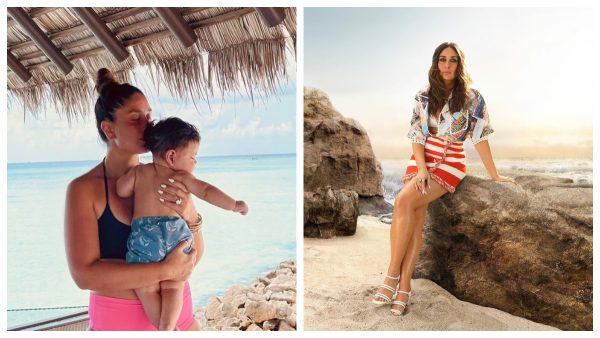 In an interview with Hindustan Times, Kareena talked about the film and said that she’s excited about her OTT debut. She said, “I’m very excited to be a part of this project for several reasons. This film will mark my streaming debut and it’s my return to acting after my second child with a stellar cast and crew. The film is a screen adaptation of a work that was a global bestseller. It has so many aspects to it murder, mystery, thrill, and much more, which put in the hands of our inimitable director Sujoy Ghosh is something I am eager to start work on.”