Actress Kareena Kapoor is quite active on social media. The actress grabs eyeballs with her quirky posts on social media. Recently, Kareena shared glimpses from a get-together with her sister Karisma Kapoor and their cousins.

While sharing the picture on her Instagram stories, she wrote, “When you are the only one wearing Kala chashmaaa (sunglasses).” The picture shows Kareena as the only one wearing sunglasses as she poses in a printed shirt and black denim. She is surrounded by Karisma, who is in a white kurta, cousin Riddhima Kapoor (daughter of Rishi Kapoor), who is in a white top and denim, cousin Natasha Nanda (daughter of Ritu Nanda) in black, cousin Shaira Kapoor (daughter of Kunal Kapoor) and sister-in-law Anissa Malhotra, who is married to Kareena’s cousin Armaan Jain. 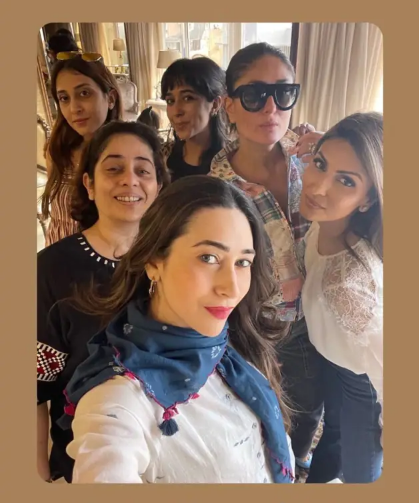 In another story, Kareena appreciated her husband Saif Ali Khan for gifting her blue stilettos, which she wore at the party with her semi-formal look. Sharing a separate picture to give a closer look at the heels, Kareena wrote, “When the husband gifts you the best pair you own (heart eye emojis) love Thy husband (heart emoji).” 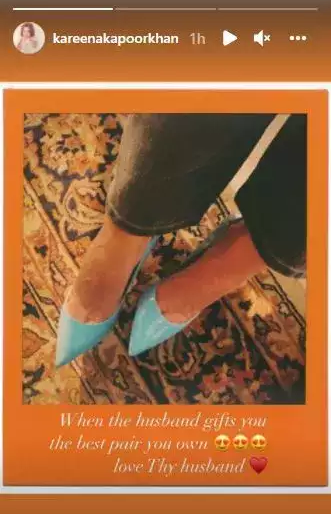 Riddhima also posted a group picture of all her family members on her Instagram page. In the caption,s she penned, “Sister-sister #sistersquadgoals.” 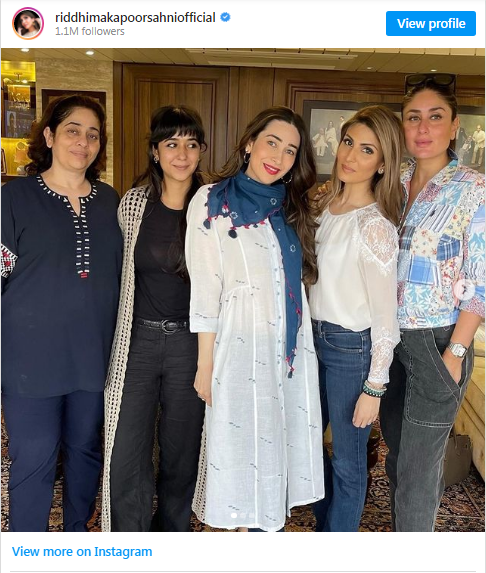 On the professional front, Kareena will next be seen in Laal Singh Chaddha, an official Hindi adaptation of the Academy Award-winning Forrest Gump, which starred Tom Hanks in the lead role. She stars opposite Aamir Khan, who plays the titular role.

Laal Singh Chaddha also features Mona Singh and Naga Chaitanya. The film is directed by Advait Chandan with music by Pritam and lyrics by Amitabh Bhattacharya.