Karisma Kapoor Posts Throwback Photo of Her Holding Salman Khan By The Neck: Find Out!

Actress Karishma Kapoor has returned to Instagram with another series of her fun quizzes. This time, the actress has shared something in the form of a ‘reel vs reality’ post. Kapoor posted a bunch of throwback photos, starring Salman Khan, from the sets of their 1977 movie Judwaa.

Karisma’s context of ‘reel vs reality’ is given in the series of photos she shared. The first one is a still from a hit song in which she and Salman showed their uber-cool chemistry. 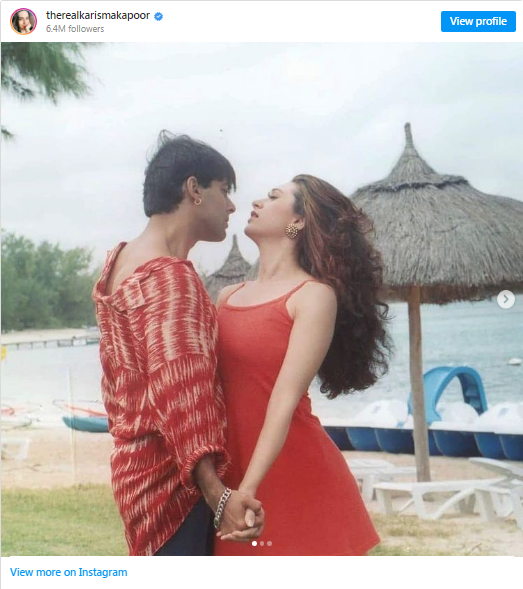 The other two are behind-the-scenes moments. In the second photo, Karisma holds Salman by the neck and he appears to free himself as they share a light moment of a laugh. In the third photo, Salman poses with Karisma, while she is all smiles for the camera. 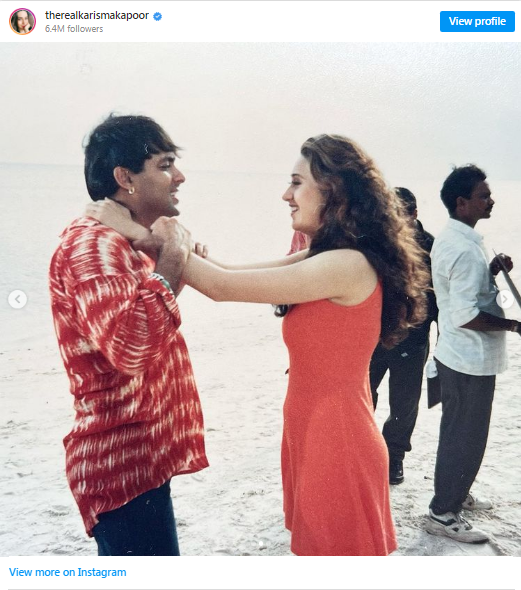 Karishma in the caption asked her followers to guess the song. “Any guesses which song this is?”, she wrote. The fans of the actress found the quiz easy as they identified the song to be Tu Mere Dil Mein Bas Ja from the movie Judwaa. The comments section was filled with red heart and fire emojis. One user commented, “Mujhe ye movie Yaad hai. Mast the (I remember this movie. It was great).” Another fan penned, “Omg! You are always my favorites.” 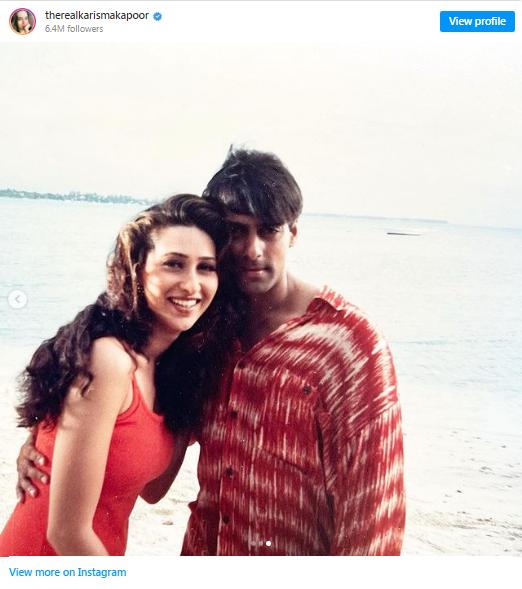 Not only in Judwaa, but Salman and Karisma have mesmerized audiences in other hit films like Andaz Apna Apna, Dulhan Hum Le Jayenge, Biwi No 1, Chal Mere Bhai, and Hum Saath Saath Hai. The actress was last seen in the 2012 movie, Dangerous Ishq.

Salman Khan was last seen in Prabhu Deva’s directed Radhe. The actor will be next seen in Antim: The Final Truth, in which he will be seen co-starring with his brother-in-law Aayush Sharma. Salman Khan also has a cameo in Aamir Khan and Kareena Kapoor’s next, Laal Singh Chaddha.