The hangover from Alia and Ranbir’s wedding is not going to settle soon. This was the most awaited wedding of Bollywood for the Fans who wants to see them together. However, Ranbir had past relationships with several celebrities mainly Deepika Padukone and Katrina Kaif. But this time Ranbir finds his soulmate in Alia Bhatt and they both got married on 14 April. The party bash starts on Saturday, the newlyweds hosted a party for the family and close friends. 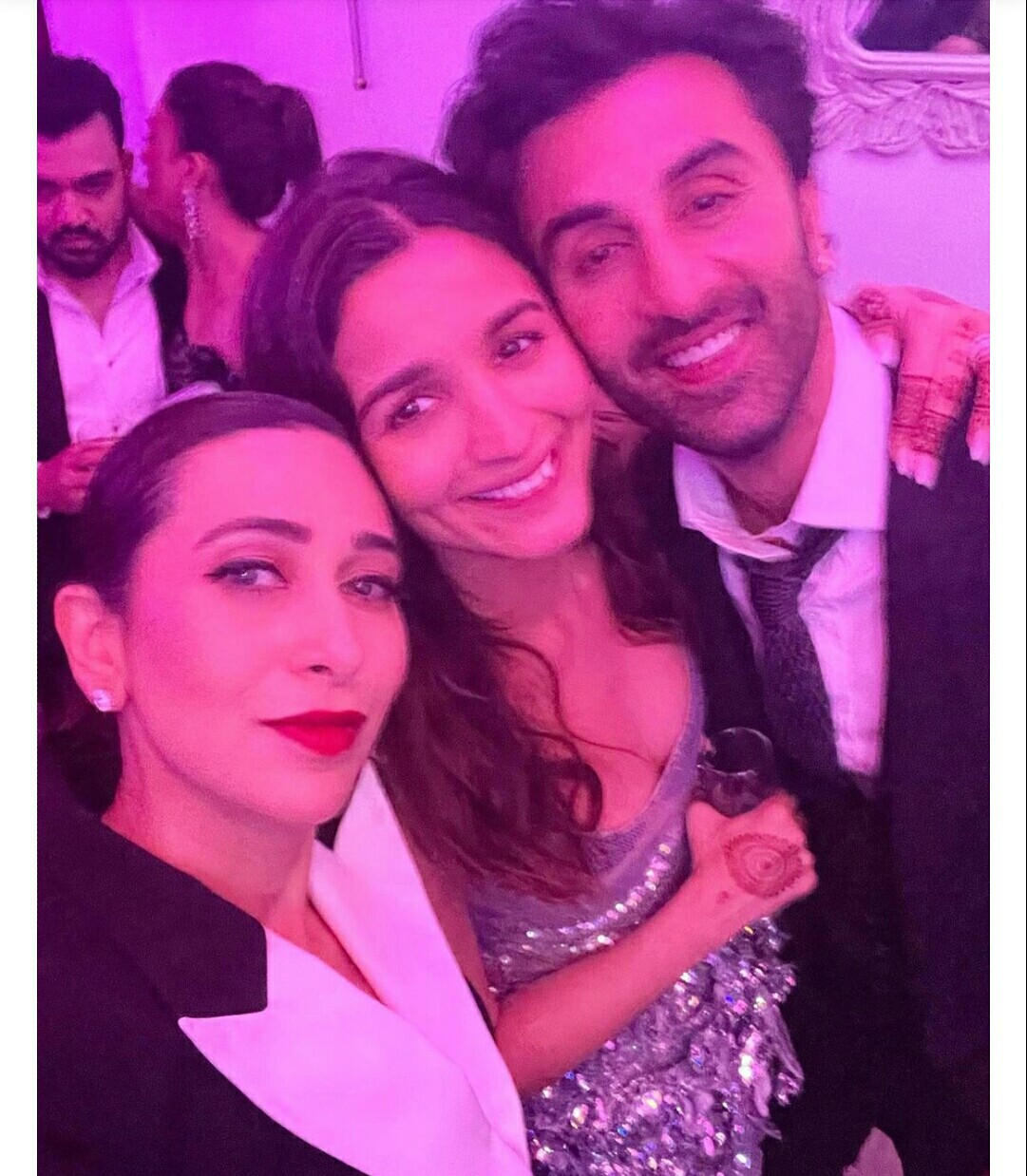 Apart from Kapoor and Bhatt, Karan Johar, Tara sutariya, Malaika Arora, Arjun Kapoor and others attend the bash. Alia wore a beautiful grey sequin dress, while Ranbir is looking dapper in a black pantsuit. Actress Karishma Kapoor shared the glimpses of newlyweds in a selfie. In the viral photo, Karishma can be seen wearing a white-black dress. while sharing the images, Karishma captioned them “Big Love for Mr and Mrs Ranbir Kapoor”.Sharing the  post, Karisma tagged the  post as “#aboutlastnight #merebhaikishaadihai” 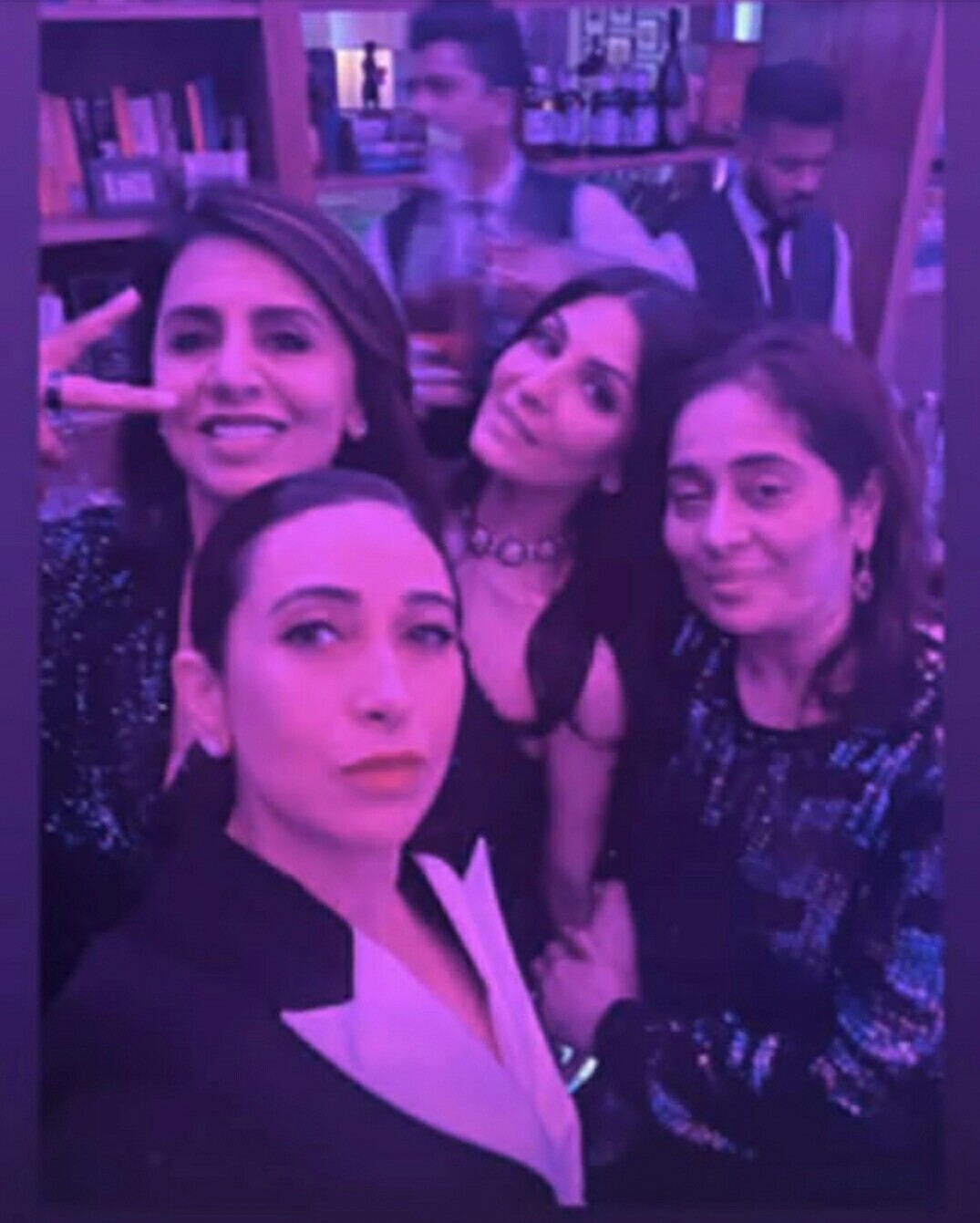 Ranbir’s sister ‘Riddhima Kapoor Sahni’ also shared a selfie with her brother on her Instagram stories and captioned it as “Purple”. She also dropped some images with mother Neetu Kapoor, sister Karishma Kapoor and Nitasha Nanda and captioned them “What a night!!!”
Meanwhile, fans are waiting to see a blaster reception from Ranbir and Alia and looking forward to seeing the guest list also. However, there is no commitment from the Kapoor’s or Bhatt’s.