Kartik Aaryan’s recently released film Bhool Bhulaiyaa 2, is currently doing well. The film is loved by fans and has become one of the best releases of the year. Well, amidst all the hustle and bustle in different cities for the promotion of the film and filming for various projects, the actor finally found some free time to attend a friend’s wedding. The actor shared some beautiful photos and videos from the wedding and we bet you can’t take your eyes off these pics.

Kartik Aaryan posed for the picture with the bride wearing a red lehenga while he donned a black sherwani. He smiles in the following photo while posing with the newlyweds. Then comes another selfie with the bride, followed by a video of the couple dancing. He then posted a video of his friend complaining about Kartik being late for his wedding. 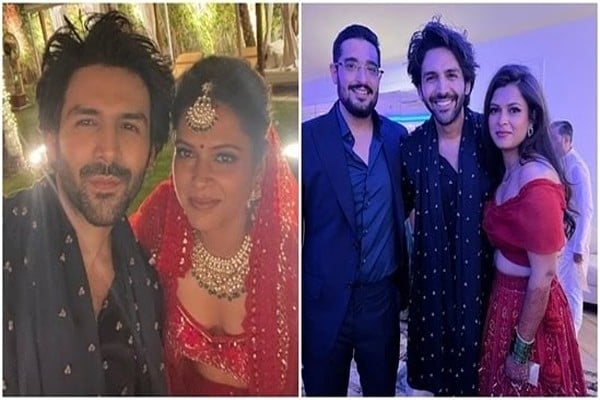 Kartik Aaryan has films in the works. He is working with Kriti Sanon on Rohit Dhawan’s director Shehzada.  Kartik will also star in Hansal Mehta’s director Captain India, in which he will be starring in the role of a pilot. He also has Freddy from Shashanka Ghosh and the next in Sameer Vidhwan’s kittens.