Kartik Aaryan has been in the buzz for his alleged drop out from Karan Johar and Dharma Production’s Dostana 2. The news of the actor’s sudden exit from the film made headlines a few months back and it was reported that KJo has apparently decided to not work with him in the future courtesy, his unprofessional behaviour. However, neither Kartik nor Karan has commented on the matter yet. 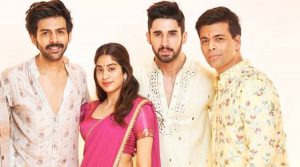 After this incident, Kartik’s walking out of Shah Rukh Khan’s produced film Goodbye Freddie, also caught the paparazzi’s attention. While Kartik is maintaining a silence on the same, a celebrity astrologer and face reader Pandit Jagannath Guruji has predicted what lies next in the actor’s kitty.

The astrologer has compared Kartik’s career graph with that of Sushant Singh Rajput, but also maintained that he will not meet the same fate as the latter. As per him, “It basically indicates a fluctuating career graph—making it big and then witnessing a sudden, unforeseen downfall. The possibility of the actor having to battle depression-like circumstances at some stage in life, can also not be ruled out. But at the same time, the power lies in Kartik’s hands to mend broken bridges. He should probably begin by taking some time off the industry.”

According to him, Kartik’s fallout with a major production house might not be the only bad news that will come his way and the actor may lose out on some other big projects as well, which will most probably be bagged by other prominent names in B-town. 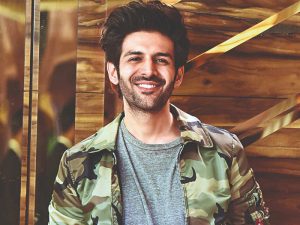 The famous astrologer also added that Kartik’s drop from big projects will leave a few respected filmmakers apprehensive in signing him for their upcoming projects and there is a possibility of the actor making appearances in reality shows in the coming years.

Kartik’s fiasco with Dharma Productions came to the forefront when the production house officially announced that Kartik Aaryan would no longer be a part of their upcoming production Dostana 2. Talking about his walking out from SRK’s production, it is being said that Kartik was not impressed with the film’s script.

Seems like the actor is having a tough time. We wish him the best of luck in his future endeavours.