Bollywood actor Kartik Aaryan was honored with the title of National crush. Actresses like Sara Ali khan who had expressed her desire to date the actor on Karan Johar’s show Koffee With Karan. On the other hand, Ananya Pandey had openly declared her crush on the actor on National Television. Seems like the actor has a long queue of actresses drooling on him. However, now, news of their split has been doing rounds on the internet. It is being said that Sara Ali Khan wanted to concentrate more on her acting career rather than entering into any serious relationship. 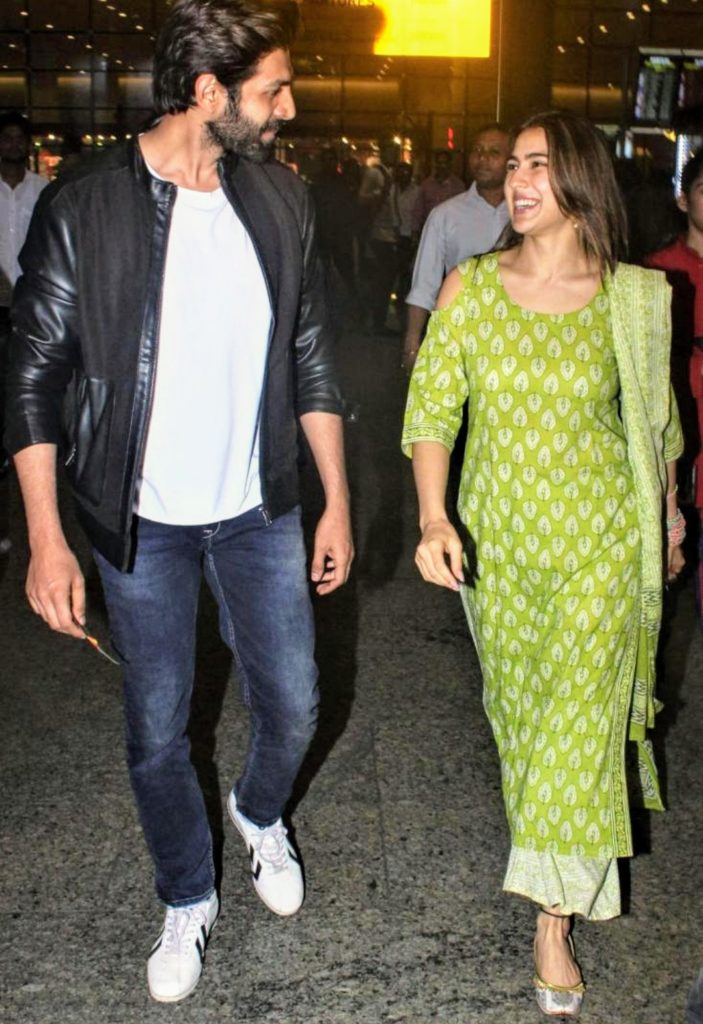 Recently, when asked Kartik about the split up reports with the Sara Ali Khan and started dating Ananya Pandey as the duo were spotted having a dinner date. The couple maintained their “Just friends” stance. Fans want to know what’s cooking between the two. 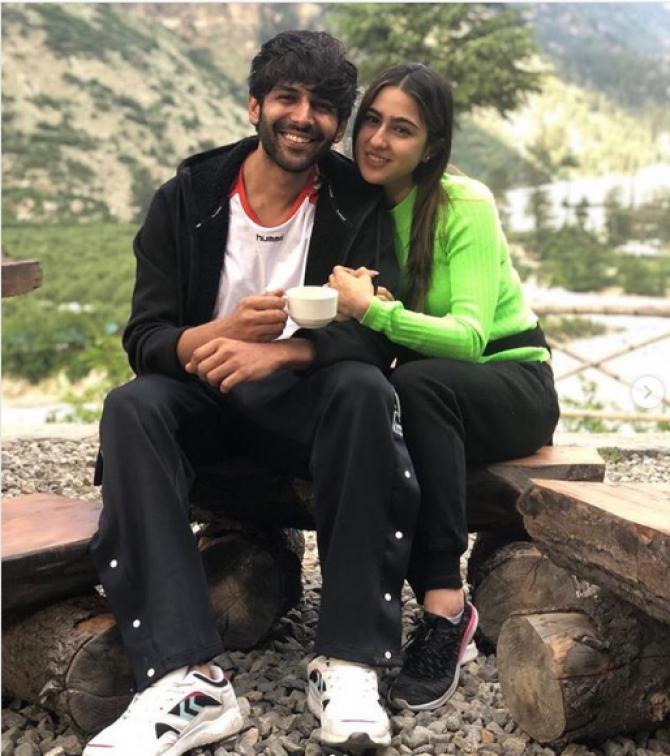 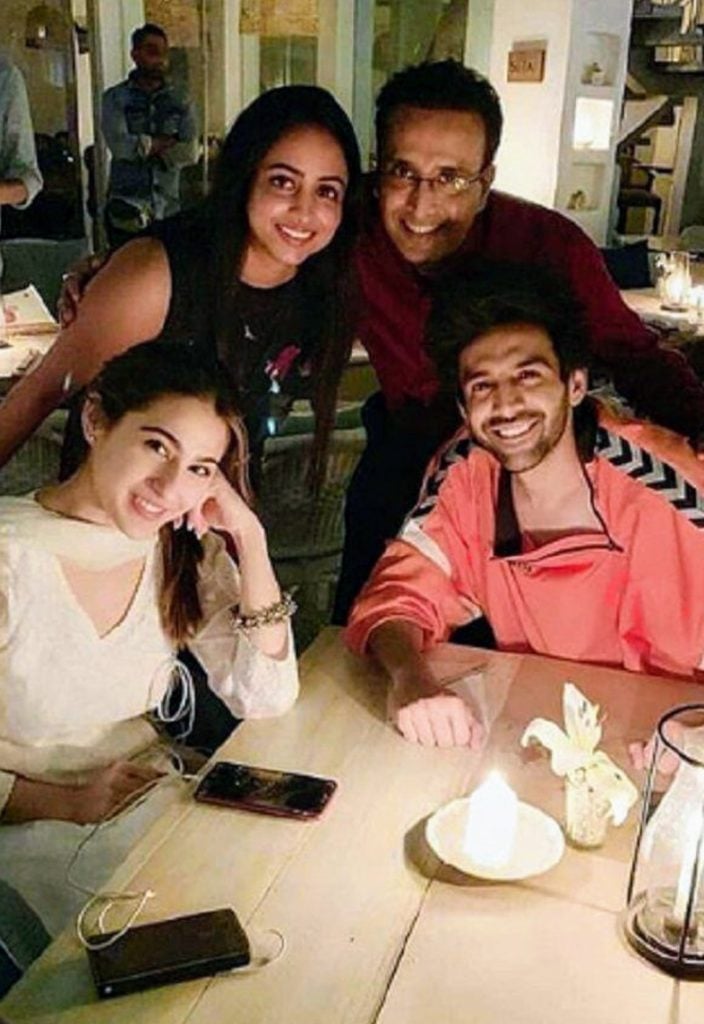 In an interview, actress Ananya Pandey had once opened up about their alleged love triangle between Sara, Kartik. She said, “There is no triangle! I think, me as a person, I am so young. I’m just 20 and it’s normal to have a crush. I’m very much open about my feelings and I’m very open about the people I have crushes on. But I’m so young, I think my crushes change also all the time. So I think it’s just a fun fact, everyone is having fun.” She also mentioned, “Yes, I find Kartik super cute and I’m lucky I’ve got a chance to work with him.” 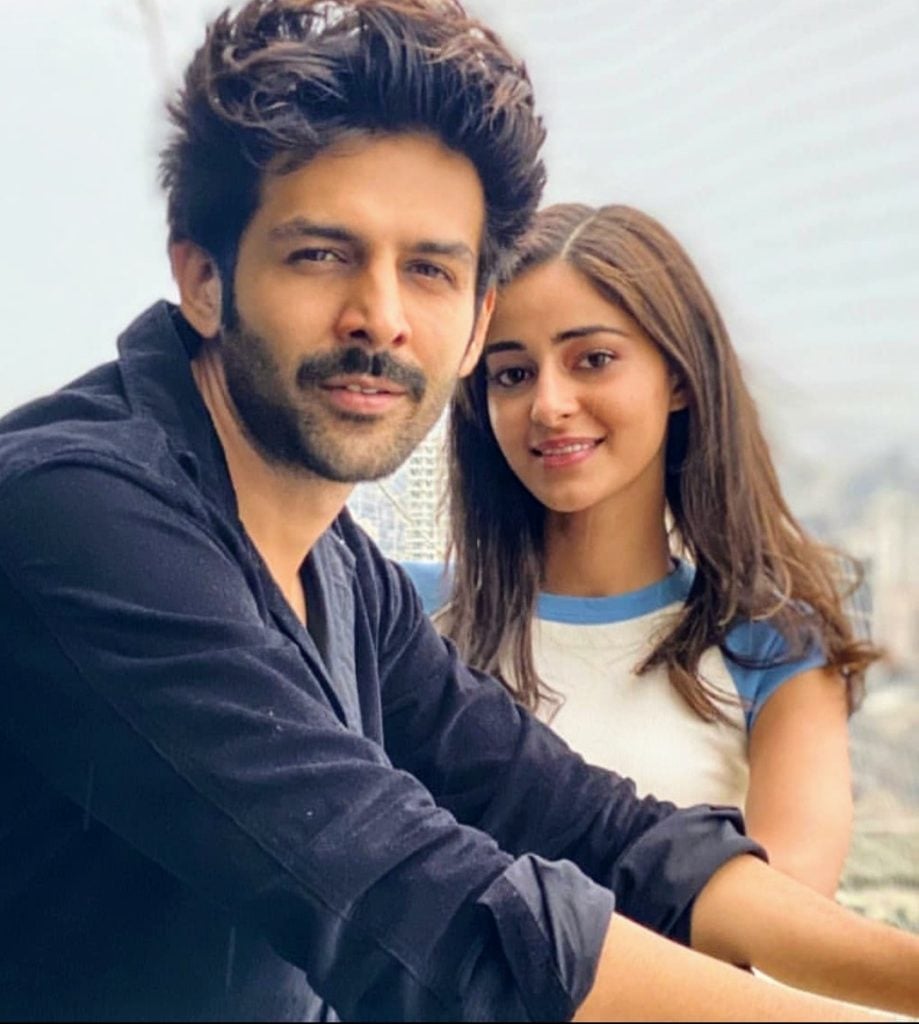 In a recent event for a magazine cover launch, Pyaar Ka Punchanama actor was asked about his split up with Sara. On this, the actor responded nervously and said that just because I ate a meal with Ananya, everyone started asking me about the same. The actor smartly tried to dodge the media questions and mentioned that he also did an ad with the icon, Amitabh Bachchan, but no one asked a single question about that. 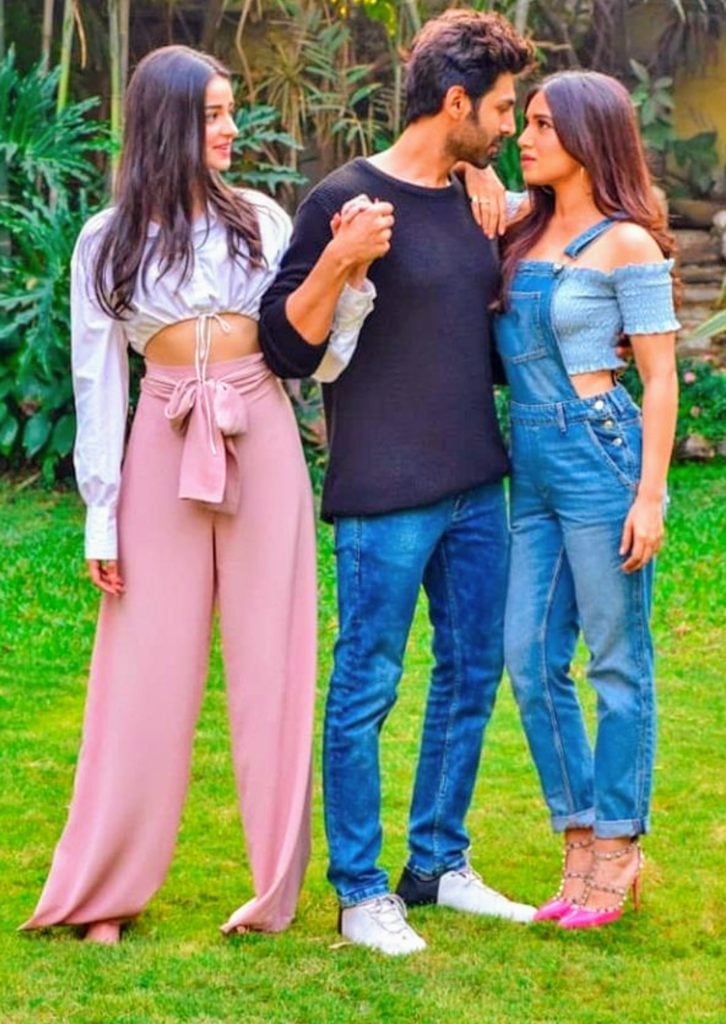 He said, “Do Rotiyan Ananya Ke Sath tod li, Toh Sabne Puch Liya. I did an ad with Mr. Bachchan and shared it on my respective social media that it was on my bucket list. But no one asked me a single question about it.”The actor went on to talk about him being on the cover of the magazine and avoided the rest of the question. At the same event, Kartik also talked about his upcoming film, Pati Patni Aur Woh and mentioned that he was quite nervous about doing the film.

Meanwhile, the actor was seen avoided any question about the break-up reports with Sara Ali Khan and dating rumors with Ananya.

Sara Ali Khan Pens Down A Emotional Poem For Mom Amrita Singh, Calls Her The Cure Of Every Mood Swings; Check Out
“Kareena And I Don’t Live Just For Our Work, We Do Believe In Balancing It All Out”- Saif Ali Khan
When Actor Ranbir Kapoor Revealed He Wants To Play A Character Like Indian Comedian Kapil Sharma; Check It Out
Virat Kohli And Anushka Sharma Bump Into Varun Dhawan, Gf Natasha Dalal In Switzerland; Pic Inside