Ex-Bigg Boss contestant, Kashmera Shah is often seen commenting on Bigg Boss contestants and on incidents that happen in Bigg Boss house. The actress was recently disappointed after hearing Tejasswi Prakash talking about how her connection with Karan Kundra would appear in the telecast of BB 15.

In an episode of the reality show, Karan and Tejasswi were seen talking about their relationship. In a clip shared by Kashmera Shah, Karan Kundra was seen informing Tejasswi Prakash about his personality traits. Mentioning that he’s ‘extremely honest’, he ended the conversation by saying, “Bus tujhe yehi batana tha (I just wanted to tell you this.)” 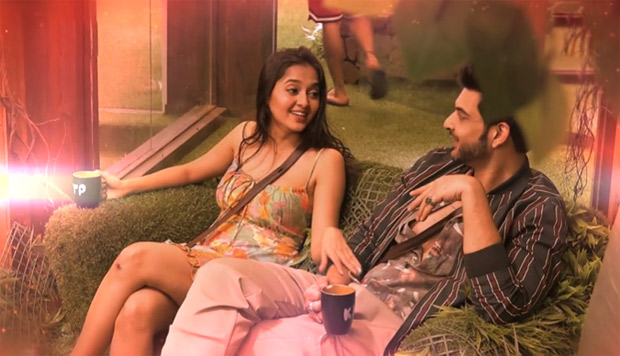 Kashmera took to her Twitter handle to react to the conversation and wrote “Was believing everything that #KaranKundrra said and was feeling #TejasswiPrakash till she spoke about how their love would be shown in the telecast. When one is in love how can your mind think about a telecast? I thought #lovewasblind #bb15 @ColorsTV @VootSelect.” 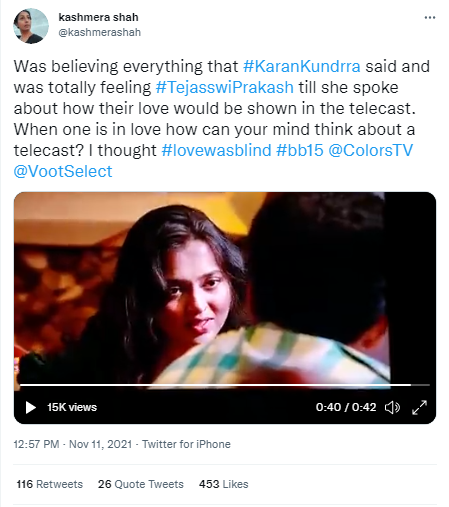 Last month, during an episode of BB 15, Karan was heard telling Ex-Bigg Boss contestant Akasa Singh that he has a crush on Tejasswi and he likes her, “You already know, I have a crush on her (Tejasswi Prakash) hai vo comedy life mein thodi si, (she has a humorous nature) extremely cute hai, achhi bandi hai (she is very cute and a good girl).”

Tejasswi and Karan started developing feelings for each other soon after spending quality time with one another inside the house. How far this relationship will go is something to look forward to.