Kissa Khaki Ka: Stories of Service Beyond Self

Sandeep Shahi is a head constable in Delhi Police. During his service since 2013, he has come across many people who lost their lives due to road accidents. In 2014, he himself became the victim of a road mishap, but he survived because he was wearing a helmet.  Thereafter, it became his mission in life to build awareness in the community about the importance of helmets. He has distributed more than 1100 helmets on the roads of Delhi with his distinctive campaigning style for the cause of road safety. He celebrates all the major festivals and days through this gesture.

This inspiring story has been uncovered by the creators of Kissa Khaki Ka, the official podcast series by Delhi Police. It is featured in the episode titled ‘Helmet Cop’ released on 17th April 2022. Through its weekly episodes, it is bringing forth many such uplifting stories of extraordinary bravery, selflessness, and humanity to the public  in the form of thrilling audio tidbits. 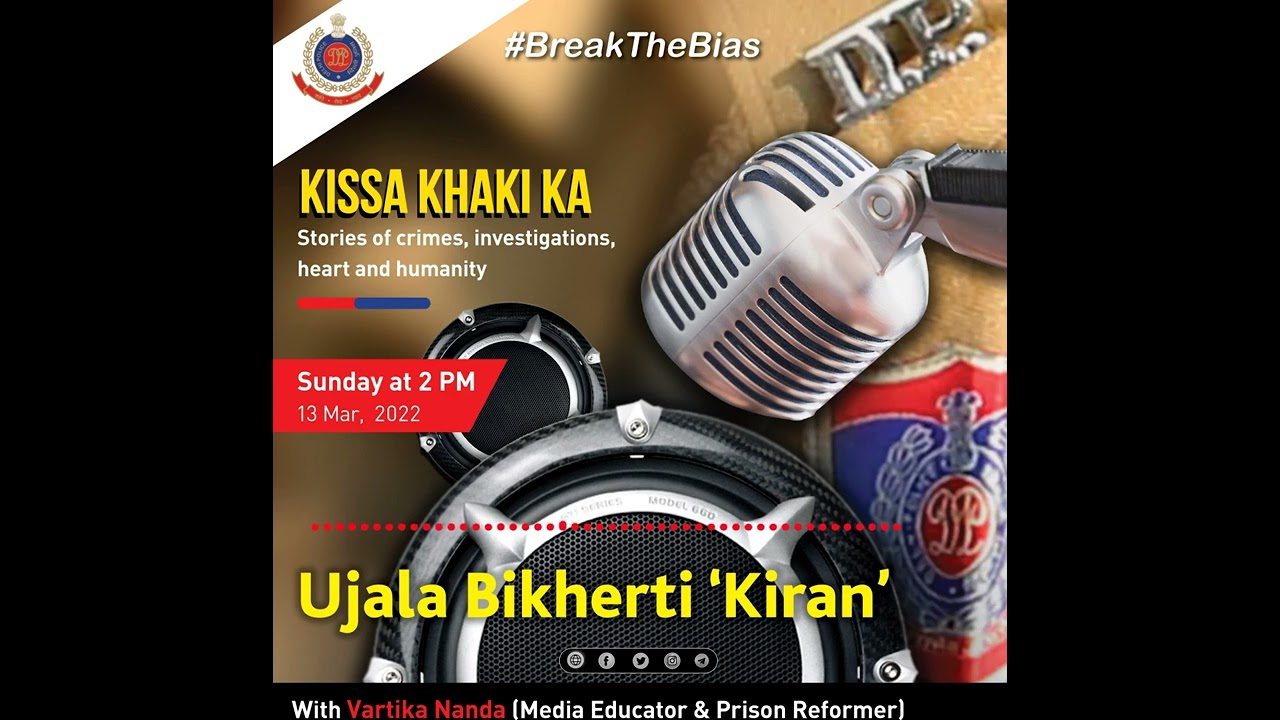 Delhi Police has made its mark in the arena of audio-digital storytelling through its one-of-a-kind podcast – Kissa Khaki Ka. This is the first time in India that a police department has launched its own podcast series. This unique podcast revolves around unheard stories of crimes, investigations, as well as anecdotes of heart and humanity by Delhi Police officials. These have been started with the initiative of Shri Rakesh Ashthana, Delhi police Commissioner. Thsee episodes are conceptualized, composed, and narrated by Dr. Vartika Nanda, a prominent media educator and prison reformer who is widely known for her Tinka Tinka Jail Radio initiatives. The episodes are broadcast on the social media handles of Delhi Police, with a new episode released every Sunday at 2 pm.

From featuring constable Than Singh’s school for underprivileged children near Lal Qila in its first episode to celebrating the generosity of Head Constable Shankar Lal Rath, whose passion in life is to save lives by donating blood, Kissa Khaki Ka has proved to be a light of inspiration for common Delhiites.

The podcast series dedicated all its weekly episodes in the month of March to women officers in the Delhi Police force. The special series began on 8th March 2022 on the occasion of Women’s Day. In its 10th episode, the podcast featured the story of a 54-year-old sub-inspector and in-charge of Kamla Nagar Market outpost, Kiran Sethi, who has left an indelible legacy with her efforts to train more than 8 lakh young women in self-defence, rightfully earning the title of ‘Lady Singham’.

In its many episodic features, the podcast has highlighted the role played by the police personnel in safeguarding the city against the coronavirus pandemic, solving crime, and reinstating the order of justice in the national capital. These stories have dynamically engaged the people of Delhi and nurtured a sense of understanding, respect, and empathy for police officials across all ranks.

Towards a New Era of Podcasting

Kissa Khaki Ka will go a long way in documenting police life and bridging the communication gap between the police and the common public. A similar feat is being achieved by Tinka Tinka Jail Radio Podcast, India’s first exclusive podcast series on prison life and reform. It has provided a platform for inmates and jail staff to showcase their creative talent to the outer world during their confinement.

Both these podcasts are bringing forth a new revolution to the world of audio-based storytelling and reinvigorating public life with unique human interest features. With their inspiring narratives laden with positivity and dynamism, these podcasts are making their presence felt among the masses and striking a new conversation in domains so far untouched, unseen and undiscussed by the mainstream public.

Vartika Nanda heads the Department of Journalism in Delhi University. She is the recipient of Stri Shakti Puraskar, conferred upon her by the President of India Shri Pranab Mukherjee for her contribution in media & literature in 2014. Her name has been included twice in the Limca Book of Records (2015 & 2017) for introducing innovative concepts related to creative expressions of inmates in the field of prison reforms. She is the founder of Tinka Tinka Foundation that is dedicated to prison reforms. Her Tinka Tinka series of books on prison reforms are considered to be authentic sources on Indian prisons. Her podcasts- Tinka Tinka Prison Reforms- on YouTube are the only podcasts in India that are dedicated to prisons.

The authors are final-year students of Journalism at Lady Shri Ram College for Women, University of Delhi.