KL Rahul Expressed His Love For Athiya Shetty; Check Out The Actress’s Reaction!

Today is Valentine’s Day, that is, the day of love. From common man to Bollywood stars, they are celebrating this day with great pomp with their fans. In such a situation, the vice-captain of the Indian cricket team, cricketer KL Rahul also did not hold back from expressing his love to Athiya Shetty. KL Rahul and Athiya Shetty were seen together on many occasions, but both of them never openly said anything about their love relationship in front of the media. However, now after seeing the picture and caption posted by KL Rahul, it seems that he is now ready to openly accept his relationship with Athiya. 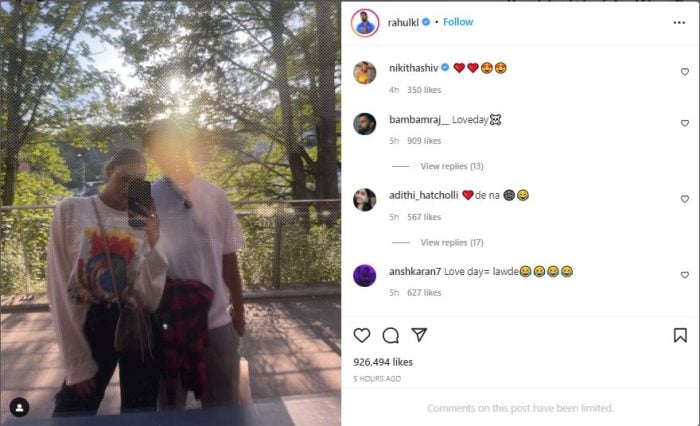 Cricketer KL Rahul posted a picture on his Instagram on the special occasion of Valentine’s Day. In this picture, Athiya Shetty is seen taking a selfie-and Rahul is posing with her. This looks like a picture of their vacation. In the picture, Athiya is wearing a printed hoodie with black jeans, while KL Rahul is seen in a white T-shirt and gray pants, and in his hand is a red and black check shirt. Although the face of both is not very clear in the picture. Sharing this picture, KL Rahul wrote in the caption, ‘Happy Love Day’. Instead of Valentine, he put a heart emoji. Athiya Shetty also responded in a very special way to this picture of KL Rahul. She posted a heart emoji below this picture posted by KL Rahul. After seeing this post, Athiya Shetty’s friends and fans were seen teasing both of them. Commenting on his post, fans wrote, ‘Happy Love Day’. On the other hand, Athiya Shetty’s best friend Akansha Ranjan Kapoor commented below the post and wrote, ‘Oh my god, I am seeing this, evil and cannibal’. Apart from this, Tiger’s sister Krishna Shroff also posted a heart emoji. 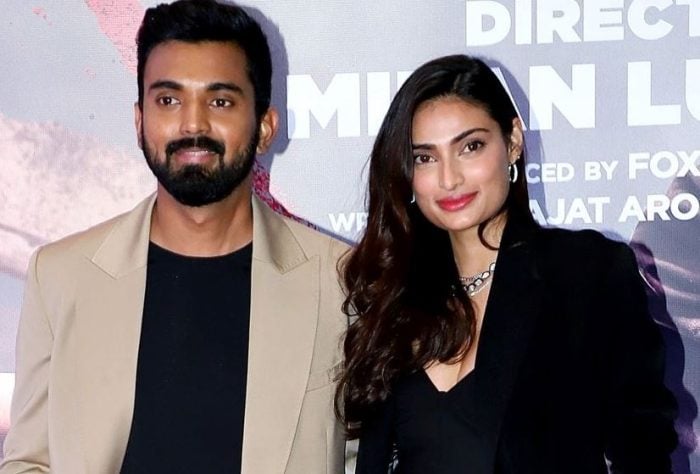 Athiya Shetty and KL Rahul are dating each other for a long time. However, both of them have never openly expressed their love before. Many times the pictures of these two celebrating their vacation have gone viral on social media. KL Rahul and Athiya Shetty first appeared at the premiere of Ahan Shetty’s debut film Tadap.