Know Why Kangana Said ‘Thalaivii’ Would Have Made Earnings Records If It Was Released Before Covid?

Kangana Ranaut’s film Thalaivii was released in theaters on 10 September. The film did not perform as well at the box office as it should have. Shortly after, the film was released on Netflix. Where this film is trending and for this reason, Kangana believes that if this film had been shown in theaters before the pandemic, it could have done very good business at the box office. 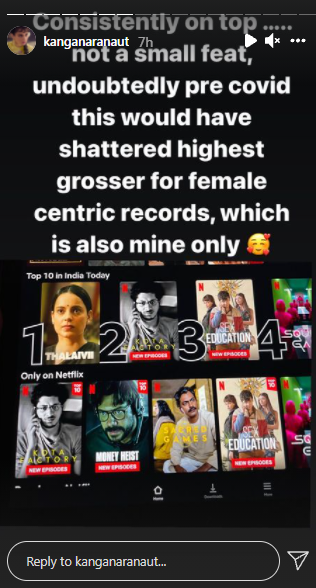 Kangana has been constantly sharing people’s comments and reactions in her Instagram story and she is also giving answers to some. Apart from this, Kangana shared a screenshot of the Netflix app and wrote – It is a big deal to be constantly on top. There is no doubt that if this film breaks all records and becomes the highest grosser female centric film in the pre-covid period, which is my film itself. 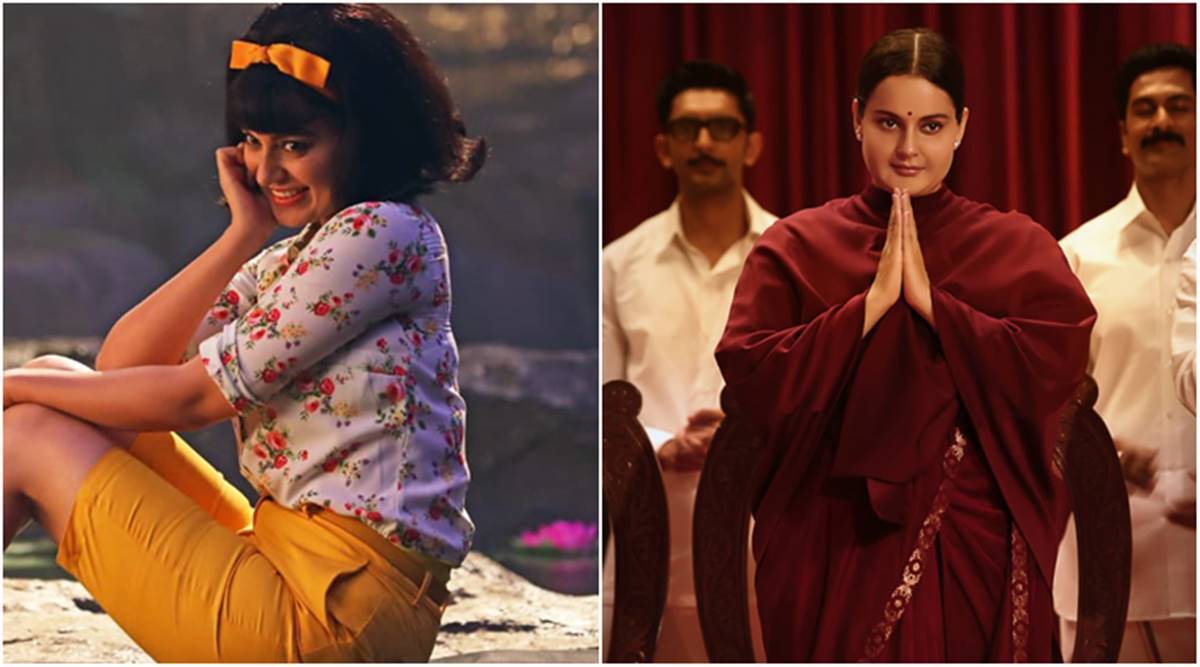 Kangana’s film Tanu Weds Manu Returns did a business of 152 crores and this film was directed by Aanand L Rai. The film was released in theaters in 2015. Kangana played a double role in this film. R Madhavan also played the lead role with him in this film. Thalaivii was directed by AL Vijay. The film was based on the life of Jayaram Jayalalithaa, the famous actress of Tamil cinema and the six-time Chief Minister of the state. In this film, Kangana Jaya and Arvind Swami appeared in the role of AGR. Who has been called MJR in the film. Raj Arjun has played the lead character and the audience is praising him.

Is Samantha Shifting To Mumbai Amid Reports Of Divorce From Naga Chaitanya? 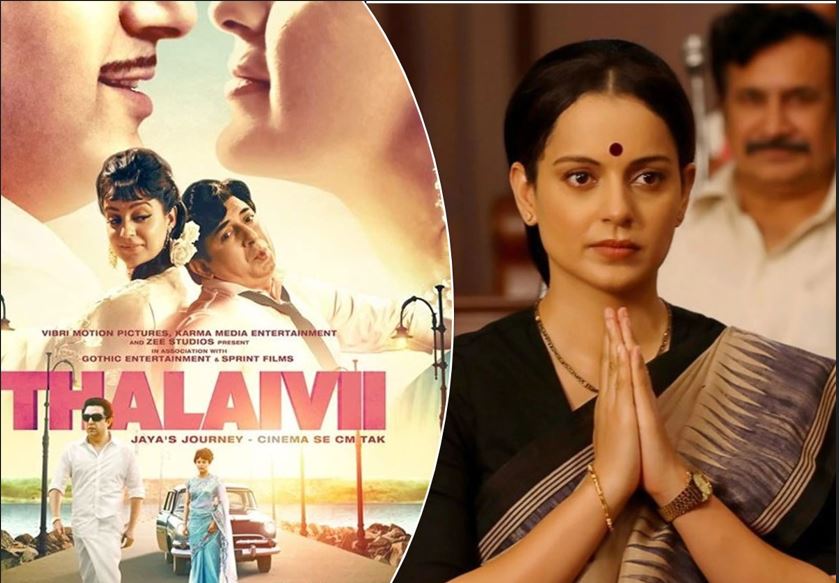 Thalaivii is streaming in Hindi only on Netflix and the Tamil, Telugu, Kannada and Malayalam adaptations of the film will release on Amazon Prime Video on October 10. Apart from this film, Kangana is also working in Dhaakad and Tejas. Dhaakad is said to be an action film in which Kangana will be seen in the role of a spy agent. At the same time, in Tejas, she will be seen in the role of a fighter pilot of the Indian Air Force. Apart from this, she is also working on a film on Indira Gandhi and the incident of the Emergency.