Earlier this week, Karan Johar created a lot of drama on social media over the end of Koffee With Karan. But, in his first statement, he didn’t mention that the show will now take the digital route. In his second statement, he confirmed that season 7 of the chat show will be aired on Disney+ Hotstar. T

he first guests would be his Rocky Aur Rani Ki Prem Kahani lead actors Ranveer Singh and Alia Bhatt. But, it is also being reported that Telugu superstar Allu Arjun and Rashmika Mandanna, who starred in blockbuster Pushpa: The Rise – Part 1, will also be gracing this season of the chat show. According to a report in an outlet, the makers of Koffee With Karan season 7 have reached out to the teams of Pushpa stars Allu Arjun and Rashmika Mandanna. With the release of the blockbuster film, Allu’s fame shot to another level. The pan-India movie saw massive collections with immense interest in South movies in the North belt as well. Rashmika, on the other hand, has been called the national crush for all the right reasons. She has an array of line-ups. It seems like the makers have invited several celebrities from down South for this season of the talk show. 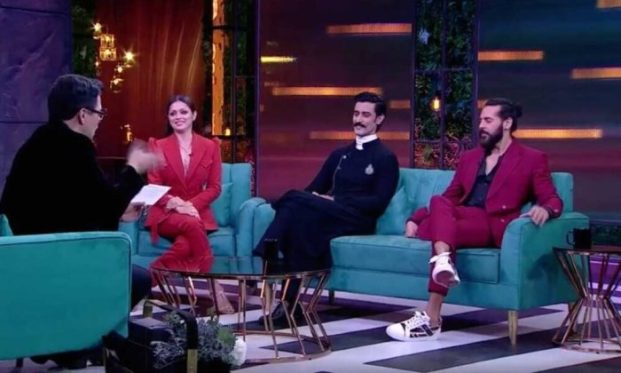 “Koffee with Karan will not be returning…on TV! Because every great story needs a good twist, I’m delighted to announce that Season 7 of Koffee With Karan will stream exclusively on Disney+ Hotstar! The biggest movie stars from across India will return to the couch to spill the beans while drinking some koffee. There will be games, there will be rumours put to rest – and there will be conversations that go deep, about love, loss, and everything we’ve all been through over the last few years. Koffee With Karan, ‘steaming’ soon, only on Disney+ Hotstar. Toodles,” Karan said on Wednesday.

On the work front, Allu Arjun is currently working on the sequel of Pushpa: The Rise titled Pushpa 2: The Rule. The film will mark the return of Rashmika Mandanna. Meanwhile, she is set to debut in Bollywood opposite Sidharth Malhotra in Mission Majnu. She is also starring in Amitabh Bachchan starrer Goodbye, helmed by Vikas Bahl. She has signed Vijay’s next project and also Sandeep Reddy Vanga’s next Animal alongside Ranbir Kapoor.