Actors Kartik Aaryan and Kriti Sanon are currently filming the next movie, Shehzada, in Delhi. On Sunday, Kartik posted a photo with Kriti, explaining why he uploaded the photo with a disclaimer. 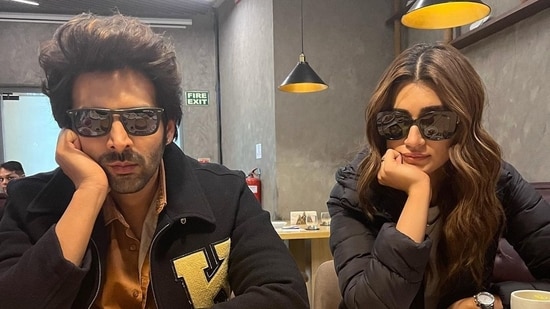 Commenting on the photo, Kriti wrote: “Wattt??? Haha… You know that’s a lie !! And you know hum dono mein sabse bada FOMO kaun hai (And you know who has the biggest FOMO between us). Kartik FOMO Aaryan.” Kartik replied to her comment and wrote, “FOMO toh hota hai (FOMO happens).”

Celebrity make-up artist Adrian Jacobs said, “Very bad @kartikaaryan she has no right to bully you.” Kartik replied to his comment, “Seriously.”

Many fans also answered in the comments. One person wrote, “My favourite onscreen couple.” While a user suggested, “You both should date each other.”

In the photo, Kartik and Kriti were sitting together and wearing black glasses while looking at the camera. 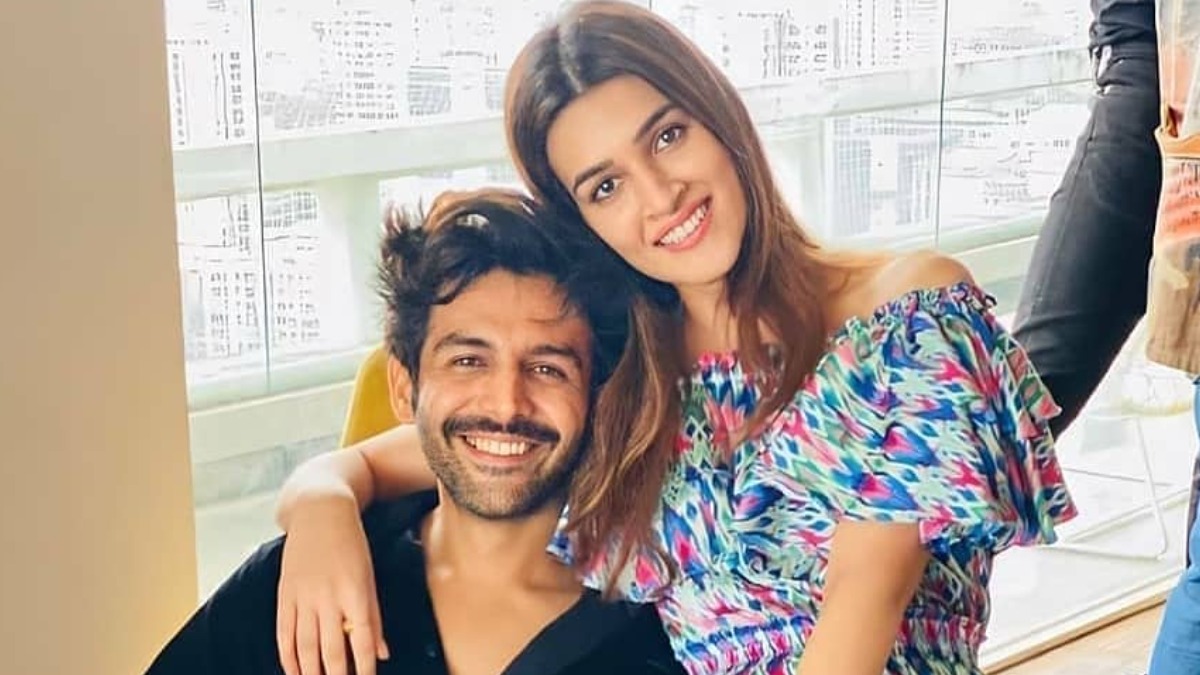 Shehzada is directed by Rohit Dhawan, brother of Varun  Dhawan. The film also stars Kriti, with whom Kartik worked in Luka Chuppi. Shehzada also stars in supporting roles Manisha Koirala and Paresh Rawal. This is the second schedule for the movie. Kartik was wrapped the one in last month.

This movie is a remake of Allu Arjun’s Telugu movie Ala Vaikunthapurramuloo, directed by Trivikram Srinivas. The film also featured Pooja Hede and Tabu.

In an interview, Kartik talked about his struggles and failures. He had said, “My struggles and failures taught me the real value of things. They have kept me grounded. Especially because of my lows, I have never let success get to my head. I will never forget to keep one foot on the ground while flying high and achieving my dreams.”

Talking about his fan following he had said, “It feels good that several titles have been attached to my name. Sometimes, my poses also get trending. A few months back, my fans started ‘Pose like Kartik Aaryan’ on social media. I am happy and feel lucky to receive so much love from people. Hope more titles get attached to my name. I hope I always live up to people’s expectations.”