KRK Made A Shocking Claim, Told That A Bollywood Actress Is A Spy Of Pakistan

KRK (Kamal R Khan), a Bollywood actor and himself a film critic, is one of those actors who speak out on socio-political issues. KRK also keeps open rhetoric about Bollywood stars and their films. Now he has made a surprising disclosure about a Bollywood actress. KRK has said that a foreign actress in Bollywood is a spy from India’s neighboring country Pakistan. He has said this through social media. KRK is very active on social media. Apart from sharing special pictures and videos for his fans, he also keeps sharing posts. Talking about the spy actress on her official Twitter account, KRK has appealed to the government to take action. 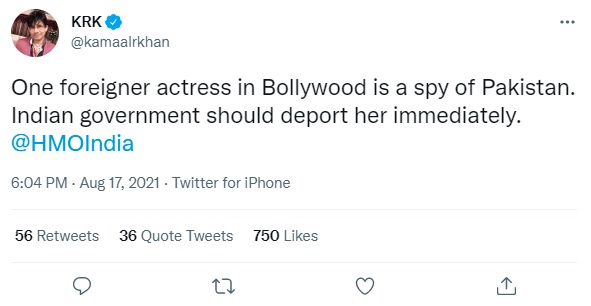 KRK wrote in his tweet, ‘A foreign actress in Bollywood is a spy of Pakistan. The Indian government should deport him immediately.’ In this tweet, KRK has also tagged the Ministry of Home Affairs. His tweet is becoming viral on social media. KRK’s fans and all social media users are giving their feedback on his tweet. Earlier, KRK was in the news for reacting to the age of actress Shamita Shetty, a contestant of Bigg Boss OTT and sister of Shilpa Shetty. Actually these days there is a lot of discussion about Shamita Shetty’s age in Bigg Boss OTT. Whatever is going on in Bollywood and his opinion by tweeting on every issue, film critic Kamal R Khan i.e. KRK has once again expressed his opinion and Bigg Boss is on his target on OTT. 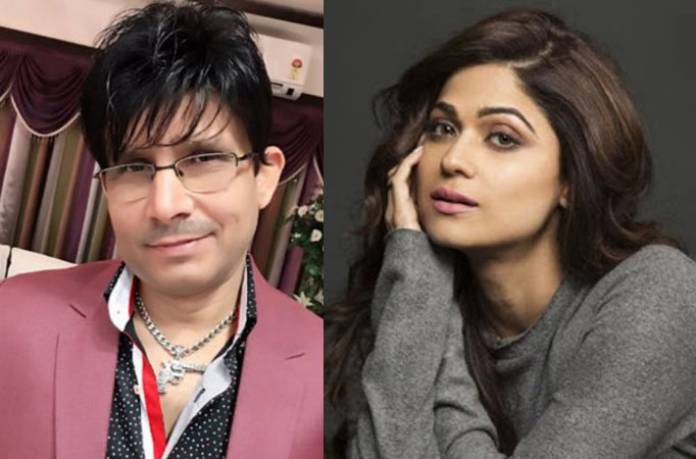 KRK has participated in Bigg Boss 3 with Shamita and tweeted, “Right about the contestants of the Bigg Boss house #ShamitaShetty! I did #BiggBoss3 with her in 2009, when she turned 35. So now she is 48 years old.’ However, Twitter users defended Shamita and told KRK that her elder sister Shilpa Shetty is not even 48 yet, she is 46, so how is Shamita 48? will happen. KRK keeps making some controversial statements about Bollywood celebrities and due to which there are controversies.