Laziness is the main reason for failure! Story Inside

Whenever we become lazy at any stage of life, we do not get the result as per our wish. It would be appropriate that I describe an incident as an example to explain the above statement. Friends, once upon a time. In the evening a saint was passing through a village with his disciple. Both of them were feeling very hungry. They both reached the house of a person nearby and knocked on the door. A man wearing torn clothes came out from inside. 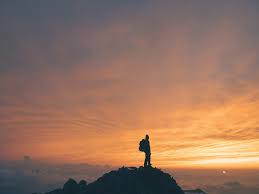 The man replied- We have a buffalo, which gives a lot of milk. I make a living out of it. It was night, so the saint, with the permission of that person, stayed at his house along with his disciple. At midnight, the saint picked up his disciple and said – let us get out of here now and we will also take its buffalo with us. The disciple did not like the words of the guru, and asked the saint, “but what would he do?” Both took the buffalo along and left silently.

This thing kept ringing in the mind of the disciple of the saint. After some years, one day the disciple made up his mind to meet the man and went to meet him. When the disciple reached near the man’s field, he saw that the vacant field had now turned into a fruit orchard. He could not believe that then the man was seen coming from the front. 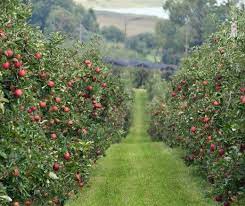 The disciple went to him and said – years ago I met you with my guru. The man-made the disciple respectfully and started telling… my buffalo was lost that day. At first, I didn’t know what to do. Then, by cutting wood from the forest, I started selling them in the market. When I got some money from them, I bought seeds and planted them in the fields. The harvest was good that year too. I used the money I got from him to plant fruit orchards.

Now my work is going very well and at present, I am the biggest fruit trader in this area. Sometimes I think that if I had not lost my buffalo that night, all this would not have happened. The disciple asked him, could you have done this work earlier also? In response to this, the person said – At that time my life was going on without any hard work. My buffalo used to give me so much milk, so I could survive and before that, I never felt that I could do so much.

Friends, if there is laziness just like buffalo in your life, which is preventing you from working hard, then you should remove it from your life today. This is very difficult to do, but not impossible. You will be able to make yourself independent after some time. There will be self-satisfaction in your life and you will get success in every sphere of life.
Be happy always. Work hard, success will kiss your feet.