Mahesh Babu Praised The Film And Its Star Cast Fiercely, Saying “It Is beyond Imagination” Read On Here!

After the film ‘The Kashmir Files’, which has been making headlines on social media for a long time, now the recently released SS Rajamouli’s film RRR has dominated the internet. The film is getting a very good response from the audience. This is the reason that this film has earned about 200 crores in 2 days. Along with this, many people are also seen praising this film. In this sequence, now South Superstar Mahesh Babu has also joined the list of praising the film. 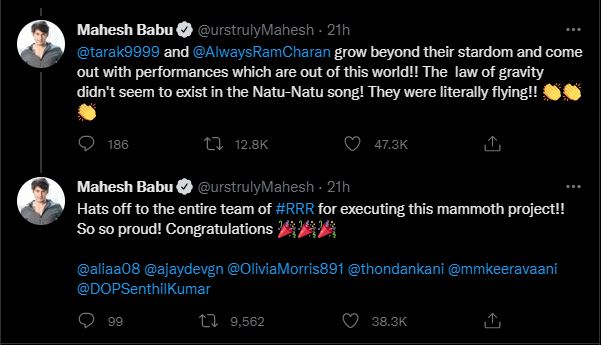 The actor has heaped praises on the film through social media platform Twitter. Tweeting one after the other, the actor heaped praise on the film. In his tweet, Mahesh Babu wrote, Salute to the entire team for making a film like RRR. Very proud. Congratulations. The actor wrote in his second tweet, Jr NTR and Ramcharan have risen above their stardom. His performance in the film is out of this world. In the song Natu-Natu, it seems as if there is no gravity. He was really flying.

There are films and then there are SS Rajamouli films! #RRR E.P.I.C!! The scale, grandeur visuals, music & emotions are unimaginable, breathtaking and simply stunning!

The praises of actor Mahesh Babu did not end here. After praising the film and its star cast, the actor also praised the director of the film SS Rajamouli. In the third tweet, he wrote, ‘On one side there are films and on the other there is a film of SS Rajamouli. RRR is amazing. The levels, the gorgeous visuals, the music and the emotions are all beyond imagination. It’s awesome and awesome. 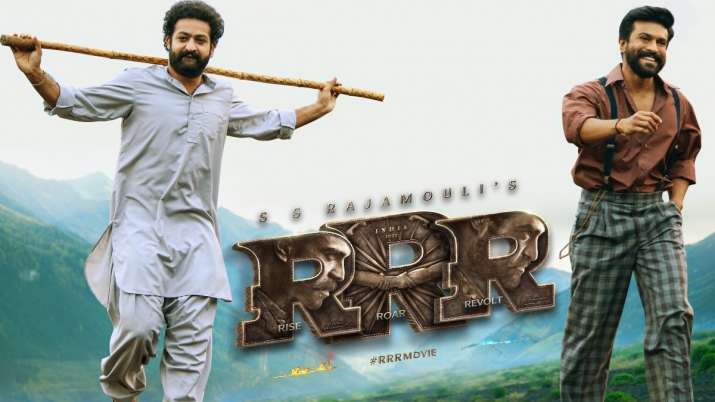 At the same time, if we talk about the film, then this film is based on patriotism. The film depicts the story of Alluri Sitarama Raju and Komaram Bheem, who fought against the British rule and the Nizam of Hyderabad. Apart from South actors Ramcharan and Jr NTR, Bollywood actress Alia Bhatt and Bollywood actor Ajay Devgn have also appeared in the film.