The video shows SRK graciously answering a reporter’s query on his Hollywood debut. Mahesh Babu’s controversial statement on why he won’t work in Bollywood has sparked heated debate in both the B-town and south industries.

While some applaud his decision, others accuse him of being egotistical and arrogant. In the midst of all of this, a video of Shah Rukh Khan’s valiant response to a question has gone popular on the internet. 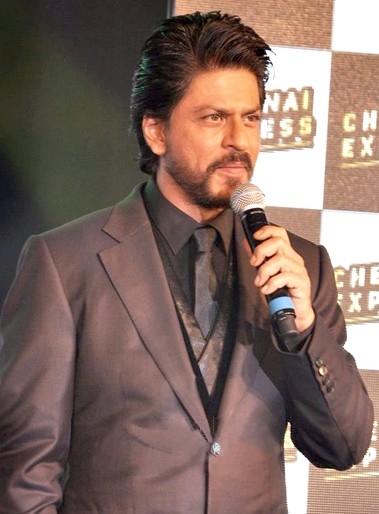 For the uninitiated, Mahesh Babu was meeting with the Telugu media during the promotion of his next film Sarkaru Vaari Paata. In the wake of Mahesh Babu’s controversial statement on Bollywood, Rukh Khan’s humble response to a reporter’s question about his “Hollywood debut” goes viral!

For the uninitiated, Mahesh Babu was asked about his Hindi debut while speaking with the Telugu media during the promotion of his next film Sarkaru Vaari Paata. “I did get a lot of offers in Hindi,” he replied, “but I don’t think they can pay me.” I don’t want to waste my time in a field that cannot support me. I never considered quitting my industry and entering another because of the celebrity and respect I have here [in the South].

“I’ve always wanted to make movies and become famous. My dream is now becoming a reality, and I couldn’t be happier,” he said.

Many Bollywood stars and fans were angered by Mahesh Babu’s remark. In the midst of all of this, an old video of Shah Rukh Khan interacting with the media is circulating on Reddit. The video shows SRK graciously answering a reporter’s query on his Hollywood debut. “Mr Shah Rukh Khan, you’re the greatest Bollywood celebrity, but what about Hollywood?” a reporter asks in the video. Have you considered working in the dream factory? “My English is not excellent,” SRK responded to this query. Maybe if they cast me as a dumb person who doesn’t talk…” I’m not trying to be modest, but I’m 42 years old, a bit brown, I don’t have any specific USPs as an actor, I don’t have any speciality as an actor, I don’t know kung-fu, I don’t dance the Latin salsa, I’m not tall enough,” the actor continued. Anyone my age in the Western world, I’ve watched some of the newer European films, and I’ve also seen a lot of what you term the dream factory pictures. I believe there is no room for me, no place for me because I do not believe I am that talented.

I’d like to stay in India and, perhaps, introduce Indian cinema to the rest of the globe. That’s the goal I’m aiming for.” He’s such a gentleman, isn’t he?

Which response from Mahesh Babu or Shah Rukh Khan did you find most satisfying? Let us know what you think in the comments section below.