Malaika Arora Expresses Love for Arjun Again! Said This By Sharing A Picture

Bollywood actress Malaika Arora is dating actor Arjun Kapoor for a long time. Both have always been openly expressive about their relationship. Not only this, but the couple also shared their love for each other through social media. Now, once again Malaika Arora has expressed love for her boyfriend Arjun Kapoor.

Sharing this picture, Malaika wrote, “Hey handsome.” This picture is becoming very viral on social media. Fans are showing a fondness for the picture. Let us tell you that in the past, rumours of Malaika Arora and Arjun Kapoor’s breakup started flying. 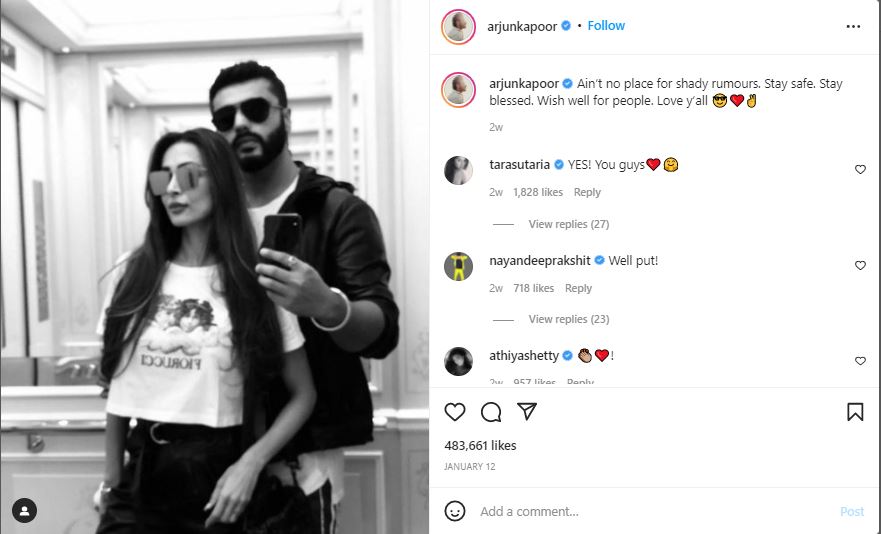 However, for some time Arjun Kapoor denied these rumours by sharing a picture of himself with Malaika Arora. With this, he had termed the breakup rumours as false. In the caption of the picture, Arjun Kapoor wrote, “There is no room for shady rumours.” 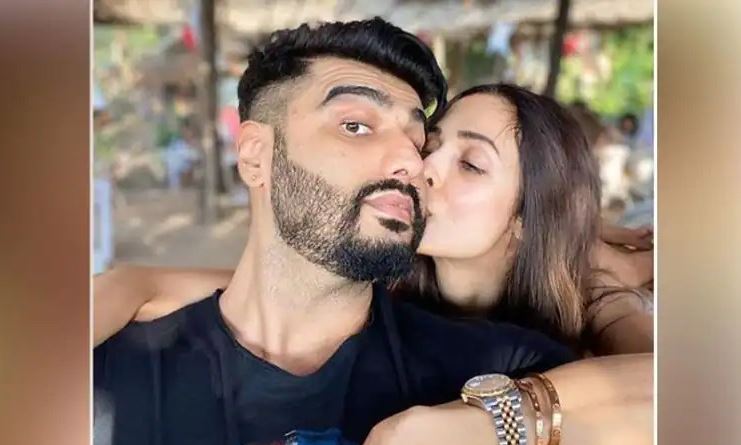 The video became increasingly viral on social media. Talking about Arjun Kapoor’s films, he is working in Ek Villain Returns and Kuttey. He was last seen working in the film Bhoot Police.