Malaika Arora Got Trolled For Her Bold Dress In Farhan-Shibani’s Wedding Bash!

Farhan Akhtar and Shibani Dandekar recently tied the knot with Christian rituals. Both had kept their marriage private, but their wedding celebrations are not over yet. Last night, filmmaker Ritesh Sidhwani threw a party to celebrate the wedding of Farhan Akhtar and Shibani Dandekar. Many celebrities attended this party. In these, Kareena Kapoor, Malaika Arora, Amrita Arora, and Karisma Kapoor entered together. All the four actresses were in bold black looks but whose look was discussed the most was Malaika Arora. She is being trolled fiercely because of her dress and people even ask her whether she got inspiration from Urfi Javed. 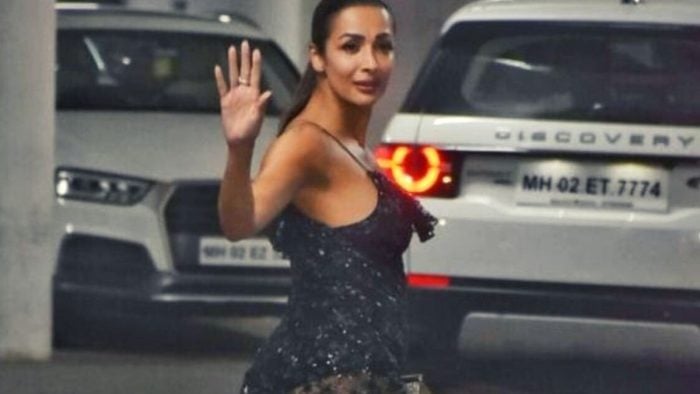 Actress Malaika Arora, who has always been making headlines for her bold looks, has once again come under the target of netizens due to her dressing sense. The actress along with her girl’s gang reached Farhan Akhtar and Shibani Dandekar’s party wearing a transparent black hot outfit. However, this bold style of the actress was not liked by the people and due to this, she had to face trolling. 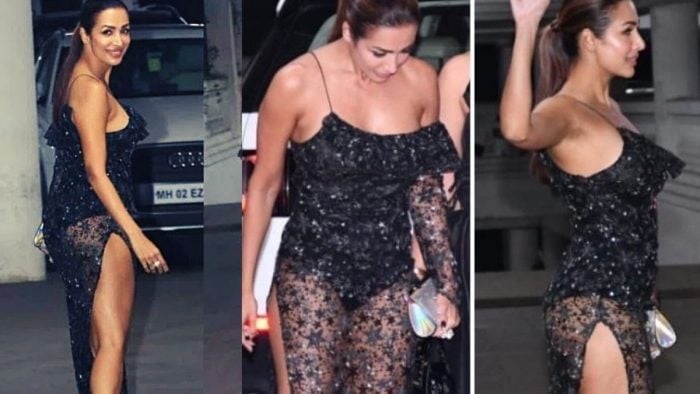 Seeing the bold dress of Malaika, who became a victim of trolling, a user wrote, “Meaning to wear anything, who reaches the wedding wearing such clothes.” Then another described her dress as a fishing net and wrote, “The net has been put on the swimsuit, for fishing.” Another wrote, “Who wears so many ugly clothes to the wedding.” At the same time, one wrote – “Sunny Leone does not even perform so much now.” She became so gritty about the actress’s dress that a user told her stylist ‘Urfi Javed’ of this dress. 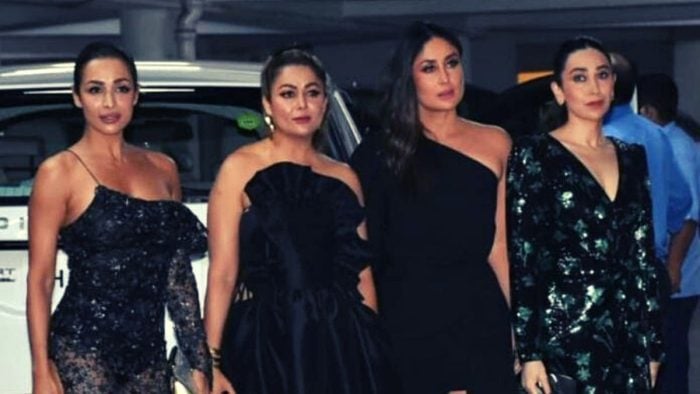 Along with Malaika Arora, the Black Look of Girl Gang, the function was also attended by big personalities like Karisma Kapoor, Amrita Arora, Kareena Kapoor, Deepika Padukone. All these people were seen in black outfits. A video is becoming fiercely viral on social media, in which Malaika and her girl gang are seen reaching the function. In an all-black look, the four beauties had a lot of fun at this party.