Masterstroke To Get UP?

It had seemed unlikely that BJP would have faced challenges in the elections in Uttar Pradesh, five years back after its victory. As written many times in this editorial page, BJP won the Uttar Pradesh state elections five years back by the process of taking the entire country under demonetisation of currency notes. It had technically eliminated the availability of cash with the other political parties, which destroyed their campaign to such an extent that the rival to BJP political parties seems to have become dormant. The installation of Chief Minister Yogi has not technically done wonders for the image of BJP in the last five years. He may be a good worker for the nation but as a populist leader, he lacks charisma, does not have the ability to lead, oratory is very average and with a strange accent which is unappealing and does not have the ability to pull strings like a leader can, for example, PM Modi.

Repealing the three farmer laws is technically a political move to win two elections, or at least try to. In Punjab, where the farm laws seem to matter the most, BJP is a distant third political party. In UP, it has to save its turban. Hence repealing the farmer bills could somehow lever the chances of winning and turning the electorate. As written earlier in this column, the farmer leaders who apparently came to Delhi were from Punjab, and seemed to have been funded by the Congress and the Aam Aadmi Party. With the culling of these laws the Sikh leaders, Rakesh Takait, Congress leadership and Kejriwal have been left in the lurch as they have nothing much to say except that this announcement of the PM is not a masterstroke yet until it is passed by the Parliament. Even though home minister Amit Shah has to eat his words, this is politics at its best, and the readers ought to remember the play in Maharashtra state elections where the government changed three times in probably 24 hours or even less. 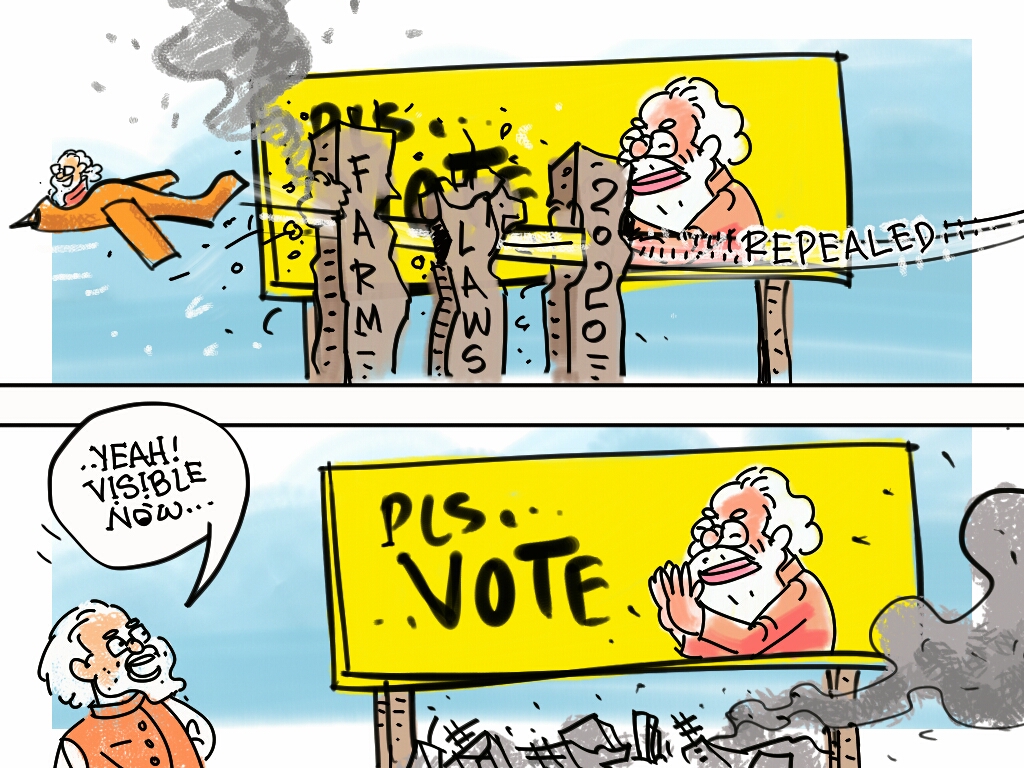 The Parliament will definitely pass the repealing and it will further create chaos in political parties other than the BJP to come up with another rhetoric to tackle the upcoming state elections.

Another reason for this announcement could be that the Muslims have been banned from holding their namaaz in the streets and that the Gurudwara has allowed them to use their premises each Friday. So it could be getting the Muslim vote banks through the Sikhs- though that strategy looks like a distant fetch.

Most importantly, we have the former Chief Minister of Punjab waiting in the wings of the BJP to float a party, he being the same person who had once funded, backed and empowered the farmers to go and conquer the city of New Delhi. He had vocally advocated that the farmers have the right to protest and that he is with them. But now this is politics at its best, where he has been ousted from the Congress, and at the age of 90 wanting to harbour with the BJP through a new political identity. With these laws repealing BJP could try to make an entry into Punjab through captain Amarinder Singh, an idea which does look far fetched but still it could be a beginning for BJP for a step in Punjab. 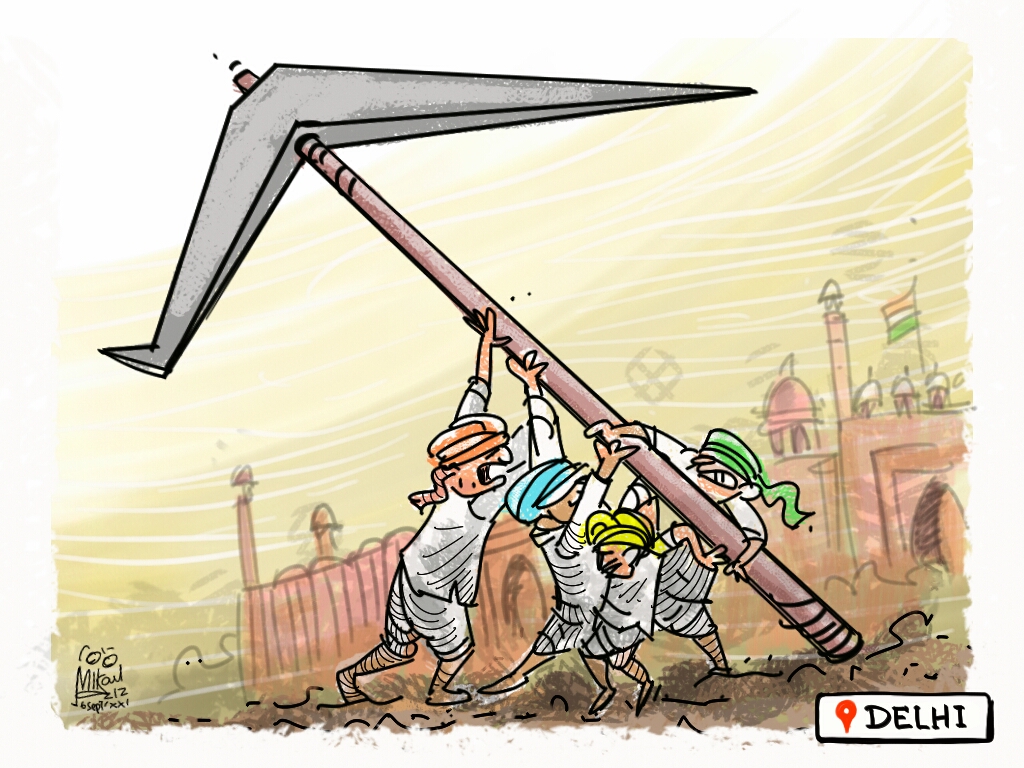 The larger question is that the electorate of the states is not essentially only the farmers. It is an agitation that has created myopia, that the farmer is the main constituent of the forthcoming state elections vote bank. The urban rich, the migratory population of all metros have been besieged without any fault of theirs in this agitation is also a vital part of the vote bank and in many areas decisive. Their vote casting decision to any political party may be very different from that of farmers. It appears that this angle is being overlooked by the political pundits advising political parties. Obviously, the farmers’ bill affects the economy of the western UP and that of Punjab which is crucial in the forthcoming elections, but does it do that totally?

Though the most interesting thing that seems to have happened is that the farmer leaders like Rakesh Takait who wanted to have a large pie in the settlement from the BJP have been left high and dry, along with the other smaller farmer leaders. And then there was this question of the deputy Chief Minister of Uttar Pradesh whose son is in prison in the hit-and-run case of the farmers’ rally. That though is a legal criminal matter, but the BJP may get some respite by repeating these farm laws. The most interesting thing will be to see Home Minister Amit Shah reacting to his staunch stand that bills one passed cannot be repealed.

In all the mess and political string-pulling, the common man is left to tackle the rising prices, unabated pollution in north India and an economy on which no one knows which side it is sitting on.