In 2018, Milind Soman’s marriage with Ankita Konwar took many by surprise, due to the wide age gap between them. Soman was 52 at the time and Konwar was 26. The couple had to face much trolling and questioning about their relationship, but they took it on the nose and their love has just grown stronger over the years. 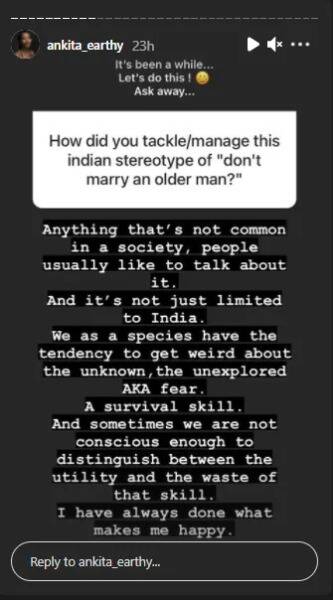 Recently, an Instagram user asked Konwar, “How did you tackle/ manage this Indian stereotype of “I don’t marry an older man?” Konwar shared the post on her Insta story, answering, “Anything that’s not common in a society, people usually like to talk about it. It’s not just limited to India. We as a species tend to get weird about the unknown, the unexpected, AKA fear. ” 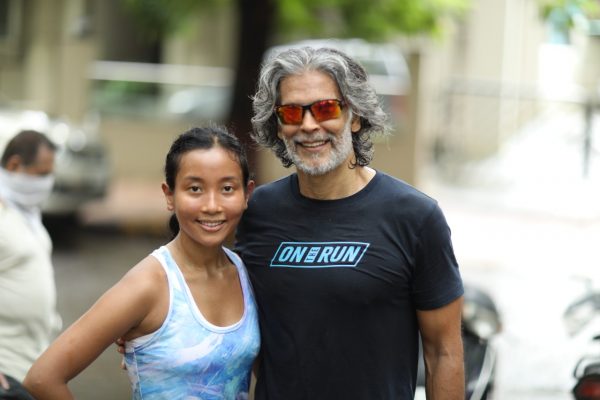 Sparks flew at the nightclub, and they both kept ‘looking at each other’. Finally, her friends pushed her to go and dance with him and so she did. She took her time in falling in love, even though Soman convinced her that he was the man for her. “But I still couldn’t bring myself to get fully involved. Until one day, I told him that because of my past, with my boyfriend, there was a part of me that couldn’t let go. To which he said, ‘When I fell in love with you, I fell in love with all of you. Even the part that carries the burden of your past. So don’t be afraid, we’re in this together.’ That’s when I knew–this was the man for me!” This was all the way back in 2013. After five years of dating, they decided to tie the knot. 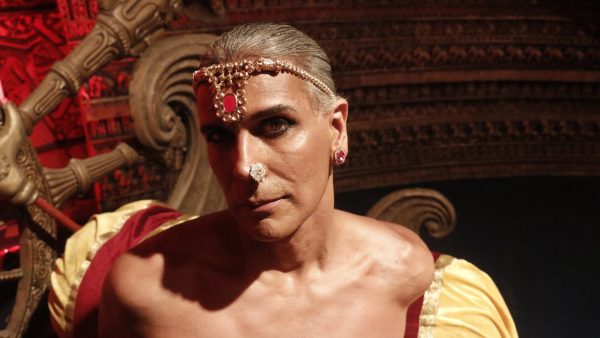 In terms of work, Milind Soman was last seen in the web series Paurashpur. He also featured in the second season of Amazon Prime’s web series Four More Shots Please! He became a household name after featuring in Alisha Chinai’s 1995 music video Made In India. Milind has featured in films like Chef, Bajirao Mastani, and 16th December among many others. Milind is also a supermodel, a marathon runner, and now an author.